Man Hits Fiancée With Baseball Bat, Pours Boiling Water On Her To Clean Up The Blood

A Liverpool man beats fiancée wife with a baseball bat, a stick, and a machete handle, before pouring boiling water to clean up her blood. 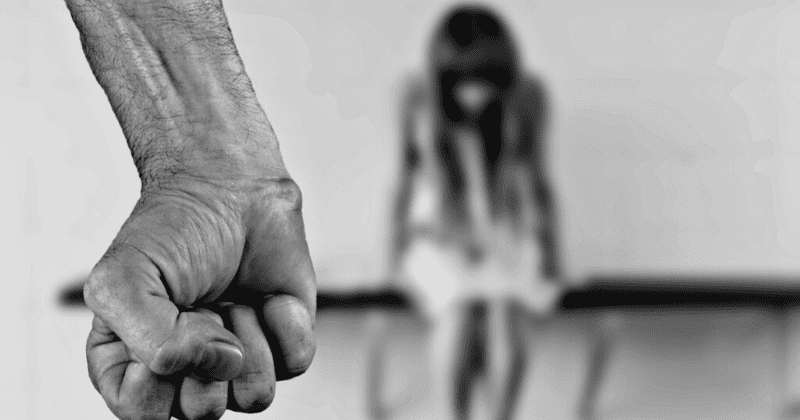 A man has been sentenced to jail after he physically assaulted his fiancée with a wooden baseball bat, a stick, and a machete handle before going on to pour boiling water to clean up the blood, leaving her in a mountain of pain. According to Echo, the incident occurred in Liverpool, England on November 26, 2019, after an argument ensued between the couple, a day before they were supposed to get married. Thomas Taylor and his partner were living together in their home when the incident occurred. In a bid to escape the torture, the woman reportedly jumped from the first-floor window before hobbling away into a nearby park, where she spent the next 24 hours.

Her own fiancé poured boiling water on her to clean up her bloodhttps://t.co/ShR0Uhidyh

The woman was in such bad shape she hoped to catch hypothermia and die before an unknown driver saw her and called the ambulance service to get her the necessary medical treatment. As per reports, Taylor appeared in the Liverpool Crown Court on Tuesday, June 16, and said that he suffered from post-traumatic stress disorder (PTSD) which led him to engage in the abusive behavior. Speaking in the court, Taylor said he suffered from the condition since February 2019 after his brother was murdered in front of his eyes and a failed attempt was made to kidnap him. Arguing the case for Taylor, his lawyer Paul Becker detailed how the defendant was the first to arrive at his brother's death scene, while he himself was assaulted, resulting in PTSD. Becker said Taylor's car was rear-ended by a 4X4 SUV in a botched kidnap attempt on his client.

I truly hope the fellow prisoners give him special treatment he deserves.

Meanwhile, presenting the case for the victim, prosecutor Katy Appleton told the court that when the police arrived at the couple's house to investigate a missing person's report, Taylor allegedly "didn't seem overly concerned." He reportedly told the police that he had an argument with his partner the previous evening following which she left the property. "He didn't ask any questions about their inquiries and seemed more concerned if they wanted to make a public appeal," Appleton said. Reportedly, Taylor said he was concerned due to his brother's death, who was murdered in front of his daughter.

The police investigation revealed the reason behind the argument which left the woman battered and bruised. Reports suggest it began when a card signed by one of her ex-colleagues, named Ryan, arrived on November 26. Ryan’s signature triggered an argument between the couple as Taylor claimed he did not know Ryan, and that he feared his fiancée was cheating on him. The woman said she had been forced to quit her job due to such arguments previously and when the card arrived, she was grilled with persistent questions from the man she was in a relationship with for the last eight years.

As the argument escalated, Taylor hit her multiple times with a baseball bat, a stick, and the handle of a machete. The woman was also hit on her legs, feet, and stomach. When the victim tried to get away, she was pulled back and hit some more. When she got the chance, she jumped out the window and headed to Newsham Park, reportedly telling the police she "couldn't take it anymore" and "didn't want to live anymore". An examination at the hospital revealed she suffered a broken nose, two broken fingers, four broken ribs, and a broken wrist.

That’s attempted murder I’m not arsed. Don’t do all that to someone and have any regard to their life.

Taylor was arrested two days later on November 28 at a Liverpool hospital where he had admitted himself. According to the police, he was calm throughout the arrest procedure with a psychiatric report stating that his behavior was suggestive of PTSD. Hearing the case, the judge sentenced him to two years and six months in prison after he pleaded guilty to Section 20 assault.

Justice system in this country is a mess. A person growing a plant gets twice as long in jail as a paedophile and this guy gets a couple of years for attempted murder!!