"The kind of beating that he delivered to this girl just looked like to me he had every intention of killing her," an eyewitness said. 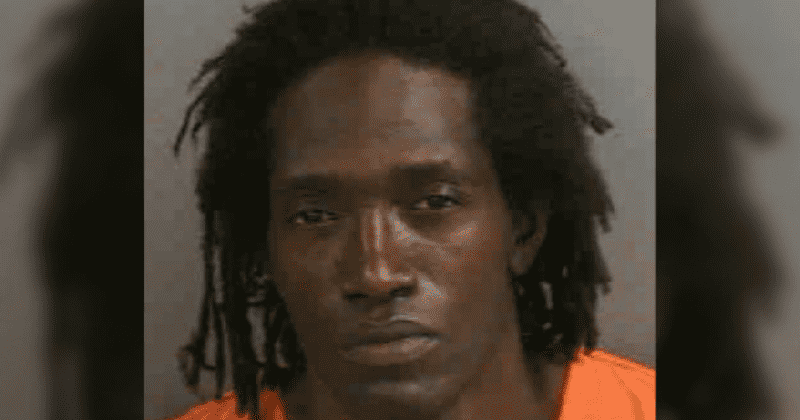 A man was arrested on Tuesday at the Coastland Center mall, Naples, Florida after he beat a teenage girl unconscious because she refused his advances. A witness who watched the event unfold called the Naples Police Department who arrived at around 4 p.m. to answer the assault in a mall food court. As per WINKNews, Bruce Gordon, 37, told police he beat the victim in self-defense after she allegedly accosted him unprovoked. This statement is in direct conflict with eye witness reports who stated that Gordon turned violent after the juvenile victim rejected Gordon's flirtatious advances at the Panda Express line.

Ditto but for the black people.https://t.co/JLA2X8d90t

Per reports, Gordon swore at the teen, left for a brief moment, and then returned to punch her repeatedly in the face before kicking and stomping on her while she remained unconscious and wouldn't stop until a bystander threw a chair at him. Another witness even said that Gordon may have killed her had the bystander not put a stop to the attack. Gordon was having a regular lunch and things changed when he saw the girl. "Directly in front of me was a 17-year-old looking girl with what appeared to be her grandmother", the witness said. He went up to the girl with hopes of starting a relationship. "I guess he wanted to start some sort of romantic relationship with her but he was very close and very intrusive."

The girl said no and asked him to leave her alone after getting annoyed by his barrage of flirtatious advances. "It seemed to just happen and fizzle away. The suspect then walked away," the witness recalls. Gordon became "irate" and called the girl a “b----” before heading to his table. However, the assailant was far from done. He returned moments later, approached the victim at the table she was sitting in with her grandma, and then punched her. The witness said: "Delivered this blow to the person’s face and the victim immediately fell like a sack of potatoes. If I were hit in that manner I would have fallen in the same way,” he said. "Then after that, he was continually pummeling while she was on the floor completely unresponsive. The kind of beating that he delivered to this girl just looked like to me he had every intention of killing her."

People around began throwing chairs at Gordon as they couldn't bear the see the brutal attack with the witness himself yelling at the assailant before following him and taking pictures for evidence while waiting for the police to arrive. He now hopes that the teen gets justice for what she had to go through. "This person I don’t believe should be allowed to live amongst us. He needs to be locked up. And they need to throw away the key because this person is completely deranged," he said. According to MiamiHerald, paramedics treated the victim at the mall for a cut to her forehead, "large knot on the back of her head and multiple bruises on her chin and lip."

The teenager was reportedly taken to the Naples Community Hospital where she was treated for injuries on her face, jaw, lips, and head and also for severe concussion. The man has been taken into custody on a battery charge which was later upgraded to a felony due to a prior battery conviction. He was sent to Collier County Jail on Friday on a $25,000 bond where he will spend his time till his court hearing on November 2. The victim's mother is distraught by the injuries and is now looking to have Gordon prosecuted on the girl's behalf.