25-year-old Salman Mirza and his fiancée reportedly substituted epoxy adhesive for a condom. 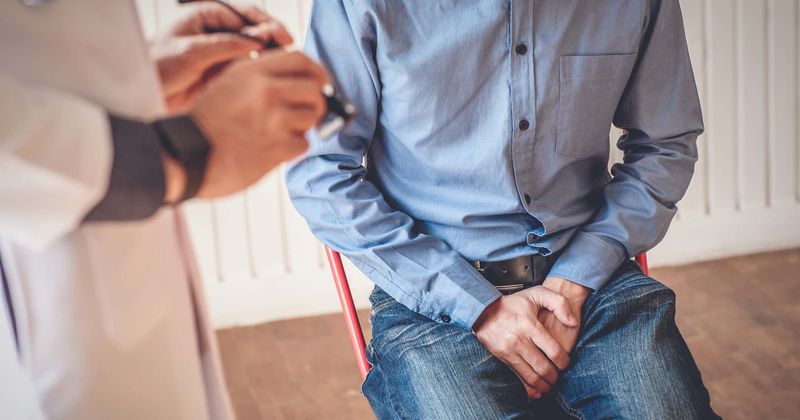 "No condom? No problem," thought a couple when they realized neither of them was carrying protection. Deciding to get creative, they used glue to shut the man's penis, thinking it would ensure that the woman would not get pregnant. What they thought would be a foolproof—in this case leakproof—solution to their problem, ended up having catastrophic results. The shocking incident unfolded in the Indian state of Gujarat, where 25-year-old Salman Mirza and his fiancée reportedly substituted epoxy adhesive, a strong waterproof glue used to bond materials like glass, metals, ceramics, wood, concrete, and plastics, for a condom.

His name is Salman Mirza. Of Gujarat.
Man, 25, dies after ‘using glue to seal his penis shut instead of a condom’ in drug-fuelled romp with his girlfriend.
Totally dumb. Ought to be.
https://t.co/cVkHYTbYV7.

On June 22, Mirza and his partner reportedly arrived at a hotel in the city of Ahmedabad, where they did the deed. Per the New York Post, CCTV footage of the hotel in the Juhapura neighborhood captured the couple, who were addicted to drugs, entering the hotel along with another woman who was in an autorickshaw. The following day, his friend, Firo Shaikh, found him lying in a bush near the hotel in an unconscious state. He immediately brought him home where his condition continued deteriorating. Although he was rushed to the Sola Civil Hospital, Mirza died there of multiple organ failure. The reason behind his sudden death was uncovered only after his family filed a police complaint.

Apparently, Mirza and his fiancée were under the influence when they came up with the plan to use glue to shut off his penis. "They used to abuse a drug that involved a whitener and the adhesive, which is inhaled to get a kick," revealed a police officer investigating this case. Speaking to New18, he continued, "They used the adhesive to avoid pregnancy. Unfortunately, the adhesive damaged Salman’s organs, and he died due to multiple organ failure." Mirza's friends told cops that they believed the deceased became unconscious after inhaling the chemical substance, while the adhesive on his manhood sped up his deteriorating condition.

Police also noted that the application of the industrial-strength glue could have been a contributing factor in his death. "We are waiting for the report on the deceased’s viscera sample that has been sent for forensic examination," Premsukh Delu, deputy police commissioner, told the Times of India. Now Mirza's family has alleged that his former fiancée was the one who applied the adhesive to his private parts. The 25-year-old was the sole bread-winner of his family which comprised his elderly parents and two sisters. Mirza's relative, Sayrabanu Mirza, has filed a complaint with the Vejalpur police on June 25 calling the death accidental.

Police say a man may have died after using a high-powered epoxy resin to seal his private parts during intercourse to ensure protection from pregnancy. https://t.co/aJn9z4XpVI

Time and again, health officials have warned against the usage of household items, including plastic wraps, sandwich bags, aluminum foils, and even balloons, in place of condoms. The reason being, the other items could cause infections and microscopic tears on the body. Meanwhile, glue was not added to the list thinking it's an obvious no-no, but clearly, not everyone thinks so. "Please, don't try to impress your partner by trying to MacGyver a makeshift condom from household items," says sex and relationship expert Jamie LeClaire according to Healthline. And I think people should pay heed to LeClaire's advice.

"They won’t stay on the penis for one," adds MD, author of PCOS SOS: A Gynecologist’s Lifeline to Naturally Restore Your Rhythms, Hormones and Happiness, Felice Gersh. The sharp-edged of plastic bags can actually damage your skin while "using a balloon can cut off circulation on the penis," explains Gersh.