The man saw the baby face-first in the water and jumped to rescue her without a moment's hesitation. 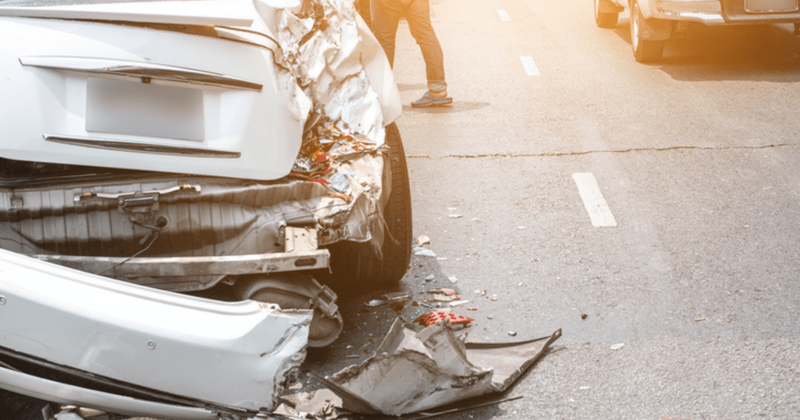 It was a busy Sunday evening on the Route 90 bridge in Ocean City, Maryland, and things only seemed to go from bad to worse as a freak crash involving multiple vehicles caused utter chaos and traffic to come to a standstill. An anonymous man involved in the crash got out of the car to see one of the cars dangling off the guardrail, almost falling into the bay below. Then, a few people on the scene screamed that a 23-month-old baby had just fallen into the Assawoman Bay below. A man clad in a red shirt immediately looked down to see the baby fell face-first into the water. Without a moment's hesitation, he jumped several feet down and successfully rescued the toddler, CNN reports.

The man, who refuses to be named publically, is now being hailed as a "humble hero" for risking his own safety to save the little girl's life, authorities revealed on Monday. "He just jumped into action," Ryan Whittington, firefighter and medic at Ocean City Fire Department, told the outlet on Monday. The jump was risky, according to Whittington, not because it was more than 25 feet, but because the water was just 5 feet deep, which meant the man could crush himself if he had an awkward landing. Luckily, none of that came to be and the two were then rescued by boaters in the bay. Fire and police units arrived at the bridge a little over 2:45 p.m. on Sunday to find a vehicle half over the guardrail and several people injured.

Rob Korb, a life member at the Ocean City Fire Department and a senior deputy fire marshall in Worcester County said he stumbled on the incident while running a few errands. "The real hero in this situation is the good Samaritan that jumped in to provide life saving measures for the infant. I'd like to shake his hand or buy him a beer or both someday," he said. Firefighters managed to secure the vehicle with the necessary tools as paramedics treated the injured patients. All in all, a total of seven people were then take to local hospitals to get further treatment for their injuries. Joe Oertel and his daughter Alayna Oertel were on the boat that took the man and the child on board after the accident occurred. The father-daughter duo raced their boat to the scene and quickly threw a life jacket before pulling them onboard.

(Ocean City, Maryland)After an accident on Rt90 bridge Sun afternoon sent a 2-yr-old into the water, a bystander didn’t hesitate to jump off bridge into the Assawoman Bay to rescue her. Hero prefers to remain anonymous & the child is in stable condition at Johns Hopkins Hospital. pic.twitter.com/nDryGpU7w4

"He was jumping into the unknown as well, you know, he just saw a baby and went. That’s remarkable. That’s a hero there," he told the Baltimore Sun, adding that the man was in "tremendous shock". Meanwhile, Alayna added: "The little girl did not say anything, but she was coughing and she was crying, so that was a good sign." Post the rescue, the baby was airlifted to John's Hopkins Children's Hospital, according to the department, where she is expected to make a full recovery. At the moment, the cause of the crash is being investigated by authorities but the department assures that all the victims are out of danger. In Whittington's eyes, the outcome was successful, "For as much tragedy that you see there," he told CNN, "the outcome has really been a successful one. It was a very fortunate day for a lot of people who experienced traumatic injury."

A Good Samaritan is being hailed as a hero after jumping into the Assawoman Bay to save a baby that was ejected from a vehicle and over a guardrail into the water following a multi-vehicle accident in Ocean City. https://t.co/6HWIesl4oc

On social media, people were waxing lyrical about the man's unselfish act. "Let's get this hero's face all over social media and the news. They deserve to be recognized for their amazing actions. Absolutely amazing!!! I'm praying for everyone involved!!!", a user wrote on the fire department's official statement, a claim that was seconded by over 2.3K people.

JUST IN: Video of the water rescue of a 2-year-old girl who was ejected from a car in an accident on a bridge Sunday in Ocean City.