He woke up on the same day that the family was supposed to take him off the ventilator. 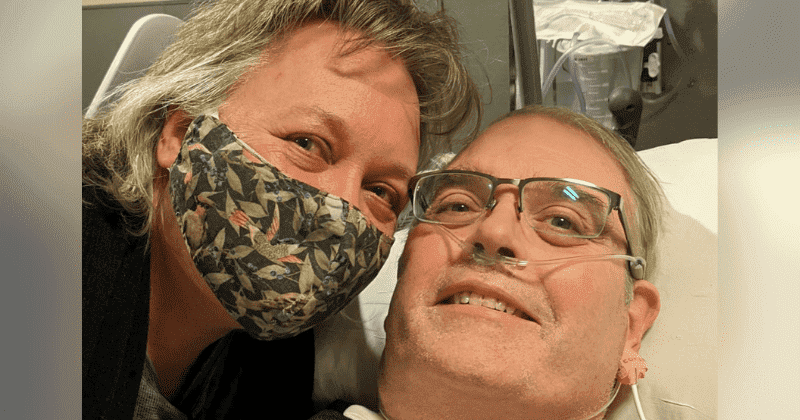 David Williams, 58, contracted COVID-19 and soon went into a coma. His wife Staci Williams waited for more than a month and a half, hoping against hope that he'd wake up. But, with each passing day, doctors told her he was less likely to do so. So, Staci decided to pull her husband off his ventilator and give him a proper send-off with a funeral. She even enlisted the help of a family friend to be the pallbearer at the ceremony. Then a miracle happened. On the day they were supposed to pull off the ventilator, Williams woke up, leaving everybody stunned.

Speaking to KSHB, an overjoyed Staci said: "We had planned the day after Thanksgiving to have the ventilator turned off and they didn't think he would survive very long, and the day after Thanksgiving when we showed up, he opened his eyes." Dr. Scott Kujath, the family friend, added: "Then, that Friday I got a phone call saying the funeral was canceled and that's just amazing. I’m a physician, I understand the science of medicine but the art of medicine is fabulous and when God's got a plan other than ours he can work miracles, still." Williams got a new lease on life that day, as he was taken off ventilator for the reasons initially thought of, as well as the dialysis machines, and even his kidneys begun recovering. "I just see it as an opportunity to come back and finish out my life story,” he said, explaining what it felt to wake up after what many presumed was certain death.

But on the day Staci Williams planned to take her husband off the ventilator, he woke up — stunning doctors and loved ones alike. https://t.co/hIjcpabH5E

In fact, his situation was so dire, doctors said he had a 1% chance of survival, and his wife Staci was told it was out of their hands and that she should consider turning off the machine. That's when Kujath interjected to buy some more time, which turned out to be a life-saving move. "I flat out said, I don't think it's time. And I don't have a good reason why, I didn't have a medical answer as to why, but it just didn't seem like it was that time yet." Williams had already lost friends and his own father to the virus, which meant his survival was incredibly special. "They had my funeral planned but luckily it was too early!" he shared. Kujath, who has known Williams for years having been in the same prayer group at their church, said it was the prayers of their friends that saved his buddy. "I think there's been a lot of people in the Kansas City area as well as friends that we have internationally that have been praying for David this entire time and I do believe that's made the difference because I can't explain it with science," he added.

This is the first-ever funeral to be canceled in Williams' church group and he's dumbfounded by how fortunate he has been. Spilling his thoughts on the disease, he said: "There is hope, we don't have all the answers on this disease yet and we're getting surprises every day. It's just a miracle and I'm grateful to be the recipient." The family adds that people need to be strong, and in strength comes hope, they say urging people to never give up. Staci added: "That strength that you just can't understand was there. And that’s the story that people need, is that hope and that love." Kujath has since started a GoFundMe campaign to help Williams and his family deal with the costs of his treatment, of which there are plenty, considering he was an uninsured, self-employed man when the misfortune occurred. So far, the campaign has received over $13,000 of the $50,000 target.