Man Arrested For Trying To Sell 4-Year-Old At Gas Station For $2,500

A witness reportedly heard the man offer to sell the 4-year-old boy to two different people and called 911. 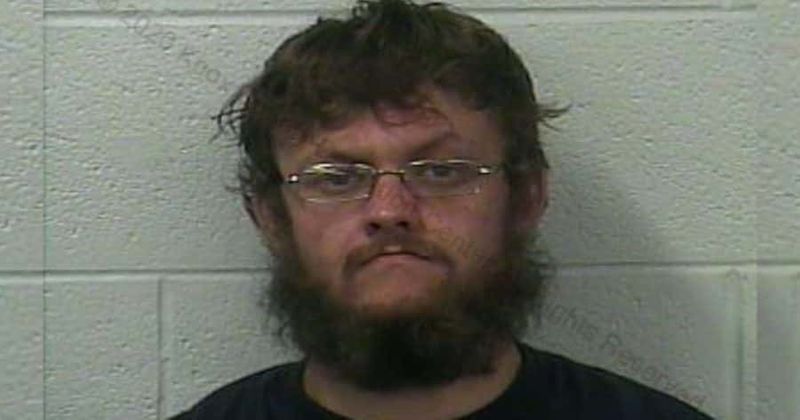 A 29-year-old Kentucky man has been charged with promoting human trafficking after he allegedly tried to sell his girlfriend's child for $2,500 at a gas station. In a release issued on Wednesday, Kentucky State Police said the vehicle of the suspect, Harry Day, was reported to KSP on Sunday while he was at the Speedy Mart in Corbin, Kentucky, reports WYMT. A witness reportedly heard Day's offer to sell the 4-year-old boy to two different people and called 911 to report the license number of the car and a description of the white Nissan.

State troopers found the boy at his mother’s house along with methamphetamine and drug paraphernalia.

She was identified as Gertrude Henson, 26.https://t.co/m0DU4F0Had

According to Lexington Herald-Leader, officers tracked the car down to a residence in Corbin and found the boy at his mother's house along with methamphetamine and drug paraphernalia. Both the boy's mother — identified as 26-year-old Gertrude Henson — and Day admitted to using meth earlier that day, said police. In addition to human trafficking of a child under 18, Day has been charged with driving under the influence and other charges. Meanwhile, police charged Henson with possession of meth, possession of drug paraphernalia, and two counts of endangering the welfare of a minor.

As per the Knox County Detention Center, Henson is due back in court on August 25, reports Fox News. Court documents reportedly show Day entered a guilty plea to a misdemeanor charge of promoting human trafficking of a child under 18 and was sentenced to one year in jail on that charge. Authorities say human trafficking — also known as modern-day slavery — "occurs in every state, including Georgia. The [National Human Trafficking Hotline] works closely with service providers, law enforcement, and other professionals in Georgia to serve victims and survivors of trafficking, respond to human trafficking cases, and share information and resources."

Harry Day in Kentucky tried to sell a kid for meth and got less than a year sentence 🤦🏽‍♂️🤦🏽‍♂️🤦🏽‍♂️ God Bless America.

According to NHTH statistics, there were at least 136 human trafficking cases reported in Kentucky last year. Meanwhile, the State Department’s annual Trafficking in Persons Report reveals that on a federal level, the Justice Department secured convictions against 475 human traffickers in 2019, in which 454 involved sex trafficking and only 21 involved labor. "While urgency has always marked the fight against human trafficking, the implications of the COVID-19 pandemic have magnified the need for all stakeholders to work together in the fight more than ever. We know that human traffickers prey upon the most vulnerable and look for opportunities to exploit them. Instability and lack of access to critical services caused by the pandemic mean that the number of people vulnerable to exploitation by traffickers is rapidly growing," wrote Michael R Pompeo, the Secretary of State, in the report.

A Kentucky man allegedly tried to sell a 4-year-old boy at a gas station for $2,500. pic.twitter.com/AlkuTzwKDA

"To turn the tide, action must accompany words. Among other steps, governments must end state-sponsored forced labor; they must increase prosecutions of human traffickers; and they should expand their efforts to identify and care for trafficking victims, while ensuring they are not punished for crimes traffickers compelled them to commit," he added. "Every person, everywhere, is inherently vested with profound, inherent, equal dignity. America was founded on a promise to defend those rights— including life, liberty, and the pursuit of justice. But too often we’ve fallen short, and we cannot fall short on this challenge," he further stated.