Newburyport police are now investigating this incident after accessing information about the man through his car license plate. 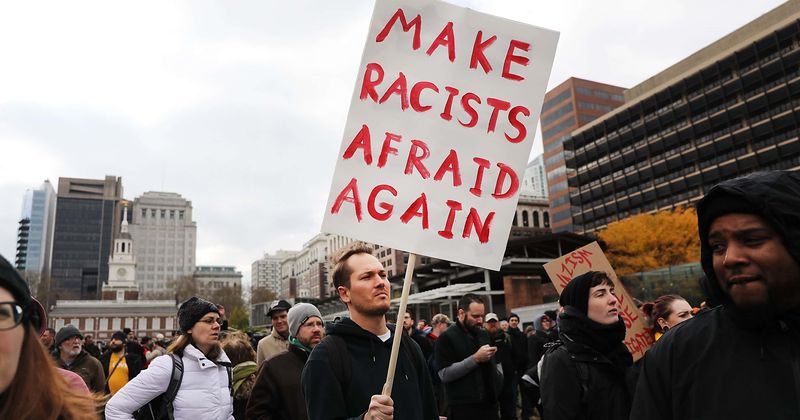 Trigger warning: This report contains details of racism that readers may find disturbing

On a wonderful day in Newburyport, Massachusetts some teens had gathered around to give away donuts for free to strangers. 14-year-old Black twin boys, along with some of their White friends, were the ones distributing the donuts. One of the twins offered a donut to a White man—who, instead of accepting it—yelled racial slurs at the boy. Newburyport police are now investigating this incident after it was brought to light by the twins' mother and a video that was recorded by one of the boys.

"This guy came from nowhere and attacked my son, using the N word," Adama Barry said of the incident in Newburyport, Mass.. "I cried for two days, ya know, and my kids are so polite, I wish you could meet them." https://t.co/JCVOaHzkVV

"This guy came from nowhere and attacked my son, using the N-word," Adama Barry, the mother of the twins, told NBC. "I cried for two days, ya know, and my kids are so polite, I wish you could meet them." The middle-school boys had purchased donuts from a nearby Dunkin' Donuts and were giving away the excess ones to strangers on the street. This act of generosity, unfortunately, ended with them having to experience racism at the hands of an angry White man, who used slurs at the teenager. A passerby tried to intervene and comfort the boys. This passerby was Kelly Mount, who saw the exchange and immediately got involved.

"I just said I was sorry, this is not about you," Mount said. "He just went off on me, and he was literally, the anger was scary, and that is when I removed myself, and I said, 'Your racism, you, people like you are not welcome here.'" ABC News reported that City Marshal Mark Murray, the community's top law enforcement officer, said that they were able to identify the man based on his license plate. “The Newburyport Police Department is actively investigating this incident, using all resources at our disposal,” Murray said. “We do not tolerate acts of racism or bias in our community, and we will pursue this investigation, wherever the facts take us.”

My 14yr old brother was giving out free donuts with hiis friends and was called the N**** with hard R by an asshole! ##heistheprobelm ##blacklivesmatter

The information about the license plate of the car the racist man was provided by a witness to the incident. It was also captured on video. The video managed to capture the man sitting in his car and driving away. The caption on the video read: My 14yr old brother was giving out free donuts with his friends and was called the N**** with hard R by an a******! Murray also stated that the police department would be consulting the district attorney’s office to determine whether the incident meets the standard for a hate crime or bias-motivated crime. "It is sad," Barry stated. "We are all one race, ya know? I just don't get it, I don't get it."

"There are people in Newburyport that cannot believe that this kind of racism is going on in Newburyport, and I tell them that it happens in so many cases. But the community, so many of them are good to us."

Barry also said that her son was shaken by the incident. But sadly, she also noted that it was not the first time. Barry and her three children have experienced racism before. She was also grateful to have received support from other people of the same community. The mayor also condemned the racist attack. Matthew Coogan, the mayor’s chief of staff, stated, "Mayor Donna Holaday was deeply concerned to learn this incident recently occurred in Newburyport. The city does not tolerate acts of racism or bias in our community or the accosting of our youth." However, these sentiments were met with skepticism on social media by area locals.

Twitter user The Clack said: And this happens not even a month after the racial profiling incident in Groveland. Having grown up in the area, it can’t be stressed enough how these sentiments have lurked beneath the surface for far too long. K'Loni Sky noted: Demographic population of Newburyport 92% White. I feel bad for this family who seem to not know what the ugly underbelly of what means to be Black in America.