Following the allegations, the singer has been dropped by recording partner Loma Vista, from the upcoming season of AMC Network's Shudder series and an episode of American Gods featuring him is being withheld. 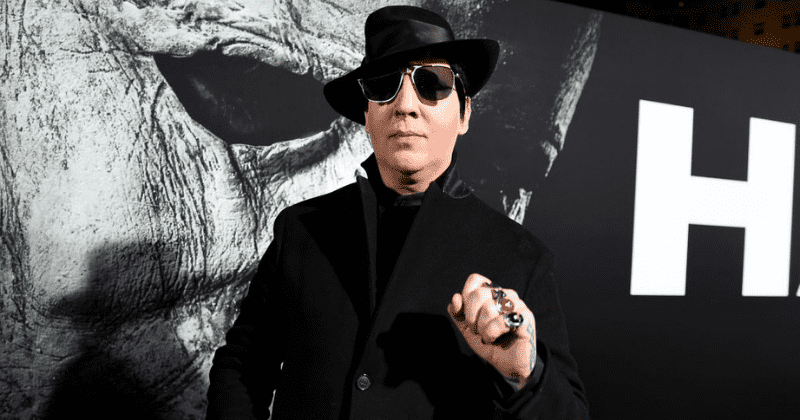 Trigger warning: The story has descriptions of abuse, implications of grooming that readers may find disturbing.

Marilyn Manson has just been dropped by long-time recording partner Loma Vista Recordings after several claims of abuse were leveled against the 52-year-old. According to PEOPLE, five women including actress Evan Rachel Wood alleged on Monday that the rock musician physically, emotionally, and sexually abused them, which pushed the record label to terminate their partnership with the singer. Announcing the news on Instagram, the label wrote: "In light of today's disturbing allegations by Evan Rachel Wood and other women naming Marilyn Manson as their abuser, Loma Vista will cease to further promote his current album effective immediately. Due to these concerning developments, we have also decided not to work with Marilyn Manson on any future projects."

California State Senator @SenSusanRubio has sent this letter to the US Justice Department asking for an investigation into allegations of abuse by Marilyn Manson.

The letter was sent on January 21, nine days before Evan Rachel Wood named Manson as her abuser. pic.twitter.com/i6TNTSfLsQ

Turns out all those people who assumed Marilyn Manson was poisoning the minds of high schoolers with his music were angry about the wrong thing. https://t.co/zIf9DaTmef

Hours before the announcement, Manson's artist label on the record company's official website had been removed, a Billboard report stated. On February 1,  Wood took to her official Instagram and wrote: "The name of my abuser is Brian Warner, also known to the world as Marilyn Manson. He started grooming me when I was a teenager and horrifically abused me for years. I was brainwashed and manipulated into submission". She added that she no longer wanted to live scared of the consequences. "I am done living in fear of retaliation, slander, or blackmail. I am here to expose this dangerous man and call out the many industries that have enabled him before he ruins any more lives." The 33-year-old stood in solidarity with several of Manson's alleged victims and wrote: "I stand with the many victims who will no longer be silent."

Thread: I worked directly with #MarilynManson in 2007-2008 for his touring band when #EvanRachelWood was with him. She was on tour with us the entire time. Over the course of 1 year he turned her into a different person. He broke her. I didnt totally realize until later in life.

Another one of his alleged victims, Ashley Lindsay Morgan, also shared her plight on Instagram with a long post. She claimed she met him for the first time in 2009/10. She said he seemed "intelligent, nice, and caring" initially and even flew her to Los Angeles to make her part of a film and photo series after she confided in him that she wanted to move out of modeling and into acting. "He was like many musicians I'd met...but with cocaine and absinthe. He made me feel safe, he told me he'd protect me and I believed him," she wrote. She revealed things went "very dark very quickly" when she went from living in Roosevelt Hotel to living with him. "I was given rules and got in trouble for any behavior he didn't approve of," she said.

the marilyn manson thing isn’t “cancel culture” it’s literally been an open secret for decades. i learned about him whisper network style in 2013 and when evan rachel wood testified in court to create a bill for DV survivors in 2018 but didn’t name namrd — that was about him

According to PEOPLE, she also added: "He made me feel like him cutting me, burning me, his fist in my mouth was 'our thing'." She said she came out with the details to prevent anyone from going through this again. "I don't want him to do this to anyone else, and I've felt responsible for others getting hurt for so long. I just thought it was somehow my fault." A New York Times report reveals that actress Charlyne Yi accused Manson of harassment in a series of tweets that have now been deleted.  In September 2020, Dan Cleary, who said that he had worked as an assistant to Manson for several years, also posted several tweets stating that he had witnessed Manson being abusive.

A segment of the Shudder series 'Creepshow' that was set to star Marilyn Manson in the upcoming season will not air, a spokesperson for AMC Networks confirmed on Monday https://t.co/RQtUMgt58J

Update: Marilyn Manson has also been dropped from #AmericanGods following allegations of abuse made by Evan Rachel Wood and others https://t.co/f8P4fpgBBv

The Hollywood Reporter reveals that Manson has also lost out on the upcoming season of AMC Network's Shudder series which was supposed to star the now-maligned singer. Starz network has also withheld the airing of an episode of American Gods -- a show where Manson has featured as a recurring character. Per reports, the network will not air the episode until Manson's sections are completely edited out. "Due to the allegations made against Marilyn Manson, we have decided to remove his performance from the remaining episode he is in, scheduled to air later this season. Starz stands unequivocally with all victims and survivors of abuse," a Starz spokesperson said in a statement.

Fun fact: #MarilynManson was my first real concert. The first guy I wanted to go out of my way to see perform live because I loved (& to a degree, still do) his art. Today I am simply disappointed in seeing another icon of mine turn out to be much more monstrous than I expected.

This is so heart breaking, I've loved #marilynmanson since I was a little girl. I don't even know what to think anymore. #heartbroken https://t.co/NGEMzRwwpO

If you or someone you know has been sexually assaulted, please contact the National Sexual Assault Hotline at 1-800-656-HOPE (4673) or go to rainn.org.