"At the end of the day you get a really good paycheck out of it. But I don’t think it’s that legitimate," McCain said. 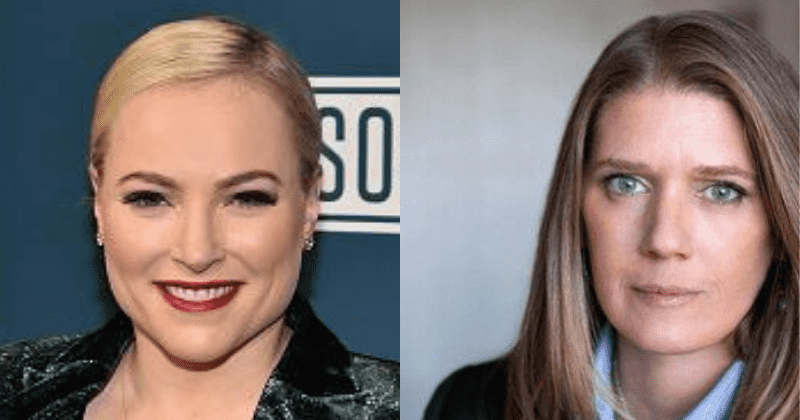 Since Mary Trump released her tell-all book about her uncle and President, Donald Trump, she has been on a trailblazing path giving interviews and promoting her book. She appeared in The View recently where co-host Meghan McCain, 35, asked her several rather uncomfortable questions. The two exchanged barbs over the veracity of the book and Mary's motive with McCain expressing her skepticism for tell-all books. According to People, McCain did not mince any words and told Mary, "I think I’ve made it clear to your publishers: I don’t like books like this. I don’t like family tell-all books, especially when it comes to families with fame and power, because they’re told from the one side and often the subjects are villainized to the point that I don’t actually end up believing the stuff written."

Meghan McCain to Mary Trump: “What do you say to people like me who think this is just a great way for you to get a paycheck right now?”

Trump: “If I had wanted to cash in... I would have done this ten years ago... and I would not have been taking the risks that I’m taking.” pic.twitter.com/ymMyzRVis7

"There have been books about my family which are complete and total garbage, told from a skewed perspective, and at the end of the day you get a really good paycheck out of it. But I don’t think it’s that legitimate," added McCain. But Mary was ready with her reply. She said, "You’re entirely entitled to your opinion. I think if you read the book, you see that I bring to the story my very deep experience within the family. I’m not some stranger writing it — I’m his niece. I am not extended family. Donald’s my dad’s younger brother and my cousins, Donald’s children, are completely irrelevant to the story I was telling, which is in my view the foundational narrative about my family and how Donald became the person he is."

@MeghanMcCain was misinformed, unprepared and rude to Mary Trump. Not sure why The View continues to let MM act like a spoiled brat on every show who is rude to guests.

Thanks Megan, for your great questioning. Mary absolutely wrote the book for money. All her stories are antidotal combined with her opinions. It is apparent that she is not close and knows little about her uncle or cousins. She comes off as a jealous family outsider. A waste of $

She continued, "If I had wanted some measure of revenge, if I had wanted to cash in, as you say, I would have done this 10 years ago when Donald was still a very public figure and I would not have been taking the risks that I’m taking. I mean, we’ve all seen how whistleblowers fare in this administration. So I would much have preferred not to do this. But I felt it was extremely important that the American people have all of the information they need in order to make an informed decision." McCain brought up the issue of Donald Trump and her cousins going to court to try and stop the release of the book. She also accused Mary about not being bothered to visit her uncle in the White House in 2017 after he was elected to office.

McCain said, "You weren't concerned enough to not go to the White House and have dinner with him. I think this is the part I don't understand...You went to the White House and had dinner with him on the taxpayer dime. You had a complicated relationship with him and this family that I don't understand, and I understand now, you're saying it's really important now and that's all well and good, but I do think if you were probably close to that family, you would probably know your cousins—Don Jr. and Ivanka—on a level that you clearly don't." Mary responded to this and said, "I'm not entirely sure why you're so focused on my cousins, who, again are so much younger than I am. First of all, I did not go to the White House on the taxpayer dime. That's quite an absurd thing to say, but families are extremely complicated."

That is such a GOP approach to why folks do things. They have a hard time believing that some people do things just because it’s the right thing to do, and are not motivated by $.

This is so republican! Meghan got her job on her last name!! Which she reminds us constantly!!! Kudos to Mary Trump, the onl Trump who actually earned her money!

She added, "The administration was—at that point—less than four months old. I was going there for my aunts' birthdays, not to take advantage of Donald's position, and I think to focus on these things is to take away from the actually important things I write about in the book." A lot of people thought McCain was rather rude to Mary and pointed this out in a number of posts. Too Much and Never Enough: How My Family Created the World's Most Dangerous Man sold 1.35 million copies in the first week of its release.