"My Wife Died In The Same Crash As Kobe Bryant. A Year Later, I'm Rising Above The Fog"

In a touching article, he wrote how the days after his wife Christina's death was the "darkest" in his life 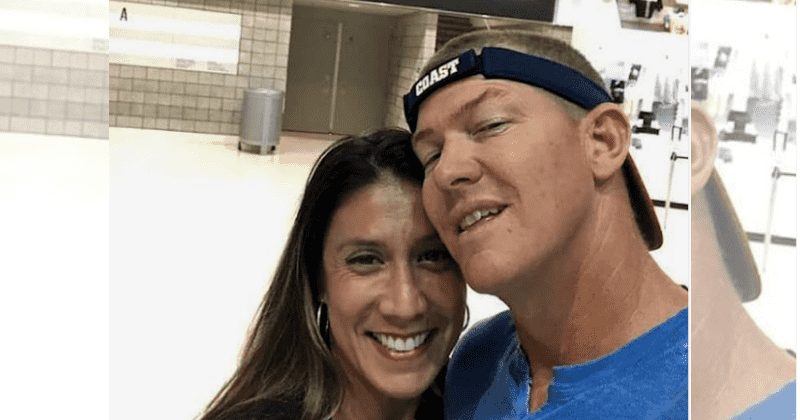 It's been a year since basketball star Kobe Bryant, 41, his daughter Gianna, 13, and seven others perished in a helicopter crash in the Calabasas, California. Memories of the incident and the loss of precious lives still seem fresh with families of the deceased, who seem to be trying to find ways to come to terms with the tragedy. Matt Mauser, basketball coach and singer-songwriter from Orange County, is the husband of Christina Mauser, 38, a basketball coach at Bryant's Mamba Sports Facility, who was also in the same aircraft as the Bryants. "In the year since Christina‘s death, I’ve experienced the darkest days of my life. The fog that played a part in her death lifted later that day, but the fog of losing my soulmate remained in my heart," Matt wrote in a touching article in Good Morning America.

One year ago today I lost my beautiful wife, #ChristinaMauser. For 15 years I was lucky enough to be married to her. She was loyal, determined, funny & passionate. She was a friend who was there for you during your darkest days & to celebrate your happiest moments. pic.twitter.com/aSBfxktM1n

The father of three - Penny, 13, Tom, 11, and Ivy, 5 - highlighted the difficulty in trying to find his footing and taking care of the kids after the loss of his wife. Christina was hired as an assistant coach by Bryant for his academy as, according to Matt, the basketball star had seen something special in his late wife, reports NBC. The couple was working in a small private school when she got the job. "He picked her because she was amazing. I was so proud of her and she was so happy," Matt said in an earlier interview with the channel. He said Bryant saw what an "amazing mind" his wife had for the game and invited her to join his academy. "He quickly realized that my wife, who was the assistant coach, was a much better coach than I was, and he brought her on and changed our lives. She loved every minute of it," he added.

Matt wrote further, "He (Bryant) asked her to teach the kids defense. They called her the mother of defense. She was beautiful, smart, funny. She was incredibly deep ... just an amazing person." He lovingly dwelled on the happiest moments for most of his article - from the beginnings of his and Christina's relationship to starting a family together and planning a future. The two met when Matt was singing at a club. She approached him after his gig. Matt wrote, he was, "Stunned that a woman as beautiful as she would ask to hear a song that I had penned, I asked her how she even knew we had original songs." He added it took him only a few months of courting Christina to realize he wanted to spend the rest of his life with her. He got further validation from his mother.

He wrote, "We had only been dating for four months, but after having met my mom for lunch just a week before, I received some good advice that only a mother could impart. 'Matt, if you let this one go, you’re just stupid. She’s special!'" He proposed and the two got married in May 2005. The next few years were of blissful existence. "We welcomed three beautiful children, built our business, traveled when we could, remodeled our home, participated in the kids' school and sports, coached basketball at the school where we both worked...All the things you do with your partner, the one person in the world you love. We did all of that together. We were a family. We were best friends," said Matt. But Matt and his kids' lives got a rude shock on January 26, 2020.

I wish you and your lovely family joy and peace!! 💕

A Sikorsky S-76 carrying Christina and the others crashed in the hills of Calabasas at around 10 am. Word quickly spread of the tragedy. The family hoped against hope that people on board were alive but sadly, there were no survivors. Christina's body was soon identified by authorities from the crash site, according to New York Post. In a Facebook post after the incident, Matt wrote, “My kids and I are devastated. We lost our beautiful wife and mom today in a helicopter crash." He added in the NBC interview he was trying to "navigate life with three kids and no mom." Despite the soul-crushing loss, Matt expressed hope. Matt wrote, "I’ve learned to maneuver through the fog. Like driving on a mountain road, I can see the white line of the highway below me. I follow that line with the hope of someday climbing high enough to rise above the cloud cover."

He added, "I follow that line with the hope of watching the sunrise over the horizon and looking down to see the road below. A road riddled with potholes, hazards and hairpin turns. Nonetheless, it’s the road I have traveled, the road that got me through the fog. And when I get through it, I will pull off, take a deep breath as I take a sip of coffee, look to the sky, and talk to my wife. I hope she is proud of me. I think she will be." Matt has started the Christina Mauser Foundation, for single mothers, women, and girls in sports through financial aid and scholarships.