These Women Are Making Six Figures Monthly By Acting Like A Dog. Yes, Really

Jenna started making so much money off her side hustle, she decided to commit her entire time in doing the puppy play videos. 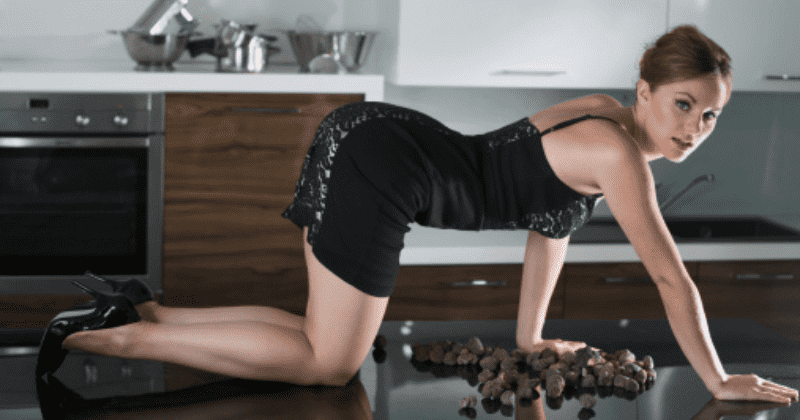 Trigger Warning: The story has videos, images, and details of a particular kink that readers may find uncomfortable.

The internet is a cesspool of some incredible content and perhaps, even some bizarre ones. While there have been countless discussions on the TikTok ban lately, one can't help but notice how so many people are now making money off their videos, thanks to such platforms. However, a TikTok star and a former optician, has now become a viral sensation after she pretended to be a cute puppy on social media.

repost hehe forgot to add my tag 🐶 my owner said he is taking me on a walk when he gets back if i’m good 🥳 pic.twitter.com/whGxdGNE2W

21-year-old Jenna Phillips found such a meteoric rise through her videos that she decided to quit her regular job and now earns six figures a month. While Jenna claims to be the most famous puppy girl online, her popularity has paved the way for many more straight women partaking in puppy play, which has now, in fact, become a viral trend, reports Vice.

i’m getting a new dog bed today 🥳 what color should it be? pic.twitter.com/Bet98T67yU

However, Jenna, like many other women who are now trying out the puppy play, has a softer approach to the fetish. For instance, she often doesn't wear any hood, harness, or other accessories like ears or a tail. A study conducted last year pointed out why many people were drawn into this fetish. This included reasons like relaxation, therapy, and escape from oneself. “I love the feeling of being owned,” Jenna agreed. “I feel protected and loved. I’m at my most comfortable during puppy play.”

It is interesting to note that puppy play still hasn't punched above its weight in the straight world compared to other fetishes, hence it can be quite lucrative if you know your craft well. In fact, Jenna started making so much money off her side hustle, she decided to commit full time in doing the puppy play videos. “My revenue has increased 100 times since I moved to puppy play content,” she told LadBible earlier. “I’m making six figures monthly.”

Puppy Girls: The Women With a Fetish for Acting Like Cute Dogs https://t.co/Ib7pK9HHjJ pic.twitter.com/0xcLzB1B78

Jenna's incredible rise also paved the way for other content creators to dabble in the growing trend. This includes Dani, a puppy girl who shares similar videos with Jack, her boyfriend and “owner” online. Dani believes the scaled-back approach to puppy play is slowly and steadily gaining momentum among the straight couples who are new to this. “I do notice it becoming more common with straight couples. I think it's more of a ‘fetish lite’ kind of thing,” she told VICE. “People can indulge in the subculture of pet play without jumping in full force. It’s more accessible for couples who don't belong to the more intense BDSM culture.”

While many would think that there would be unnecessary criticism and trolling over puppy play, Jenna says she doesn't mind being labeled 'weird'. “I absolutely love those videos. They’re so funny,” she says. "It’s usually a big joke. I can tell if it’s mean-spirited or not – and that’s OK too. I’m OK with not everyone understanding it.” Meanwhile, another woman who goes by the name @DUMBPUPPYGIRL online – spoke to Vice about how puppy play brought her and her boyfriend closer. “We have deepened our interest in pet play together over time,” she said. “Now it’s part of my daily life, not just sexual. In fact, I wear a collar 24/7 with my puppy tag.”