Meghan Markle Turned Harry Into An Awful Man, She Was Acting All Along: Royal Insider

The royal photographer revealed that Meghan Markle was 'acting' for the first year of her monarchic life, and she was quite good at it. 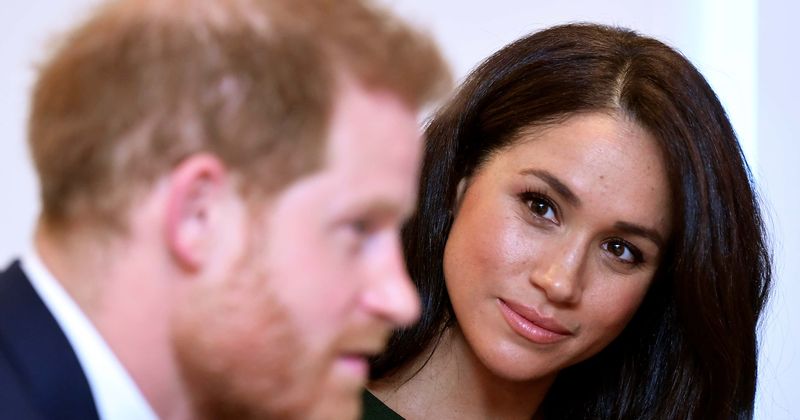 As the day of Megxit looms, a royal insider has given an explosive interview saying The Duchess of Sussex, Meghan Markle was "acting" all along and has turned Prince Harry into an "awful, sad man". Royal photographer Arthur Edwards has revealed the former actress was putting on a role for the first year of her royal life after her marriage in 2018. Speaking to Dan Wootton of talkRadio, Edwards said: "She is an actress and for the first year I thought she was wonderful. I thought she was a great ambassador for the country. I now realize it was acting. She turned Harry into this dour, awful sad man.”

The annual awards celebrate the sporting achievements of veterans injured in service. 👏🏆

When Wootton questioned: "So you think Meghan was acting when she first took on the royal role?”, Arthur responded with: "I think she was playing a very good part. They say Meghan gets what Meghan wants but I’ll tell you this, she’s lost the love of the British public and she’s got to work very hard to get that back." Seeming to agree with Edwards' statement, the radio host said: "It feels like Meghan had made her mind up, nothing was going to keep her in the UK in the end."

The Duke and Duchess of Sussex were at the @RoyalAlbertHall tonight for the Mountbatten Festival of Music performed by the @RMBandService. Prince Harry is Captain General Royal Marines and took the Royal salute at the start of the show. #MFM20 pic.twitter.com/wsYpS9cohM

Edwards continued: “And you wonder what it is in America that’s drawn her there - whether she’s had an offer of a big film. I wouldn’t be surprised because any producer that would put her in a film would sell a lot of tickets because we would all want to go and see it." The photographer also seemed sure that Prince Harry would miss Britain and would return one day. "I personally think that he will come back and whether she comes or not, I don’t know. He will miss it so much. He’ll miss his own family and he’ll miss this country."

This isn't the first time that Edwards has revealed his disappointment about Prince Harry separating himself from the Royal family either. Speaking to The Sun, a little over two weeks ago, he said: "I hope after a year he rethinks and comes back and rejoins the firm because he's a boy who's never had to worry about parking his car, he's never had to worry about sorting out his tax return or his insurances. All this is going to be new to him... He's going to find life, as most of us do, pretty tough. When, after he's 35 years of age and he never had to do anything like that. He might wish that he'd never gone down that road, who knows?"

Commenting on The Duke and Duchess of Sussex's arrangement to live in Canada, Edwards said: "I don't think they'll stay there forever. I think they'll be coming back more and more. I think Harry will miss it... I think he will miss this life with a family. I mean, America's great, Canada's great, but it's not as great as here (UK). He knows that and I think he'll be back. So I don't think that problem is going to be long term."

Speaking on whether The Queen had a strained relationship with Prince Harry and his wife, and whether Her Highness had a little less love for the pair, Edwards said: "I think the fact that the queen let them do everything and keep Frogmore Cottage, come and go when they want, and left a door open for them to return to the royal family after a year tells you everything you want to know about the relationship that the Queen has with Harry."

According to Express, Meghan Markle and Prince Harry returned to the UK to finish the last of their Royal endorsements before the March 31 deadline day. The Royal pair took part in the Endeavour Fund Awards on March 6th in a series of joint events that will be culminating with the Commonwealth service on Monday. The event was attended by the duo last year to celebrate the achievements of wounded, sick and injured servicemen and servicewomen who took part in sporting and adventure challenges.