Melania Slept Through Election Night Instead Of Being By Trump's Side, Says Former Top Aide

Stephanie Grisham, the former Trump White House press secretary, quit her post along with other employees after the January 6 riot. 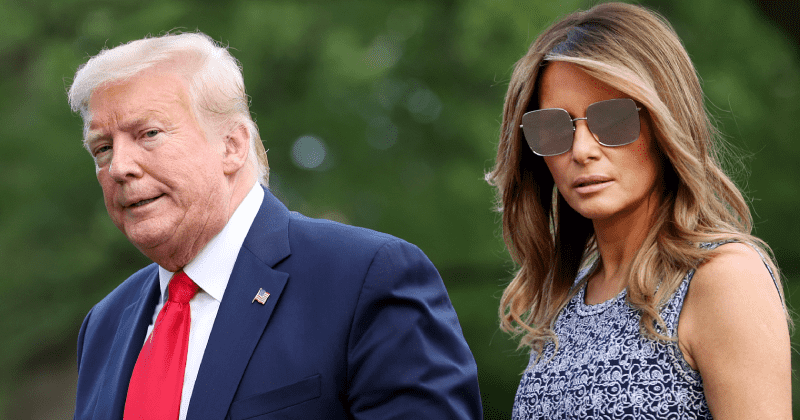 Former first lady Melania Trump slept through election night and had to be woken up for Trump's 'non-concession' speech, says a former top aide. Stephanie Grisham, the former Trump White House press secretary, reveals the details in her memoir that's set to hit the stands in October. CNN's Brianna Keilar who reviewed the book titled said that Melania Trump had to be shaken awake as Trump prepared to give a speech refusing to concede the election after appearing to lose to Joe Biden, reported Business Insider. Donald Trump had claimed victory on the night that the former first lady had slept through for most parts of the night. Grisham describes Melania as "Dismissive. Defeated. Detached"

The book is ironically titled “I’ll Take Your Questions Now: What I Saw in The Trump White House” after never having held a briefing during her time in the role. The book includes the first lady's reaction, or lack of, to the January 6 Capitol riots, with the former aide making comparisons to a Marie Antoinette, the doomed French queen." Grisham writes that the former first lady was “preparing for a photoshoot of a rug she had selected” when Trump supporters broke their way into the Capitol building. Grisham reportedly checked in with Melania to see if she wanted to tweet about Americans having the right to peaceful protest but not at the cost of “lawlessness and violence.” Melania reportedly said and continued with her shoot. Grisham resigned shortly after the January 6 riots along with a few other staffers. “It has been an honor to serve the country in the White House," she said at the time. "I am very proud to have been a part of Mrs. Trump’s mission to help children everywhere and proud of the many accomplishments of this administration."

Melania Trump responded to the book describing it as mistruth. “The intent behind this book is obvious. It is an attempt to redeem herself after a poor performance as press secretary, failed personal relationships, and unprofessional behavior in the White House. Through mistruth and betrayal, she seeks to gain relevance and money at the expense of Mrs. Trump,” said Melania in a statement.

Reports have suggested that Melania has no desire to be any part of Donald Trump's potential future campaigns for the Presidency. The former first lady does not even want to return to the White House should Trump run again in 2024 and win. "Not unlike 2016, Melania Trump has no intention really of joining the campaign," said CNN's Kate Bennett. "I've spoken to people who said that she's not even really interested in being in the White House again, going through being the first lady again." An adviser poured water over those claims in a response to Politico. "If [Trump] runs, she will be right there. She's not going to have her own rallies. But did she ever?" said an adviser.

Stephanie Grisham succeeded Sarah Huckabee Sanders as the third press secretary in President Donald Trump's White House. She started off as an assistant to Trump's first press secretary, Sean Spicer. It's not new for the former staff at the White House writing tell-all books, with Grisham herself rubbishing a book written by another aide, Stephanie Winston Wolkoff. The book was centered on Wolkoff's relationship with Melania Trump and Grisham was acting as Melania Trump's chief of staff at the time. Grisham described Wolkoff's book as "an exercise in bizarre twisting of the truth and misguided blame for the sake of self-pity," reported USA Today.

In the wake of the riots, Wolkoff wrote an Op-ed for Daily Beast claiming Melania was complicit in the 'destruction of America.' A few days later, Melania released a statement saying it was "shameful that surrounding these tragic events there has been salacious gossip, unwarranted personal attacks, and false misleading accusations on me — from people who are looking to be relevant and have an agenda.”