Melania Trump Realizes That "Donald Is Not Good For Her", Says Relationship Expert 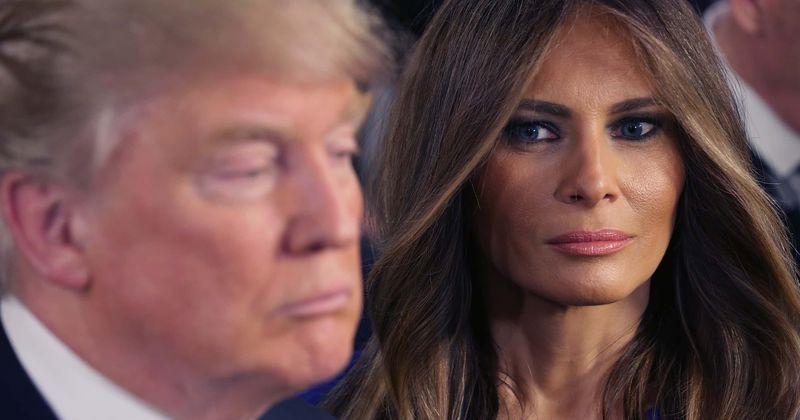 Former President Donald Trump's marriage to Melania has always stirred up a lot of comments. On multiple occasions, Melania Trump has been caught pushing her husband's hand away and observers have felt that the former FLOTUS has behaved frostily with her husband many times. More recently, she was also seen walking away from her husband and into a car on the day of Joe Biden’s inauguration. But supporters of the couple have called these instances nothing more than a lover's squabble or nothing to really write home about. Others believe that the couple is heading towards splitsville. Relationship expert and life coach John Kenny shared his thoughts with the Daily Star.

This video clip says it all. Trump throws Melania’s hand away and then pushes her off the stage aggressively. pic.twitter.com/TBVB8hXK51 #trumpisadick

After Trump's presidency, it was reported that Melania Trump "just wants to go home". According to CNN, a source said that if Trump wants to run again in 2024, "That might not go over well" with her. Another CNN report suggested that she was feeling "bitter and chilly" at times towards the former president. However, the former model apparently lashed back at divorce rumors.   Melania Trump "put her foot down" and was forced to "fire a warning shot" after Donald Trump's divorce rumors "hit a sore spot."

Melania allegedly slammed the  CNN report claiming she was "bitter and chilly" towards her husband Donald, and said the publication does not have "insight into her thoughts or daily life". Another relationship expert Carole Ann Rice of Real Coaching told Daily Star that she believes that Melania's "warning shot" to those "assuming and creating mystery around her relationship" is done so to protect the "decency and integrity" of her man.  She also added that the real reason Melania "put her foot down" is because she is "her own woman" now and it is "finally time" for her to speak up. "Now that Melania isn’t the first lady, she probably has a new sense of freedom now that she can speak out where she perhaps felt she couldn’t’ before out of decency and integrity to protect her man who is in the White House."

It's sad to see a guy with no social graces. Doesn't know how to treat a lady. It devalues her. She's just luggage. Such a shame. pic.twitter.com/2KrgoV1BxO

It's not just Melania Trump's behavior towards her husband that's often been put under the scanner but likewise as well. Trump has often been in the news for what people deem as treating his wife poorly. According to the Huffington Post, his body language has often been under the spotlight as well. He's often seen walking in front of her, leaving her behind on the plane or in the car, whilst getting out to meet important dignitaries. "In the photographs, what we’re clearly seeing is that Donald Trump is walking not just one stair ahead, not two stairs ahead, but a few feet ahead. She’s not being accompanied by him,” Whitmore, an etiquette expert, explained to the publication over photos of the president having left his wife, Melania, behind while deplaning Air Force One once. “If you look at some of the old photos of Ronald and Nancy Reagan or the Obamas, they are very close together. In other words, they’re a unit, they’re a couple, they’re engaging in this activity together. Whereas in this particular photo, she is clearly standing all by herself. Now it could also be a sign of self-absorption or he’s in a hurry. He’s a role model for the country, having said that –- he should be modeling, I believe, a different kind of behavior.”

Bastard did it again pic.twitter.com/wAn4TqkiMs