Melanie Griffith, 62, Flaunts Her Stunning Body As She Goes On A Casual Stroll 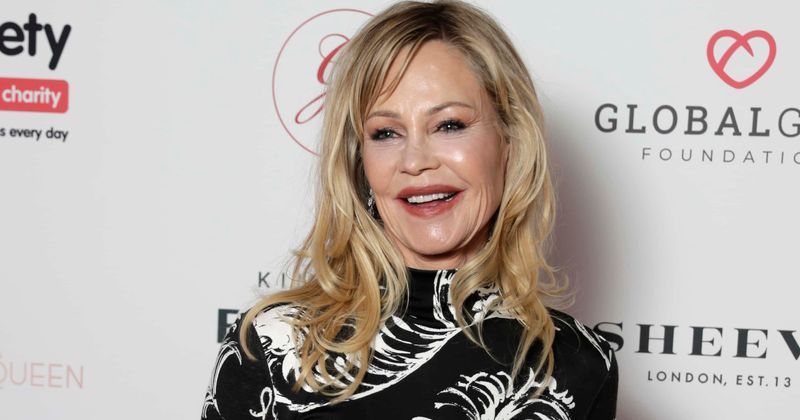 Melanie Griffith stepped out for a casual walk in Beverly Hills on Wednesday. The 62-year-old actress wore a black sports bra and a pair of leggings, along with a black mask following coronavirus safety measures, reports PEOPLE. The former spouse of actor Antonio Banderas has been increasingly private since taking a step back from work. Her stroll came just days after Griffith celebrated Mother’s Day while making sure to practice social distancing, of course. She shared a sweet picture of how her children made her day.

this is the second hot-older-woman story in as many days. maybe just assume hotness knows no age https://t.co/1rjVopedQh

The Oscar nominee is mom to 30-year-old actress Dakota Johnson, Griffith’s daughter with Miami Vice star Don Johnson; Stella Banderas, 23, her daughter with ex-husband Antonio Banderas; and Alexander Bauer, 34, her son with Ray Donovan star Steven Bauer. She is also close to Dakota’s brother, actor Jesse Johnson. She honored him and Alexander on National Sons Day last year. She shared a photo of the two together, captioning it: Happy National Sons Day to my two kind, generous, smart, loving sons. You both have my heart. Similarly, she honored her daughters on National Daughters Day.

Griffith was last seen on screen in 2017 in a small role in The Disaster Artist. Instead, she's been spending more time with her family, including her mother, screen legend Tippi Hedren. The mother-daughter duo was seen out together in October, laughing and holding hands outside a restaurant in Beverly Hills. Griffith is Hedren’s only child. Talking about family life, the mother of Fifty Shades of Grey star Dakota Johnson said of her divorce with Banderas, "I think part of the reason my marriage to Antonio fell apart was because I was stuck; nobody else is to blame. It’s just that I personally got stuck and I won’t let that happen again, I want to enjoy life, I want to do whatever I want to do."

Back in November of last year, the 62-year-old actress posted a selfie on Instagram wearing lingerie and a pair of heels, looking sexy as ever! She's also decided to go all-natural and is saying no to plastic surgery which she reportedly renounced a couple of years ago. She was quoted as saying to Porter Magazine in 2017, "People started saying. 'Oh my god, what has she done?!' I was so hurt I went to a different doctor and he started dissolving all of this s--- that this other woman doctor had put in. Hopefully, I look more normal now." Normal? We'd say she looks way better than that!

Life hasn't always been easy on the actress.  She divorced actor Antonio Banderas in 2014 after 18 years of marriage and was diagnosed with epilepsy in 2017. She opened up about suffering seizures at Cannes. "I had two seizures, once they took me off the boat. I had this major grand mal seizure, and they took me to the hospital in Cannes and then brought me back to the boat. And then I had another seizure and I went back. They did the EEG and started to look at it seriously. When I came back [to the United States], I was diagnosed with epilepsy and nobody had said to me over a period of 20 years, no one paid enough attention to even diagnose me." According to a previous Instagram post, the actress has also shared that she had basil skin cancer removed after posting a selfie on the site. She showed her progress after having skin cancer removed from her nose.

Meanwhile, last year Antonio Banderas had some sweet words for his ex. "Melanie is not my wife anymore, but I think she is my best friend," the Pain and Glory star, 59, told PEOPLE. "I love her and will love her until the day I die. She’s my family." "She’s a natural writer. She was reading books since she was very little and she loved to be behind the camera and all the attention," Banderas said of his daughter Stella with Griffith. "If you had a second life I would love to just step in there. Maybe my daughter is just my second life." He also helped raise Dakota and Alexander Bauer. "I was there because I love their mother and I am totally taken with their mother and they were the most important part of what she came with," Banderas shared. "Very soon they understood that. They called me Paponio, a mixture between Papa and Antonio." The actor still spends holidays and special occasions with Griffith and all of their children. He describes their early time together as a family as five as "beautiful years."

How Antonio Banderas reinvented himself after his Melanie Griffith divorce. https://t.co/AwlVgnCNF5 pic.twitter.com/jVnEZrhmcQ