Melissa Etheridge's Son Dies At 21: 'My Heart Is Broken' 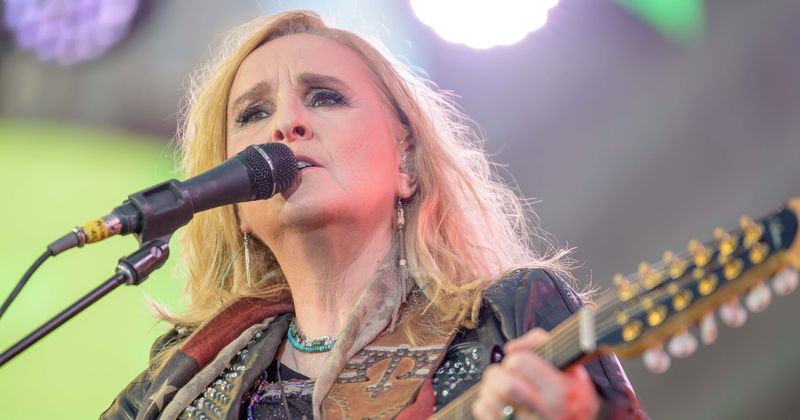 Melissa Etheridge and Julie Cypher's son, Beckett, has died from an opioid overdose. He was 21, reports ET Online.  Etheridge's team shared the news of Beckett's death on Twitter on Wednesday: We’re sad to inform you that Melissa’s son Beckett passed away and there will not be a Concerts From Home show today. - #TeamME. Etheridge shared Beckett with her ex-partner, Julie Cypher. Etheridge and Cypher welcomed Beckett in 1998 via artificial insemination. The former couple also shares daughter Bailey, 23, who they had in February 1997. The pair split in 2000.

Etheridge also shares 13-year-old twins Johnnie Rose and Miller Steven with ex-Tammy Lynn Michaels. The "I'm the Only One" singer previously said that her 21-year-old son had struggled with addiction for some time. The 58-year-old confirmed the tragic news on Twitter: Today I joined the hundreds of thousands of families who have lost loved ones to opioid addiction. My son Beckett, who was just 21, struggled to overcome his addiction and finally succumbed to it today. He will be missed by those who loved him, his family and friends. My heart is broken. I am grateful for those who have reached out with condolences and I feel their love and sincere grief. The musician continued: We struggle with what else we could have done to save him, and in the end we know he is out of the pain now. I will sing again, soon. It has always healed me. - Melissa

Think she could be a big voice for this issue effecting so many people in our nation. Our First Lady @FLOTUS and my dear friend @ericbolling have been working hard to bring awareness to this critical issue killing our children.

"There's nothing like taking the responsibility or creating the responsibility of bringing a human being into this world and helping it in its first years," Etheridge previously told Parents magazine of parenthood. "It doesn't matter the equation that gets you there or what you are to that person. It doesn't matter at all. It is the bond between you and the child." Etheridge credits raising her children in a diverse, loving community with making her job as a parent easier. "I think it really makes us strong. I love that my children's school, we go to a public school in LA, is just filled with every type of family, every color, every ethnicity, every religion—it's really beautiful."

My heart is broken for Melissa Etheridge. She is such an incredibly kind and generous women, despite all that has come her way. She says she will sing again soon because it heals her. We will be there too 💔💜💙

She also explained some of the complex conversations she had with her children regarding their heritage. "They know that there's a certain formula it takes to make a person, that you need some of that and it was given by an anonymous person," she explained at the time "My kids will ask me about my family and I'll say, 'Well, I'm English and Dutch and French Canadian,' and then they'll own that. They'll say, 'I'm French Canadian.' I don't want to say, 'That's not in your blood.' They know that deep down inside [since Tammy carried the twins], but it's a legacy. We have been raised by certain people and it's so much more the nurturing than it is nature. When their school would ask them to find out about their family tree, they absolutely took my side of the family tree, too."

In 2012, the singer was asked what it was like raising teenagers, to which she told Pride Source, "My kids are 13 and 15, and I have two 5-year-olds; surprisingly, it’s very similar. They require all of your attention and they don’t remember anything you’ve told them." She also credited her children for being the inspiration behind some of her music. "Life has always inspired whatever I’m singing about, so events in my life in the last couple of years: new love, saying goodbye to an old love, and my kids and my hopes and my dealings of life are all there."

Bailey, Beckett's sister paid tribute to the 21-year-old on Instagram. She captioned photos of the siblings, writing: I don’t know what to say. Today we lost my brother. Too heartbroken and overwhelmed to be eloquent but appreciate all those who have reached out. I love you Beckett. Fly high and watch over us.

If you or someone you know is struggling with addiction, please reach out to the Substance Abuse and Mental Health Services Administration (SAMHSA) helpline at 1-800-662-HELP.