Men With Big Noses Tend To Have Bigger Penises, According To Study

The observational study, conducted by the Kyoto Prefectural University of Medicine, found a connection between a large nose and penis size, but did not look at the reason behind this link. 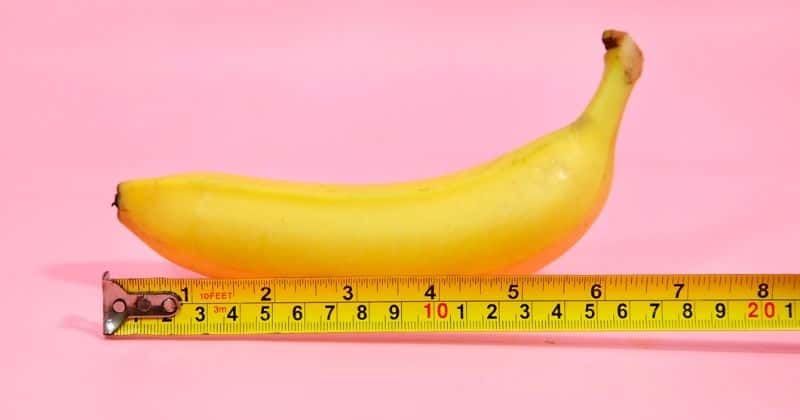 In a study that is likely to be welcomed by people with big noses, Japanese researchers have found a correlation between big noses and bigger genitalia. The study, conducted by the Kyoto Prefectural University of Medicine, found a connection between large noses and penis size after they examined the dead bodies of 126 middle-aged men within three days of their passing away. A number of measurements were taken into consideration like height, weight, flaccid penile length, penile circumference, right and left testicular weights, and prostate weight, the Daily Mail reports. To replicate a penis length when erect, one scientist was responsible for "laying each cadaver down and pulling the penis up vertically as far as it would go to get a measurement for stretched penile length." Nose size was measured by the distance from between a person's eyes to where the nostril begins. "This study is the first to demonstrate the relationship between stretched penile length and nose size,” the researchers said about their findings.

Published in Basic and Clinical Andrology, the study only focused on the size of the nose and penile length. They did not look at the reason behind this link as per their observational study. "The fact that nose size is related to stretched penile length indicates that penile length may not be determined by age, height, or bodyweight but has already been determined before birth," the researchers said.

The latest study also found a link between a flaccid penis's length and its erect length but could not correlate the size of a man's nose and the length of the flaccid appendage. This they noted was the difference in how efficient a penis is at swelling, with some people being "growers" while others are "showers."

I have always loved prominent noses on men and now am wondering if somehow I knew this to be true.

The scientists also noted that "This study is the first to demonstrate the relationship between stretched penile length and nose size but is limited in Japanese male cadavers, and the reason why stretched penile length and nose size are related is still unclear," adding further, "Therefore, we consider it an interesting subject to pursue from now on."

Prior studies have shown that penis size can be influenced based on an unborn baby's level of exposure to androgens while in their mother's womb. In that particular study, researchers said androgens — a group of hormones including testosterone — have been linked with the 2D:4D ratio. This states that androgen exposure can alter the length of a person's index and ring fingers and therefore the size ratio of the two digits.  Other studies on the 2D:4D ratio have speculated that androgen can be used to predict food choices as well as a person's sexuality.

According to Men's Health, there are at least ten weird bodily connections that determine an individual's character. For instance, people who experience restless leg syndrome (RLS) at least five times a month are run the risk of erectile dysfunction at least 50 percent of the time than men without fidgety legs. The conditions are linked with lower levels of dopamine — the feel-good chemical released by the brain — per one likely explanation for the condition.

In another study linking lips to memory, a Columbia University study found that people who get cold sores are likely to develop Alzheimer's and dementia when they get older. For the study, researchers followed men aged between 59 and 79 and found that those with a higher rate of exposure to viruses were likely to have poor memories.

Study was done in Japan hence rather small sizes.