Marsha Stewart says she has MJ's final IV drip which delivered the fatal dose of Propofol. 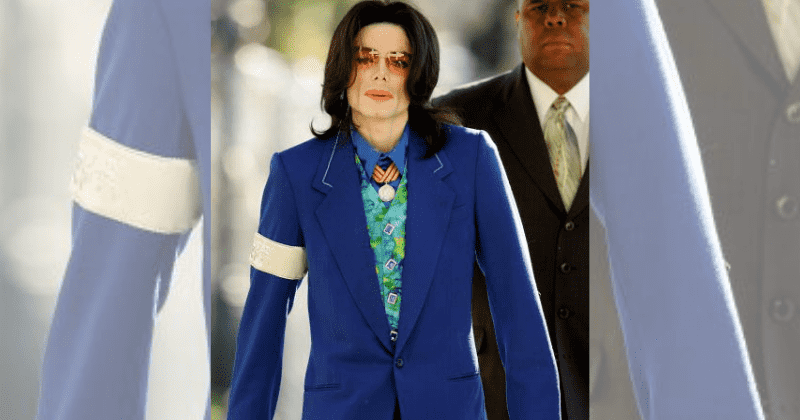 Michael Jackson's cousin Marsha Stewart recently claimed to be in possession of something that we're not convinced anyone would want to get their hands on. According to TMZ, Stewart says she has MJ's final IV drip which delivered the fatal dose of Propofol. Turns out that she is ready to part ways with the gruesome memorabilia 11 years after his death. Stewart insists on having swiped the IV from the rented Holmby Hills mansion where the Billie Jean singer at the age of 50. Apparently, she happened to notice it near Jackson's bed and described the presence of a "white milk fluid," which as per the outlet is an accurate description of propofol, inside the bag.

No wonder Michael Jackson did not want anything to do with his family.

What caught Stewart's attention was traces of his blood on the device which then prompted her to quietly put it in her purse and head home. She also claims that the fluid has since dissolved. She has now put the IV drip up for auction via Memorabilia Expert Auctions in Sin City. The auction house is reportedly looking to get at least $2,500 for the horrific piece of Jackson's history. That being said, TMZ is not sure about the authenticity of the object because there's one point that just doesn't seem to add up. Why would the police not collect the IV, a piece of crucial evidence in determining MJ's death? They have reached out to Jackson's estate to learn more about this memorabilia. A response is yet to be received.

Ewww! Why would anyone want that. I guess people are desperate for money and a big Michael Jackson fan would want it. It feels so wrong. On so many levels

While the Beat It singer has amassed quite the fan base with his exceptional music, Jackson has often been in the news for negative reasons. Back in 2003, a 70-member team from the Santa Barbara County District Attorney's Office and Sheriff's Office raided his Neverland after allegations of him sexually abusing 13-year-old Gavin Arvizo surfaced. The teen had alleged that Jackson showed him how to masturbate despite his constant refusals. A video from the raid showed officers uncovering Jackson's pornographic collection, many of which featured images of young, semi-naked boys. In addition to this officers also found drugs used to treat sexual addiction, multiple prescriptions which were written in the names of people close to the singer.

Me too! Where the hell is my spaceship???? I'm leaving this planet! 🥴 pic.twitter.com/YPXSYbszHk

But they claimed that these documents were not released by them. "Some of the documents appear to be copies of reports that were authored by Sheriff's Office personnel as well as evidentiary photographs taken by Sheriff's Office personnel interspersed with content that appears to be obtained off the internet or through unknown sources," said a representative of the Department said in an email. Speaking to Radar Online, an investigator on the case said, "The documents exposed Jackson as a manipulative, drug-and-sex-crazed predator who used blood, gore, sexually explicit images of animal sacrifice and perverse adult sex acts to bend children to his will. He also had disgusting and downright shocking images of child torture, adult and child nudity, female bondage and sadomasochism." "Based on my training, this type of material can be used as part of the 'grooming' process, by which people (those seeking to molest children) lower the inhibitions of their intended victims and facilitate the molestation of said victims," they added.

District Attorney Ron Zonen, who was part of the prosecution team stated, "A lot of this stuff was used to desensitize the children, and Michael admitted taking one child after another into bed with him for long periods of time. We identified five different boys, who all made allegations of sexual abuse." In 2003, Jackson was charged with seven counts of child molestation and two counts of providing an intoxicant to a minor. He was arrested and was set to face 20 years in jail, however, he was cleared of all charges in 2005. It has also been reported the singer paid more than $13 Million in hush money to as many as 20 sexual assault victims. In June 2009, he passed away at the age of 50.