Omer Bhatti is believed to be the King of Pop's estranged fourth child. 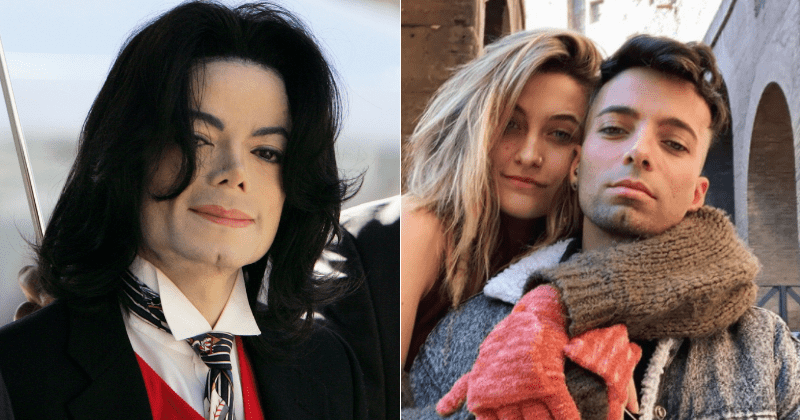 Most of us are aware that the late Michael Jackson has three children: Prince, 23, Paris, 22, and Prince Michael II (nicknamed Blanket), 18. Not many of us know there might be a fourth estranged son named Omer Bhatti. The now-35-year-old is Norwegian dancer and rapper who was born Michael Joseph Jackson Jr. Paris Jackson herself recently acknowledged Omer as her "oldest brother" in an episode of her Facebook Watch series Unfiltered reports USA Today.

Jackson opens up about her relationships with Prince, Blanket and longtime family friend Omer Bhatti (via @toofab)https://t.co/YFxtcOzQEi

News of the pop legend's secret son made news years ago when Michael's father, Joe Jackson identified Bhatti as a child of Michael's in a 2009 interview with NewsOne/TVOne. According to ABC News, Joe Jackson said, "Yes, I knew he had another son, yes I did." He added, "He looks like a Jackson, he can dance like a Jackson. This boy is fantastic dancer -- matter of fact, he teaches dance." Stacy Brown, a Jackson biographer who once worked as a family spokesman, said he heard about Bhatti in 1992 when the boy would have been around 8 years old.  "Michael took him [Bhatti] in and took his parents in, he would travel the world with him," Brown said. "He lived at Neverland for a long time and moved out when Michael left Neverland. He would tell them [the Jackson family] that he was Michael's son," Brown said. "The fact is, he is not Michael's son." Another former family spokesperson Stuart Backerman said, "Maybe Michael loved him like a son, treated him like a son, and maybe he [Bhatti] felt like Michael was really his father. But I just don't buy that he's his son."

According to Brown, Bhatti's mother, Pia, worked as Michael Jackson's first nanny, taking care of Prince. When MJ died Omer had a front-row seat with Jackson's family at the singer's memorial. "It was a rightful place for him," said Brown. "He grew up around Michael and really had a bond with him." But did the legendary singer ever admit he has a fourth child? Us Weekly reported that Jackson himself did, indeed, acknowledge that he was the father. In 2004, a source told the magazine, "Jackson has told his closest associates Omer's mom was a Norwegian with whom he had a one-night stand."

What does Omer have to say? He reportedly shot down the notion that he could be related to the late pop star. “Being on TV and having these appearances later led me to Michael Jackson, where he, in a way, adopted me and became like a mentor and a father figure for me," Bhatti said. "As a little kid, looking up to him, the way I did back then, it’s like everything that I saw, it’s like I was like a sponge, just taking up everything. He would later say that I was like a mini-version of him," Bhatti said of MJ, "and I ended up going on tour with him. I would have a seat, like, right on stage…" Although biologically he stays away from the legend's name he still keeps a close relationship with MJ's kids. “I consider myself an older brother because when Prince was born, my mom (Pia Bhatti) was hired to be Prince’s nanny, and Paris, I’ve been there since she was a baby," said Bhatti. "I would say almost maybe even partly raised her. Yeah, she’s my little sister in every way.”

Fans can't help notice that both Omer and MJ seemed to have some similar traits. On a YouTube video, J S wrote: Michael made have had surgery, but you cant change eyes or the smile, he looks like Michael, his mannerisms too. I believe that's his biological son. Nora Yvelle pointed out: His eyes 👀 and that chin dimple. Irena Holc added: He's soo like Michael. Maybe I'm the only one , but I hear and I see Michael in Omer. His eyes,voice, dance,everything.