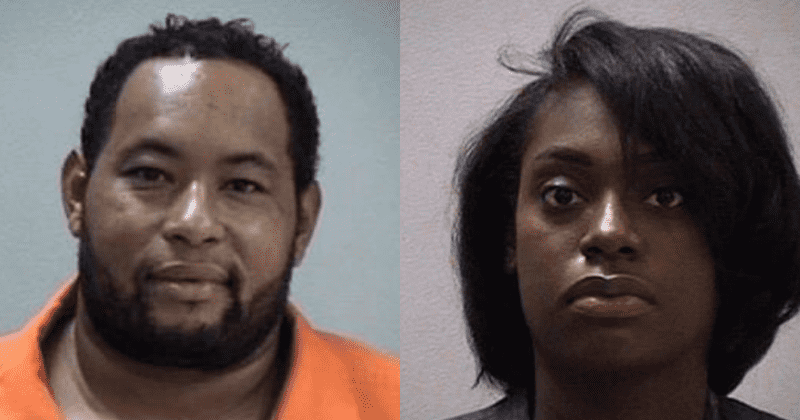 Trigger Warning: The story has details of child sexual abuses that readers will find disturbing

On the outside Rev. Stricjavvar “Strick” Strickland from Kalamazoo’s Second Baptist Church in Michigan was someone his church members looked up to. But behind this facade was a man with a weird sexual fetish and a pedophile. He and his wife, Jazmonique Strickland were involved in a sex scandal that has rocked not just the community but whose infamy has also spread across the country. Strickland has been accused of sexually assaulting a minor boy in exchange for money while asking for nude pictures from another. But even more serious is the charge that he paid 4 minor boys to have sex with his wife who was pregnant with their sixth child at the time, while he watched reports Mirror.  The boys were aged between 15 to 17 years. The crimes took place over a period of three years from 2015 to 2018.

An American pastor and the former executive senior pastor at Second Baptist Church of Kalamazoo, Michigan, Stricjavvar Strickland, 37, and his 27-year-old wife Jazmonique have been charged with sexually abusing boys.#unitedstates #childabuse #pastorhttps://t.co/fvNTFjj83V pic.twitter.com/N9U5wOVrHU

Both Strickland and his wife were working at the Phoenix County School where the boy's studied reports The Grio. Christin J Mehrtens-Carlin, Assistant Prosecutor at Kalamazoo County, said,  “Per the reports, the defendant and his wife would use their employment at Phoenix High School (in Kalamazoo) and to some extent, the defendant would use his work as a pastor, to find male teens to engage in sexual activity with the wife, while the defendant watched and masturbated.” The boys told investigators they were each paid $100 to have sex with Strickland's wife at various times during the three years. He also paid the boys more money to watch his wife performing oral sex on them. He paid another boy to let him engage in oral sex. He was also allowed to use his car in exchange. One of the victims, a 15-year-old was paid $200 in 2019 to have sex with Jazmonique in their house.

Strickland has maintained his innocence throughout. Jazmonique recently turned herself to the police according to a WWMT report. She was booked at the Kalamazoo County Jail last month after an arrest warrant was issued for her for the incident that came to light in 2018. She has been charged with eight counts of felonies related to child sexual assault and human trafficking. Her husband was charged with 11 felony counts related to criminal sexual conduct and human trafficking. A bond of $500,000 each was set for their release. The crime was uncovered when two of the four boys told their parents about the same according to The Grio report. They, in turn, contacted a Michigan State Police detective in August 2018, according to the case affidavit.

Sexually assaulting four male victims between the ages of 15 and 17.https://t.co/woKjM90E3O

The two boys were at Phoenix High School during 2017-18, where they met the pastor and his wife. Jazmonique was the school's secretary at the time. “It has been two years since these allegations first came forward and Pastor Strickland has remained in contact and available. He is not running from this. Pastor Strickland remains ready to turn himself in and deal with these charges accordingly,” said Strickland's attorney, Michael Hills according to The Grio report. Strickland himself called the charges “absolutely preposterous” and added that he had no information about the specifics of these. "All I can say for now is that we are prepared for this fight. God will prevail,” he said. Strickland was earlier charged with assaulting a deacon at his church last year. This led to a misdemeanor count of assault and battery.

Susan Coney, the Kalamazoo Public Schools spokesperson said in a statement: "Kalamazoo Public Schools' utmost concern is the safety and well-being of our students. All employees and volunteers must pass a background check before working with students. We strive to have trusted adults in our schools so students can ask for assistance about any matters of concern. When there is an allegation about an employee, we investigate it thoroughly and when it is appropriate, involve law enforcement. Inappropriate conduct by our employees is not tolerated."