Mother arrested for attempted murder as she and her three kids are found naked and nearly frozen to death in 5°F Russian forest. 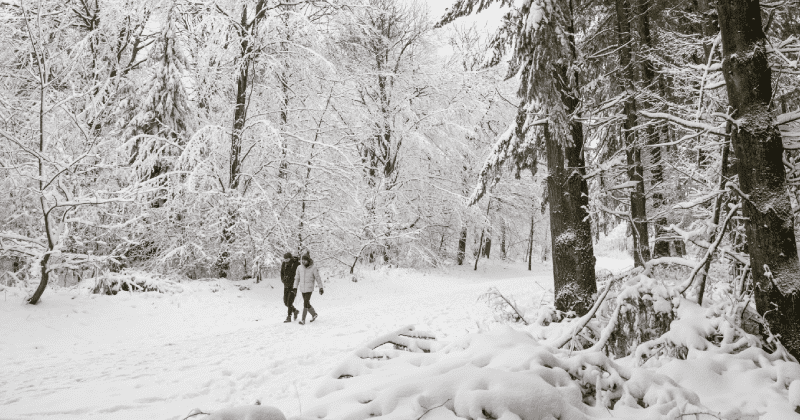 A woman allegedly tried to kill her children, including a baby, because she was ashamed to be "living in sin." Natalia Vazina reportedly made them strip down and walk naked into a forest in 5°F snow where she intended to bury them. Natalia Vazina, 33, was not wearing any clothes either as she walked her three kids — 10-year-old Grigory, two-year-old Lazar, and 11-month-old Marfa — into a forest near Moscow. She is reportedly a millionaire's lover. The three kids were saved from a grim fate after a dog walker saw them late on Thursday evening, February 11, and informed the cops, reported The Sun. The woman and her three children were found not too far away from her apartment in the area, in the village of Sosenskoye. Natalia Vazina was reportedly ashamed to have been involved with the married millionaire.

The Russian police reported that all three children suffered frostbite and hypothermia and were being treated at a hospital. The 33-year-old woman also suffered frostbite to her back, legs, and feet. She's also receiving treatment at the hospital. Local media reports claim Vazina has been romantically involved with Ilya Klyuev, a millionaire jeweler. Vazina reportedly worked at Klyuev's jewelry house where they developed feelings for each other a few years ago. Klyuev was already married with four children. Reports suggest that he's also paying for a luxury apartment for Vazina and her kids in the New Moscow suburb, with rumors suggesting that he's the father of two of her children.

Natalia Vazina reportedly became very religious recently and was bothered about "living in sin." Vazina's sudden tryst with religion also fractured her relationship with Klyuev, who was "shocked" after visiting the four of them at the hospital. The millionaire allegedly volunteered to take custody of all the kids, including Grigory, who is not his own. When 360TV asked him if the other two children were his own, the millionaire replied, “You know, these questions are awkward to answer.” When prodded further, Klyuev refuted any claims that he was in a relationship with a woman and claimed to know her from work only. “You never know what they write there, I cannot say. This is some kind of misinformation. I know this woman, she worked for us a long time ago. Of course, we won’t leave the children,” said Klyuev. Vazina defended her actions claiming someone had put something in her food. The cops have charged her with attempted murder. The authorities will also conduct a mental health evaluation of the 33-year-old.

Vladimir Putin’s children’s ombudswoman Anna Kuznetsova visited the family at the hospital after the incident made the news. “I managed to talk to the elder boy. He suffered the most because he walked barefoot in the snow. His feet have to be treated seriously and the forecasts (from doctors) are cautious," said Anna Kuznetsova. "The kids are wonderful, the older one is open, caring. He told me how he comforted his little sister in his arms, because she doesn't like to sleep in a crib. The doctors told how the children are close to each other, but I saw it right away.” Kuznetsova is the head of the Association of organizations for family protection and an executive committee of the All-Russia People’s Front in Penza, and primarily deals with dealing with abandoned children. At the time of taking her job, she said she plans to "look around, watch the specific character of work and scrutinize all the issues, and gather a team." "We will try to do everything possible. I want every child to be happy, we will make every possible effort and use all experience," said Kuznetsova, reported TASS.

If you know of any children who are being subjected to abuse, please contact The Childhelp National Child Abuse Hotline at (800) 422-4453