The entire community came together and more than 2000 flyers were made and passed around. The little girl's body was found on Friday. 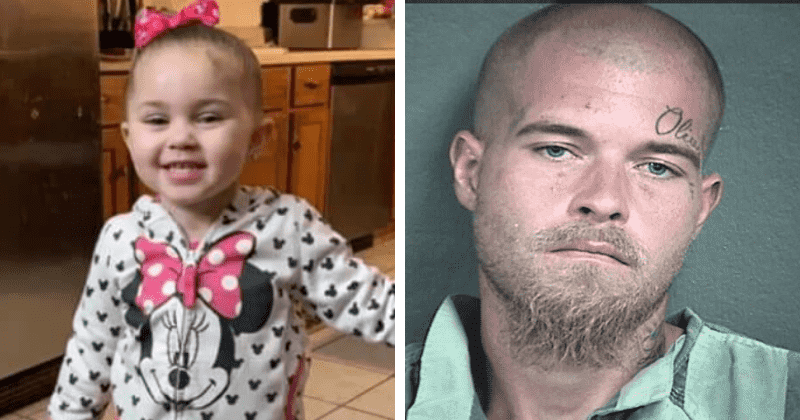 3-year-old Olivia Ann Jansen went missing on Friday morning and immediately, an Amber alert was issued. However, The Count reported that Olivia's body has been located, as per an official statement. Police officers are said to have found the body around 5:30 pm on Friday. Officers discovered the body in a wooded area in the 3400 block of Steele in Kansas City. According to The Kansas City Star, Olivia Ann Jansen was last seen at her residence in the 4400 Block of Gibbs Road, said Officer T.J. Tomasic, a spokesman for the Kansas City, Kansas Police Department.

Friends of Olivia Jansen’s family are passing out these fliers in the neighborhood. There is an amber alert for the 3-year-old. KCK Police tell us her father reported her missing this morning. @41actionnews pic.twitter.com/Qs8TOU85BW

As it was previously reported, Olivia's father woke up at 6:30 am on Friday morning and discovered that she was missing from the house. The back door was open as well. This led investigators to believe she was taken from the house but they did not have suspect or vehicle information. The father allegedly last saw Olivia around 11 pm on Thursday night. Police also said that Olivia's mother is currently incarcerated. A lot of people were on the lookout for the missing child. “A lot of the outside agencies and assisting agencies are providing the assistance just because it is an Amber Alert,” Officer Dustin Dierenfeldt, spokesman for the Kansas City, Kansas, Police Department, said.

When asked about the search in a wooded area behind the home, the spokesman said several resources were used to find the girl. “It is a large wooded area. There’s a lot of debris and it encompasses a vast area,” he said. “We are utilizing K-9s, we are utilizing drones, we’re utilizing traffic. We’re utilizing a lot of different resources to be able to locate this child.” Amanda Webb, 41, whose 4-year-old granddaughter is friends with Jansen, joined the search Friday. “When something like this happens in the community we just come together like this and do what we can to try to make things come out right,” Webb said.

The entire community came together and more than 2000 flyers were made and passed around in a short while. “We just really came together as a community to try to bring this little girl home safe,” she said. “Prayers to everybody involved prayers, to the community for reaching out so fast, and we won’t stop until we find out what’s going on.” However, it was later reported that Olivia's father, Howard Jansen III, 29, was booked on suspicion of first-degree murder and child abuse, in the Wyandotte County jail. According to The Kansas City Star, the father has not been formally charged, but he is being held without bond, according to online court records.

Anyone with information about missing Olivia Jansen should call 816-474-TIPS or KCK police.

Hear from her family on @KCTV5 News at 4,5 and 6PM pic.twitter.com/zAQcVVxKLY

People had a lot to say about the arrest. Janet McConnell shared on Facebook: How could they have made an arrest so quickly? Same day? Forensics couldn't have gotten the test results back that quick. We need to hear the full story. Alan Bean added: I had a feeling that the father killed her what parent would wait three hours to notify police that their kid is missing and why did he go to the police station and not call 911 immediately this makes me sick. Cat Hunter added: Sounds like she had been dead for a while. They said before they even got to where her body was it smelled so bad. I hope someone in jail cuts her name off his ugly face.

Tragic news to report this evening. Police recovered the body of 3-year-old Olivia Jansen off of a trail near 34th and Steele Road in Kansas City, KS. The Amber Alert has been cancelled. #RIP #JusticeForOlivia 💚 pic.twitter.com/o27MW2rga6