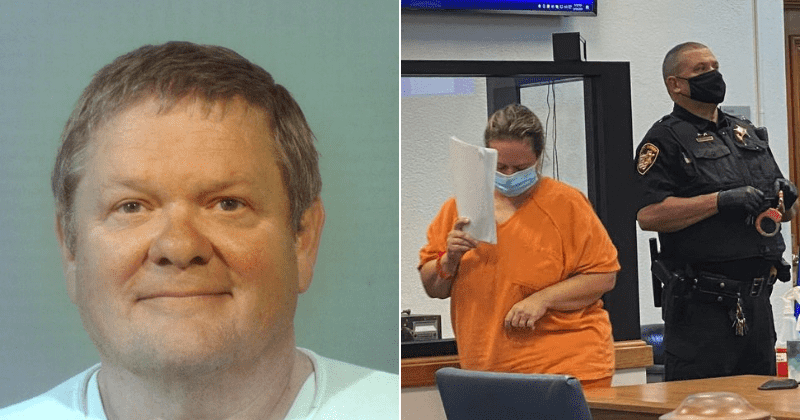 Athens County teen Serah Bellar was reported missing in April 2020 at the age of 16. Now the teen has apparently resurfaced online through a Facebook post she made right after turning 18. The teen said she was safe but was waiting to turn 18 so she could come forward publicly. According to WOUB, under the name Delilah Rose Price, she posted that there was a long history of sexual abuse and other mistreatment from within her family. Facebook reportedly took the post down, but The Athens County Prosecutor’s and Sheriff’s Offices ensured that the case was being investigated. The press release said authorities were investigating “other allegations made in the post.”

Bellar was last seen in Millfield, OH on April 3, 2020, according to the Ohio Attorney General’s office. Multiple reports of sexual abuse within the Bellar home were made over the years but no formal action was taken. Athens County Children Services received reports in February 2017, May 2018, and April 2020 that sexual abuse was taking place in the household. Reports and records provided by Athens County Children Services and the Athens County Child Advocacy Center were given but nothing was done about it formally. “There was an absolute systematic failure in handling these accusations,” Athens County Prosecutor Keller Blackburn said in a prepared statement. “Serah was turned away by authorities every time she tried to report this abuse. Fearing for her continued safety, she left the state and was victimized again by those who she thought were helping her.”

16-year-old Serah Bellar was last seen near Swett Hollow Road in Millfield, Ohio on April 3rd, 2020 @ 11PM; she may travel outside of Ohio. Serah is now 17 years old, 5'0, 120 pounds, and white w/ long dark purple hair that is short on the sides, green eyes, pierced ears; her pic.twitter.com/mpceJwY27e

Athens County Prosecutor Keller Blackburn launched the investigation, with the cooperation of other law enforcement agencies, to look into the history behind Bellar’s disappearance. Four family members have been charged as a result. Robert Bellar, 54, and Deborah Bellar, 49, the parents of Serah and 17 other children, have been charged with engaging in a pattern of corrupt activity and two charges of endangering children. Robert and Deborah are believed to have 18 biological children and one adopted child. The endangering children charge lists Serah and another child as victims, reports WSYX. One of Bellar’s brothers, Josiah, 24, was indicted on three counts of rape and two counts of gross sexual imposition. Another brother, Jonathan, 26, was also accused of gross sexual imposition. With the help of Sheriff Alvie Lee Kight Jr. and the Toombs County Sheriff’s Office, as well as the Georgia Bureau of Investigation, two other suspects, Jerry and Shayna Chadwick were taken into custody and charged with interfering with custody.

Running on fumes, but here it is. A joint project with @athensmessenger and @TheAthensNEWS.

A deep dive into the Serah Bellar timeline. Indictments and interviews paint an environment filled with abuse and cult-like behavior.https://t.co/80Rk0Sj6hK

This is so disgusting. It makes me so angry when people take religion and turn it into their own dark and twisted agenda. I'm a thousand percent sure God doesn't need us to procreate with our siblings. It's always the innocent that get dragged into this kind of manipulation 😒

That uncle "Jim", a self-proclaimed apostle, denied the claims in a statement to Law and Crime, calling it a "complete lie." James Bellar said, "I am a Minister of the Gospel of Jesus Christ and stand as witness to the Truth. How people react to that is on them." The parents have each pleaded not guilty and were given $1 million bonds. It’s unclear where Serah is today, but Athens County Prosecutor Keller Blackburn assured the public of her safety.

Oh my gosh: Bizarre home life in which parents (who have 19 kids) brought their kids to a church run by their uncle, who preached that siblings are supposed to have children with one another to repopulate the planet amid the apocalypse: https://t.co/frKfNqdP5o