trending celebrity people lifestyle news animals
Mom Turns Away Child Who Wasn't Invited To Her Daughter's Birthday Party, Asks If She Was Wrong

Mom Turns Away Child Who Wasn't Invited To Her Daughter's Birthday Party, Asks If She Was Wrong

One parent came and tried to drop off both their kids, even though only one was invited. 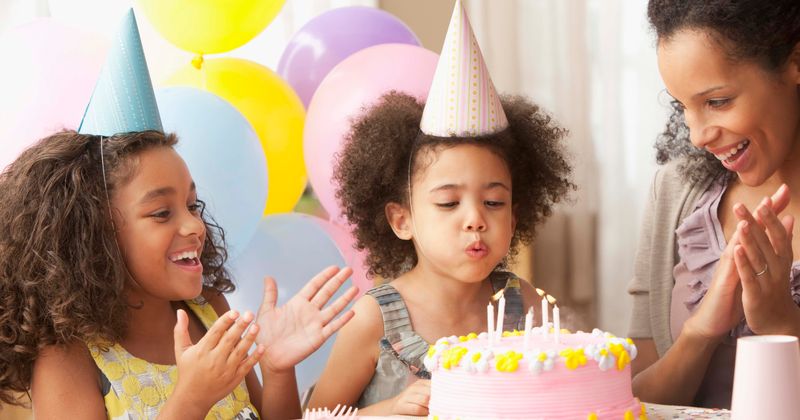 A kid's birthday party is supposed to be all about having fun, but sometimes hosting it can take a toll on a parent. Getting everything in order takes some effort and that includes the guest list. Sometimes parents want a small get-together for their child's special day but many parents have had the unpleasant encounter of having to deal with uninvited children. Some parents drop off multiple kids, some of whom are not even invited to a party, and then rush off. To make sure no one's feelings get hurt many parents would take the uninvited kid in. But a mom-of-three shared her story on Reddit of how she turned away one uninvited party guest.

The question was posted by the mom's niece and shared in the popular subreddit "Am I The A**hole" where she asked, "Am I The A**hole for not letting an uninvited child attend a birthday party?" The mom was vocal about her distaste for the practice of dropping uninvited kids to a party. She wrote that "Sometimes more than one parent does this and honestly I think it's selfish. If it had been prearranged with the hosting family then sure alls well but often times it's not. Who would say no to a child? After all it's not their fault."

Talking of her own story, she had decided to keep the guest list small for her own 10 -year-old daughter's birthday due to COVID-19. She elaborated: We thought to take the kids to a craft party where each child gets a pre-chosen crafting pack to work with for the event. This event is a per-child prepaid event so any extra children would be unpaid for and would not have their own crafting kit. This fact was heavily emphasized to the parents and not a word of discontent was uttered.

Yet, this didn't stop a parent from trying to drop off both their kids, even though only one of them was invited. The mom put her foot down and said that the other sibling would not be allowed inside. She told the parent that they had only so many craft packs allocated for each child and also reminded the parent that she wanted to keep the event as small as possible. The parent did not take this well and took both of their kids home.

She wrote: I stuck to it and firmly told parent that child B could not come. I still stuck to my decision when child B threw the biggest tantrum, parent made no move to calm but instead blamed me for saying no and 'all the other parents always let both children attend'.  But the woman felt that to teach "my children the value of your word and sticking to it is more important than sparing the feelings of a child and parent who should know better."

Redditors were unanimous in their reactions and concluded that the woman was in fact not an asshole. The fact that she made it clear in advance, and had her reasons for making this an invite-only party was reason enough for the issue not to blow up.  ChewMyFudge wrote: NTA. They should have spoken to you first, instead of dropping a random kid on you like that as if you run a daycare. jadiseoc pointed out:NTA "Who says no to a child"? Any real parent who values raising a child with social skills and appropriate boundaries. mothertothemax added: NTA. Yes, I'm sure the child was disappointed, but that's hardly your (aunt's) fault. The parent was exhibiting extremely selfish and entitled behavior, and it at least did that child good to see that that isn't universally tolerated.