Mom Bludgeons 3-Year-Old Daughter To Death With Hammer, Then Tries To Kill Herself

After realizing what she had done, the mother tried to take her own life. 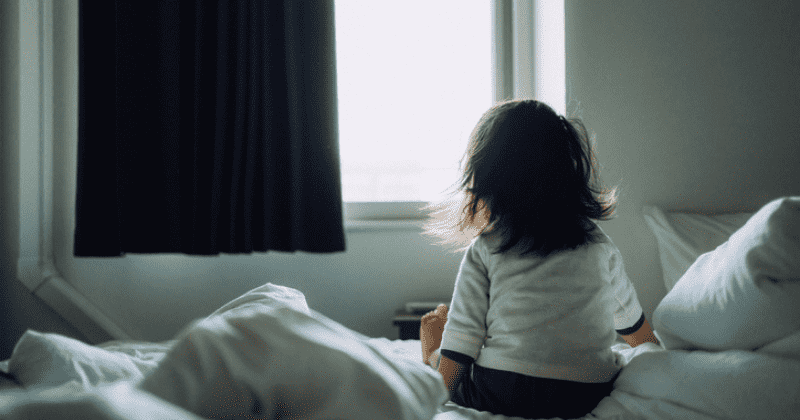 A mother, accused of killing her own three-year-old daughter by bludgeoning her with a hammer, is now said to be in critical condition after she tried to take her own life. According to a Mirror report, Natalia Petunina attacked her daughter Lisa after overdosing on antidepressants when they were alone at home in Kirovrad, Russia on Friday. According to the prosecutor's office, the father found the child lying in a pool of her own blood, minutes after her death. The husband reportedly came home from work to have lunch and immediately called an ambulance upon seeing his daughter. When paramedics arrived at the scene, they revealed that the girl was already dead before proceeding to inform the police about the death. As per a forensic report, the child died after being hit multiple times with a hammer on her head. The mother, who tried to kill herself soon after was quickly rushed to a local hospital where she is said to be fighting for her life.

Valeriy Gorelykh, a spokesperson for the police, addressed the local media and said: "After realizing what she had done, the mother tried to take her own life. She did not accomplish her plan because her husband came home from work to have lunch and called emergency services.'' The Sverdlovsk Region Investigative Committee has launched a criminal case against the mother for murdering a minor and once convicted, she will face up to 20 years in prison.

Shedding more light on the incident, Gorelykh added: ''Shortly before the tragedy, the mother took a much larger dose of drugs than she should have taken. 'That could provoke the aggression towards the child.'' The woman's relatives confirmed that Petunina was suffering from depression and would regularly take antidepressants to help herself. Her mother Valentina spoke to the media and said: ''When Vladimir found Lisa, he thought it was paint on her head. My daughter experienced constant fears and took prescribed antidepressants. When she would see an ambulance or police car in the street she panics thinking that they were after her. She completely ruined her life.''

According to her relatives, Petunina was a good mother and never consumed alcohol. One of her friends had positive things to say about her. ''Whenever I saw her, Natalia was always in a good mood. She loved her daughter very much, took good care of her", before adding, "The girl was always dressed neatly and beautifully.'' In a similar story, a Chicago woman was charged with first-degree murder after she killed her five-year-old daughter by slashing the child's throat with a serrated knife. The child's older sister witnessed the killing as she watched the incident unfold through a keyhole. The incident occurred in the 3200 block of West Fulton Boulevard in late September, Dailymail reports.

This is 5-year-old Serenity Arrington. She was stabbed this past weekend in Chicago by her mother.

Where are the "social justice warriors"?

Where's #BlackLivesMatter? Will she get a t-shirt? Hashtag? Will privileged (often misinformed) athletes take a knee for her pic.twitter.com/VxQLJcaJV3

As per Cook County Medical Examiner's office, the girl named Serenity Arrington was taken to Stroger Hospital where she was pronounced dead. An autopsy report from the day after the incident revealed the child's cause of death was due to "multiple incised wounds" to the neck. The authorities declared her death as a homicide. Reportedly, one of the wounds was so deep that it almost went to the back of the child's neck. Simone Austin, 27, the girl's mother was arrested on a charge of first-degree murder after she walked up to the police at the crime scene.