Mom Says Grandparents Have To Ask For Consent Before Hugging Her 2-Year-Old, Sparks Debate

In a series of TikTok videos, Brittany Baxter explains that she's been teaching themes of consent and boundaries to her child. 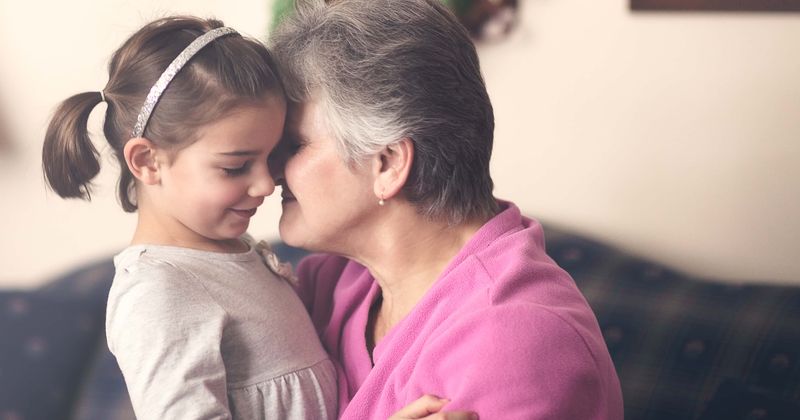 We had earlier mentioned the story of one woman's 6-year-old daughter biting her grandmother's nose!? Why? Because grandma tried to hug her! The mom explained on Reddit that her daughter "is a really sweet child and very loving, but she is not a big fan of physical affection. She will tolerate hugging some close family members but will refuse to hug or kiss anyone else if she doesn't want to." She added that the family "is split on whether I should have just made my daughter hug mil to avoid conflict or it is ok for my daughter not to want to hug her but she should be punished for defending herself." Many Redditors at the time came in support of the mom's decision and they were proud of the child for standing up for herself.

i wish parents would ask for consent to hug their kids, makes my skin crawl when i’m hugged by family members

Kelly McGuire, coordinator of Make Your Move! Missoula, a sexual violence prevention project that focuses on consent education and bystander intervention, told Healthline, "Respecting your kid’s wishes of when you want to touch them can’t be started too early," McGuire stressed. It's important to respect the child's wishes when it comes to hugging, kissing, cuddling, and tickling. Yup, this even extends to immediate family members."

Now, Australian mom, Brittany Baxter is bringing back the topic of consent in a series of TikTok videos where she discusses how her daughter’s grandparents cross the boundaries that she’s set out for her child.  Despite her being all of 2 years old, her daughter already seems to understand the concept of consent but strangely adults don't and instead take it personally. They often feel hurt that the child doesn’t want affection at that very moment.

WARNING to the OLD PEOPLE in my FAMILY:
I NEVER want to hug or kiss you. ❌STOP asking, & STOP complaining when I don't. #boundaries #personalspace #metoobitches 👋 https://t.co/6yShOK00pd

In one TikTok video, she said, "I find it really [expletive] unhelpful when the adults in her life are like 'What, we have to ask for a kiss and a hug?' even though I’ve explained why multiple times. And then when she says no, they’re like 'Oh, she doesn’t love me, my feelings are so hurt,' and then they proceed to overstep her body boundaries anyway.'" She added, "My daughter and her body do not exist to make anyone feel more comfortable and to make anyone feel more loved. It is not her fault and it is not my fault that the older generation haven't taken the time throughout their entire lives to learn how to regulate their emotions/feelings so consent doesn’t continue to be overlooked."

I noticed the Kardashians always say to their kids "can I have a kiss?" Then the child would respond the way they want.
I think this is a great way to teach them consent from a young age.
Older people shouldn't be entitled to affection from kids.

The mom pointed that the important thing is her daughter's emotional well-being. "No one’s feelings are ever going to be more important than my daughter’s right to her own body," Baxter reiterated. "And I’m sure as [expletive] not going to allow her to grow up in an environment where 1. She doesn’t know how to say no and 2. She doesn’t know what it looks like for her not to be respected." Baxter concluded with just one request: "Grandparents, do better."

I think she has a point. If the kid dont want a hug or kiss then it shouldnt be forced on them

Speaking to Sunrise, Brittany said she makes it a point to tell family members to ask her daughter for permission before touching her because "consent starts in the home."
"If we can’t allow our children to say no and we can’t teach them that it’s ok to say no, how are they ever going to be able to do that when they find themselves in difficult situations where they feel uncomfortable?" she explained.  Traditional parents may not understand why some children turn down gestures of affection but experts are saying that teaching children bodily autonomy, that is, the concept that an individual has control over what happens to their body, including who gets to touch it, is extremely important.

However, her video left people divided. While some applauded the mother for teaching her child, and by extension, adults in her family.  "I can’t tap 'like' enough on this one!" wrote one woman. "Preach sister. Love this!!!" One man shared, "50-year-old, proud uncle here. I learned early to ask, 'Would you like a hug, high five, nothing?' Always cool. Always supported. It’s so important!"

And then there were others who did not agree with her point of view. "I encourage my 21-month-old to bond (through emotional and physical warmth) with my parents, and she is so connected to them," shared one mom. "I really don’t get your anger." Another wrote, "I actually can’t tell if this is satirical or serious?"