trending celebrity people lifestyle news animals
Mom Falls In Love With Her Son's Best Friend Who Is 22 Years Her Junior: 'Head Over Heels In Love'

Mom Falls In Love With Her Son's Best Friend Who Is 22 Years Her Junior: 'Head Over Heels In Love'

The mum-of-two claims her son is happy about the union, but others haven't been as accepting. 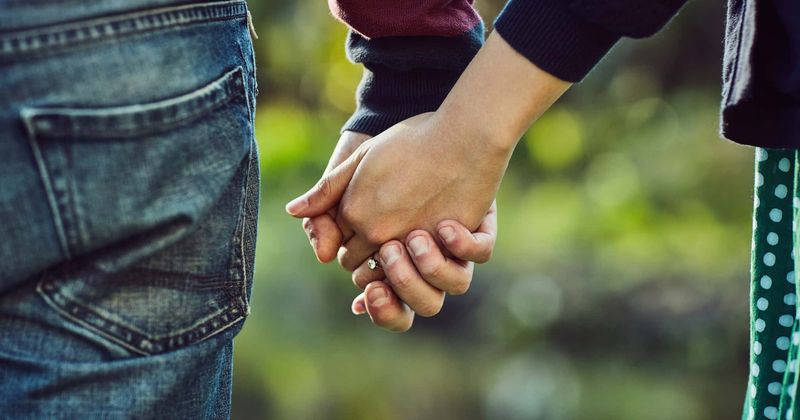 Cover Image: For Representation Only

Love knows no bounds and can happen between two people of vastly different traits and age-groups. A woman has recently revealed how she fell in love with her son's best friend who is 22 years her junior. Forty-two-year-old Dawn Northey, from Wolverhampton, West Midlands, was allegedly head over heels for her son's friend Takhari Aldridge, 20. Dawn's son, 18-year-old Callum Northey, introduced the pair and said that he and Takhari had been online gaming friends for three years before finally meeting in June 2017, The Sun reported.

Who cares as long as they are both happy.

According to Daily Mail, what may have started as a crush soon grew into a deep passion. Seven months after they first met, Dawn and Takhari, then 18, had their first kiss after she dropped him home one afternoon and they've been a couple ever since. The mother-of-two claimed that her son is happy about the union, but others haven't been as accepting or supportive. Dawn said: "When I first met Takhari, I couldn't believe I found an 18-year-old attractive. Thankfully he fancied me too in the end and now we're head over heels in love."

She claims her son is happy about her relationship with the mate he met on Xbox Live.

Back in July 2014, Dawn's son Callum first met Takhari while playing Xbox games online. Over the course of three years, they interacted every day until they became so close that Takhari invited Callum to his house in June 2017. At the time, Dawn was married, and drove her son 300 miles from their home in Glasgow to Wolverhampton so he could stay with his gaming pal. She says: "As we pulled up to the house, I saw Takhari standing in the driveway. He was tall, dark, and handsome. I went inside and chatted with Takhari's mum while the boys played video games upstairs." Dawn had previously been in a 15-year marriage to Callum's dad which came to an end in January 2018. The couple split up, and just a few weeks later, Callum invited Takhari to stay with them.

When he insults his friend about banging his mother 😂😂

Dawn says: "When Takhari came to visit, I was excited to see him. I kept stealing glances at him around the house. Every day I had to tell myself I was too old for him and to stop being daft. I thought it was just a silly crush." The next week, Dawn drove Takhari back home to Wolverhampton, Metro reported. She recalled: "As we chatted away about our lives, I had no idea how mature he was. "When we arrived, Takhari suddenly leaned in and kissed me in the car. I couldn't believe it. I had no idea he fancied me too. I was over the moon."

When her son and his best mate have a conversation, her son can say "what are you doing tonight?"

His best mate can actually say: "your mum."

However, within a week's time, Takhari's mum discovered their text messages and found out what was going on. She went on to kick her son out of the house. Dawn says: "I was heartbroken. Takhari had nowhere to live so I told him to come to stay with us. Next, I needed to come clean to my son, but I was terrified. "That night, I told Callum that Takhari and I had romantic feelings for each other. I explained that if he didn't accept us then we would end it immediately, as neither of us wanted to sacrifice our relationship with him. Callum shrugged his shoulders and told me he was fine with it. I'd never felt so relieved." Callum has been supportive of their relationship, but the couple faced criticism elsewhere. Dawn says: "Whenever I held Takhari's hand in public, strangers gave me dirty looks. "Even someone from my family accused me of grooming Takhari and threatened to call the police. We were both horrified."

Mum Falls In Love With Her Son's Best Friendhttps://t.co/grWO3ff2mc

Takhari and Dawn have a 22 year age gap, but the couple insists that they are happier than ever. Dawn went on: "Takhari has given me a new lease of life. "He and Callum are still best friends and it hasn't affected their friendship. Addison even calls Takhari Dad now, it's adorable. "Although Takhari's mum hasn't given us her blessing, we really hope she will one day. I don't see why people judge our relationship when we are simply happy and in love. Most of the time we forget we have an age gap anyway."

Ach they are happy,who are they hurting?, it probably won't last but what does?.