Mom Forbids Daughter From Sleeping In Same Room As Her Live-In Boyfriend: "Our House, Our Rules"

"They will be allowed to share a bed under our roof once they’re married and not a second sooner," the mother wrote in her Reddit post. 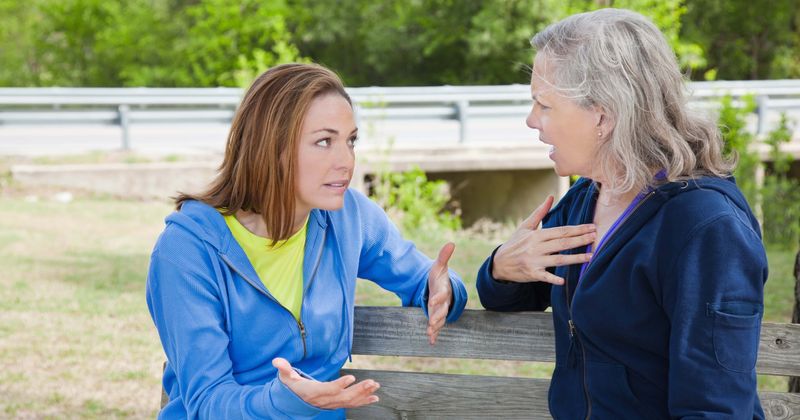 Parents are always going to be parents, no matter how old their child is. This is one such story of a mother who decided to put some rules in place when her 25-year-old daughter came home to visit with her boyfriend who is just a year older. The woman took to Reddit to ask if she is being too sensitive by forbidding her daughter to sleep with her boyfriend when they come to visit her family. The woman wrote, "My daughter and her boyfriend celebrated Easter with us (me, my husband, and our son/her brother). I asked her boyfriend to stay in our guest room, as they aren’t married yet and my husband and I believe it’s inappropriate to share a bed before marriage."

Apparently, the two of them didn't have a problem following the mother's orders at the time, but at a later point, it popped up that this was an issue for them. "Neither her or her boyfriend said anything at the time, but later it came up that they don’t visit more often because we won’t 'allow' them to sleep together." Somehow, the woman couldn't understand why the couple felt that way, because "After all, it’s our house and our rules." Even though the daughter agreed, she said she'd still prefer sleeping with her boyfriend. The daughter then said that she does think these rules are ridiculous.

"She then tried to tell us that they still respect our rule. I pointed out that she was clearly lying about that since she was withholding her very presence from her own family. I said she was punishing us for having a very reasonable rule, and that she obviously doesn’t truly respect 'our house, our rules'. She changed the subject then." Finally, when it was time for them to leave, the mom asked when they will visit next. She gave a rather shady answer saying they'd meet on the 4th of July unless she made plans with her boyfriend's family first. "When I pointed out she was still trying to punish us (who waits for three months in-between visits to their parents?), she just left."

She then mentioned her husband thinks she's right but her son is on his sister's side. In one of the edits, she mentions that her daughter has been with this guy for about three years and that they have been living together for two years as well. "I didn’t include this because the rule isn’t based on their ages or if they’re cohabiting, so I didn’t think it was important. They will be allowed to share a bed under our roof once they’re married and not a second sooner." She then clarified that the daughter was completely "choosing to avoid seeing us at all, instead of spending time with her family." But, can you really blame her?

Fellow Redditors also agreed with the daughter saying that this rule was a bit too much, given how they're already living together. One user shared: You’re allowed to make whatever rules you want for your home. But she also has the right to decide what she’s comfortable with and it seems like she’s made that choice. NAH. But honestly, you’re being foolish. I personally don’t care at all if my son and his gf share a bed in my home. They live together as adults. But if it came to missing time with my kid or standing my ground against them sleeping in the same bed, seeing my kid is going to win every single time.