The owner ignored them for 45 minutes before attending to them and telling them to get out of the restaurant. 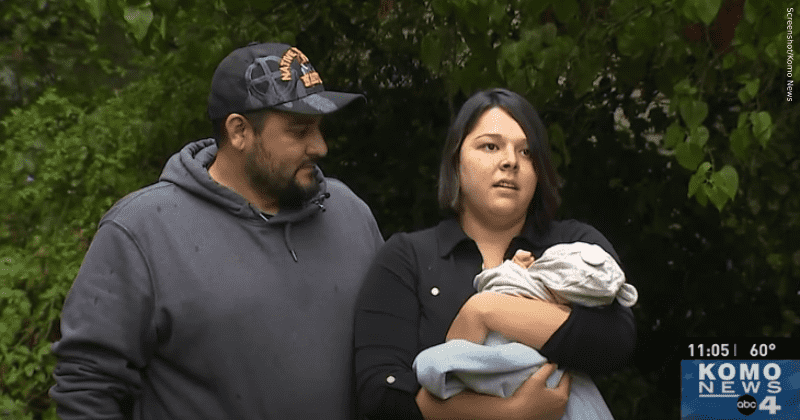 The Mom of a 4-day-old baby alleges she was illegally kicked out of a restaurant for breastfeeding her child. The incident happened in Washington when Ruby Meeden and her husband met up for dinner at Greek Islands Restaurant in Anacortes. The owner reportedly called her an 'animal' and told her to "never come back." Breastfeeding in public spaces is legal across the United States, including in restaurants, making this a potential breach of law. "This place is to not breastfeed your children," the owner allegedly responded. As the couple walked into the restaurant, their 4-day old baby, Rhett, indicated he was hungry. She was sitting facing a wall, nursing the baby when the restaurant owner asked them to leave the place, reported People. "My choice to breastfeed my child in that restaurant was the reason my entire family was thrown out," said Ruby.

"I made sure to get a good latch before we went in, and then I covered him and everything and we sat facing the wall," said Ruby, reported KOMO news. The restaurant owner initially ignored them and appeared to be busy. They had to wait more than half an hour before he approached their table but instead of attending to them, he asked them to leave. "So we were asking him, 'What's wrong? Is everything okay?' and at that point, he said, 'Never come back,'" alleged Aaron.

Aaron was furious and left a bad review for the restaurant online. The owner responded by name-calling them, explicitly telling them that they never return and breastfeed again. "He called our kids 'snot-nosed brats,' and that to 'never come in and breastfeed again.' He called my wife an 'animal,'" said Aaron. He shared the family's ordeal on Facebook. "Was told to leave Greek Islands tonight and never return," he wrote. "After sitting for 45 minutes waiting for service. With my 6-year old-niece and 2-year-old-son. Never given a reason as to why. So we left a review on Google. One star. The owner then proceeds to tell us why we got kicked out. Apparently, he had an issue with my wife breastfeeding my 3-day-old son. My wife feels horrible and ashamed. I won't be going back and I hope this actually makes a difference," he wrote.

"It's unlawful for someone to request that you stop breastfeeding, cover your child, move to a different area, or leave," according to the Breastfeeding Coalition of Washington. After the Meedens shared the family's experience on the town's community Facebook page, Moms from the community gathered outside the restaurant to protest the owner throwing out the family. On the day of the protest, the owner closed the restaurant for in-house dining and limited the business to just take-out. He also shut down the restaurant early that day before taking down the Facebook and Instagram pages. Megan Stevens, one of the nursing moms at the protest, said he would be held accountable as it was illegal to throw out a breastfeeding woman. "He's going to have to answer for it one way or another because it's illegal to kick a woman out for breastfeeding," she said.

Many showed their support for the couple on Facebook. "That is against state legislation. I’m furious for you all. As a mother who breastfed all her boys, I support you and keep breastfeeding in public. That is your right! My family and I have a home in the San Juan’s and I have always wanted to go to this restaurant in Anacortes on our way out town, we clearly will never spend our money there," wrote Berglund. Ashlyn Nicole simply commented, "That's a lawsuit bro."