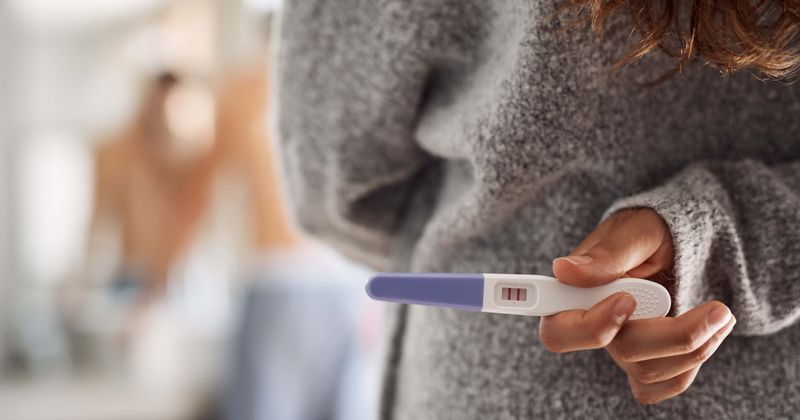 Gabrielle Blair from Oakland, California took to Twitter to explain her views on abortion rights in a lengthy thread that went viral two years ago. The then-44-year-old sparked an interesting conversation where many came in support of her insightful take on the sensitive subject (although they were others who disagreed with her stance). The mother-of-six argued that unplanned pregnancy is always the man’s fault, no matter what the circumstances.

"I’ve been working out the thoughts on unprotected sex and birth control I presented in the article over the last year," Gabrielle told Bored Panda. "I actually wrote the thread about three months ago, and then hesitated to make it public — Twitter can be a harsh place, and I worried my family would be attacked." At the time she was listening in on the Kavanaugh hearings and that prompted her to hit publish. Blair is a Mormon, and she believes that when it comes to abortion, her religious beliefs are on her side, too. "The Mormon church has guidelines that include abortion as an option for rape, the health of the mother, etc., and those exceptions can’t happen if abortion clinics are illegal," she added. "My interpretation of the Mormon church’s take is that it is pro-legal abortion and contraception. Other church members may interpret things in favor of anti-abortion."

She started off her lengthy Twitter thread by stating: "I’m a mother of six, and a Mormon. I have a good understanding of arguments surrounding abortion, religious and otherwise. I've been listening to men grandstand about women's reproductive rights, and I'm convinced men actually have zero interest in stopping abortion. Here's why…"

In a powerful series of tweets, she also reasoned that men who refuse to wear condoms are putting their sexual pleasure before a woman's quality of life. She wrote: "Women enjoying sex does not equal unwanted pregnancy and abortion. Men enjoying sex and having irresponsible ejaculations is what causes unwanted pregnancies and abortion." With pregnancies taking a toll on women's bodies, men don't give it a second thought because they are more interested in deriving pleasure for themselves rather than it being a shared experience. She stated: "There are men willing to risk getting a woman pregnant — which means literally risking her life, her health, her social status, her relationships, and her career, so that they can experience a few minutes of slightly more pleasure? Is that for real? Yes. Yes it is."

Here are some of her powerful tweets:

But ALL unwanted pregnancies are caused by the irresponsible ejaculations of men. Period. Don’t believe me? Let me walk you through it. Let’s start with this: women can only get pregnant about 2 days each month. And that’s for a limited number of years.

And though their sperm gets crappier as they age, men can cause unwanted pregnancies from puberty till death. So just starting with basic biology + the calendar it’s easy to see men are the issue here.

Modern birth control is possibly the greatest invention of the last century, and I am very grateful for it. It’s also brutal. The side effects for many women are ridiculously harmful. So ridiculous, that when an oral contraception for men was created, it wasn’t approved…

There’s a lot to be unpacked just in that story, but I’ll simply point out (in case you didn’t know) that as a society, we really don’t mind if women suffer, physically or mentally, as long as it makes things easier for men.

Men can keep them stocked up just in case, so they’re always prepared. Amazing! They are so much easier than birth control options for women. As a bonus, in general, women love when men use condoms. They keep us from getting STDs, they don’t lessen our pleasure during sex…

Oh. I remember. Men _don’t_ love condoms. In fact, men frequently pressure women to have sex without a condom. And it’s not unheard of for men to remove the condom during sex, without the women’s permission or knowledge. (Pro-tip: That's assault.) https://t.co/c2HHjkbx6G

What this means is a women can be the sluttliest slut in the entire world who loves having orgasms all day long and all night long and she will never find herself with an unwanted pregnancy unless a man shows up and ejaculates irresponsibly.

She added that anti-abortion folks should stop shaming women and protesting at clinics. She wrote: "Stop protesting at clinics. Stop shaming women. Stop trying to overturn abortion laws. If you actually care about reducing or eliminating the number of abortions in our country, simply HOLD MEN RESPONSIBLE FOR THEIR ACTIONS."  She also stated that men could just as easily get vasectomies as it's "very safe, totally reversible, and about as invasive as an doctor's exam for a woman getting a birth control prescription. There is some soreness afterwards for about 24 hours, but that’s pretty much it for side effects," unlike the Pill. She continued, "Men could eliminate abortions in three months or less without ever touching an abortion law or evening mentioning women. Stop trying to control women’s bodies and sexuality."

A lot of people came in support of the author's insightful take on a difficult conversation.  "Amazing perspective. You are 100% correct. Women are forced to operate in a rigged system. Could not imagine. This should be mandatory reading for all. As a father of two daughters, I hope that they can have better options," said Twitter user Damon Wolfe. Here's what other's had to say:

This makes a lot of sense👀 a lot of females put pressure on their bodies to prevent pregnancies when realistically, pregnancies is always in the hands of a man🤔

I always say, if men got pregnant there would be drive-thru abortion clinics. On. Every. Single. Corner.

This should be mandatory high school curriculum.

Get a vasectomy you selfish jerk.

However, there were others who disagreed with her saying that the onus was just as much on the women and it was unfair to blame it entirely on men. One tweeted: "One problem with your argument: you state men are responsible but ultimately it is the woman who spreads her legs. She can demand he wear a condom, or close her legs. She can use an alternative to the Pill such as Depot Provera and IUD." Another added, "As soon as a woman gives consent to sex without a condom, they too are responsible for what happens next. It's like swimming with sharks. If you do it, be prepared for the chance of you getting killed."