"One hundred percent, I did not know about the abuse that was occurring," Mixson said 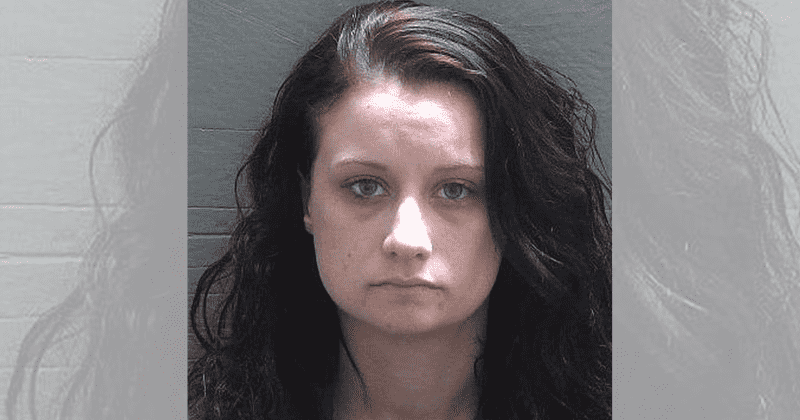 The mother of a 2-year-old Florida girl who was tortured by her ex-boyfriend has come out with her side of the story. Maranda  Mixson, who was charged with child neglect, in the wake of the abuse has said her life has been turned upside down having lost custody of her three children. Speaking to the media, over a year after the incident, Mixson has said she wasn't aware of the torment her then-boyfriend Andrew Bennett Ross Celaius put her youngest daughter under which included burning her skin, shooting an airsoft gun and making the toddler wear a dog shock collar all while he donned a werewolf mask. In an interview with MyWabashValley, she said: "One hundred percent, I did not know about the abuse that was occurring." She's had to leave the state after receiving multiple death threats for her alleged role in her daughter's abuse. But, she's vehement about her innocence in the matter.

@PhillyD Andrew Bennett Ross Celaius nominated for garbage person of the foreseeable future. Honestly there aren’t words to describe his depravity. Throw him in a dumpster forever.

"The past year and a half has been, you know, just trying to rebuild what’s been broken. It’s been extremely difficult." In early 2019, Celaius was caught on home cameras torturing Mixson's daughter. "Take into account that this man wore a mask every time he abused her, so in the eyes of a 2-year-old, she wasn’t being abused by Ben, she was being abused by this werewolf character," Mixson said. "She did not show any signs that he was harming her."

BREAKING: Andrew Bennett Ross-Celaius, the suspect in a "heinous" child abuse case, has died a week after being found hanging in his cell. https://t.co/9MypvOVJgX

The mom first took her child to a hospital after spotting marks on her skin but she was quickly sent away after doctors dismissed it as ringworm. She visited the hospital twice after before it was determined that it was abuse. She noted that she did not suspect her then-boyfriend because he showed no signs of violence. She said, "He never even yelled at us. He also had three children of his own who frequented our house, and he was not abusive toward them either. The man was a sociopath." Now, Mixson has a message for mothers. She said: "You have to be careful with who you leave your kids with because people are very good at putting masks on."

He tortured the 2yo “while wearing a werewolf mask, burning her skin, shooting an airsoft gun at her & forcing [her] to wear a dog shock collar.”

Mom then: She did not show any signs that he was harming her

Mom now: You have to be careful about who you leave your kids with

The mother-of-three is serving 24 months probation and is looking to appeal the charges. She adds that she is doing everything she can to get her children back. A GoFundMe was started to help deal with lawyer fees but is no longer accepting donations According to Buzzfeed News, the news of the abuse gripped much of the nation after the gruesome video footage of the abuse emerged. Sheriff David Morgan spoke after the news came to light in May last year and said: "It's the stuff that nightmares are made of, and no child should be subjected to this." Celaius was arrested on charges of child abuse, aggravated child abuse, and tampering with evidence. However, he died by suicide at the Escambia County Jail.