In a video of the incident, the mother can be heard screaming at the child, saying: "Why don't you remember where you left the things? 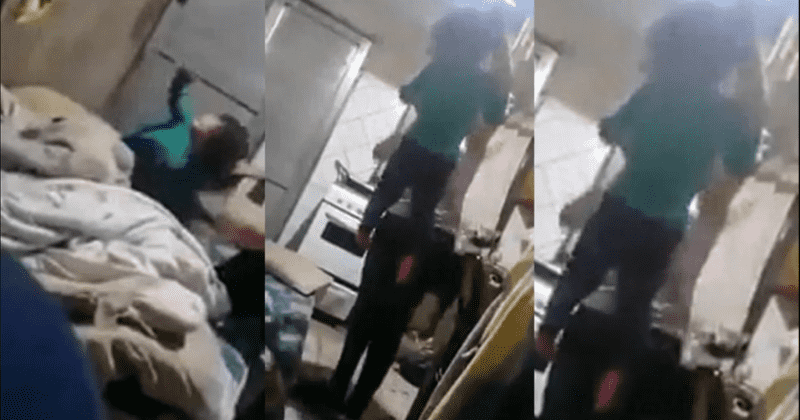 In a distressing instance of a parent abusing their child, three children have been taken in by child services after footage of a horrible assault emerged.  The footage shows the mom assaulting a girl, aged 3, by lifting her up by the hair and kicking her in the back after accusing her of stealing her tablet computer. According to Daily Mail, the video was filmed by an unknown witness in the city of Bahia Blanca in Buenos Aires, eastern Argentina. The video begins with the mother smacking the child repeatedly after she accuses the child of "stealing" her gadget. She can be heard screaming at the child, saying: "Why don't you remember where you left the things? Give me the tablet, you had it here over the table when I arrived here. Give it to me because I will kill you."  The toddler starts to sob uncontrollably and writhes in terror while her mother continues to abuse her. The mom then lifts the child up by her hair, before kicking her in the back. Child services got involved after the video made its way to social media, where it was widely shared across various pages.

#News Mother lifts child by her hair and kicks her in video https://t.co/8ZC3U9ZJmc #DerangedRadio pic.twitter.com/HW06s8VVvL

The child and her two siblings have since been taken away from the abusive home by protective authorities and have been kept under the care of social services as they conduct an investigation. However, there is no news available on whether the mother has been charged or arrested over the abuse. In a similar case, a young five-year-old died at the hands of his parents. Even though child services were called in to intervene, they refused to act on the matter. According to CBS Chicago, two child-welfare officials in Illinois were charged and arrested with regard to this case - the murder of 5-year-old A J Freund in Illinois. While his parents are serving sentences for the murder, the role of the two Department of Children and Family Services (DFCS) employees came under question for failing to prevent the death of the boy despite multiple reports of abuse by police and others.

Girl, three, is viciously beaten by her mother who lifts her by her HAIR and kicks her to the ground because she couldn’t find her tablet and blamed the child https://t.co/HciYuvj8fk via @YayraRadioTV

The boy was killed in April last year. His body was found wrapped with plastic and buried in a shallow grave near Cunningham township in Crystal Lake. Carlos Acosta, 54, and his colleague Andrew Polovin, 48, were taken into custody in September this year by the McHenry County Sheriff’s Office. They were charged with two felony counts of endangering the life of a child and one count of reckless conduct. Acosta and Polovin were released after posting the $20,000 bonds. According to a PEOPLE report, the DFCS was aware of the boy's abuse a long time before he was murdered. In 2013, just after his birth, Freund was removed from his home when opiates were found in his system. He was sent back to his parents two years later but there were continued reports of drug use and child abuse in the years to follow.

"Savage mum lifts daughter, 3, by HAIR and tells her I’ll kill you because she lost tablet device" : https://t.co/CUzQRomeu4 via

According to a CNN report, DFCS workers visited the Freund household 17 times unannounced, from June 2015 and March 2016. However, there were no signs of abuse or neglect, DFCS said then. An annual report brought out by the Illinois Office of the Inspector General stated the DFCS employees in the case "ignored the parents' long history of addiction, the mother's recent relapse, and the parents' isolation of the children from caring relatives and daycare providers."