While Southwest Airlines have said it would refund all tickets of evictees, the woman claims she is yet to hear from the airline's representatives about it. 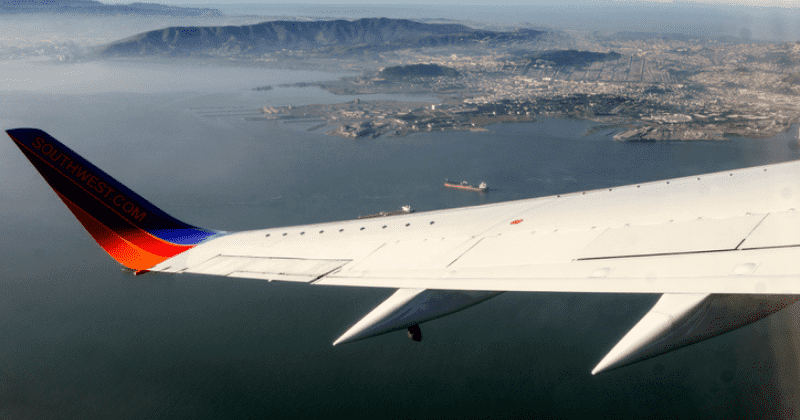 In what turned out to be a horrible experience for the mother, a young woman and her toddler were forced off a Southwest Airlines flight after officials found the young boy not wearing a mask. Jodi Degyanksy was with her 2-year-old on Florida to Midway Airport flight and the little boy was reportedly eating gummy bears on the flight just before it took off on Saturday, reports ABC7 Chicago. The incident, which was partially captured on camera, shows a Fort Meyers Airport gate agent asking Degyansky and her son to get off the flight. Narrating the incident, the mother said: "They came over maybe four or five times and asked him to pull up his mask, will he wear his mask the duration of the flight, are you confident he'll wear his mask? Which I absolutely was."

A mom said she and her 2-year-old son were kicked off a Southwest flight over issues stemming from the boy's mask. https://t.co/epYGhpbdlX

In an interview with CNN, Degyansky said: "I'm super humiliated. I feel horrible that my son had to endure that." The mother said the boy was distracted by the snack in front of him, which is why he failed to pull up his mask. "It was definitely a struggle in the moment because he did have food in front of him, so at two years of age, he was a little more distracted with the food than wanting to pull the mask up over his face," she said while adding that the officials were just fine with her son and that she had even taken a picture of him maskless on the plane when she had flown with them before. "The flight attendants were absolutely fine with him 'working on it,' is what they said," she recalled. "'Just work on it, try to wear it.'"

However, on a different flight on Saturday, the crew from Southwest took a more heartless approach, citing food as a major reason parents take the mask off their kids."They said 'Families have been using eating as an excuse so their kids don't have to wear masks,'" she said. '"I said 'That's absolutely not the case here.'"

The mother reportedly asked the flight attendant to maintain six feet of space and that's when the plane reportedly turned around and the gate agent forced the duo off the plane. Explaining the disturbing incident, Degyansky said: "I felt completely disrespected by the gate agent. It was a really stressful emotional situation and totally humiliating because, again, we were following the guidelines set in place by the airline."

Southwest Airlines offered a statement regarding its face-covering policy and said it "requires all customers over the age of two to wear a face-covering or face mask while traveling to help prevent the transmission of COVID-19". The airline company also stated that "if a customer is unable to wear a face-covering for any reason, Southwest regrets that we are unable to transport the individual." Meanwhile, a peeved off Degyansky said the family had shelled out a lot of money to be on a different flight. "We got our luggage, packed up, went back through security, and paid almost $600 for an American flight home," she said. Talking about her other experience, she said American Airlines let her son sleep maskless, citing that it doesn't require masks for ages below three.

Why was Ted Cruz not removed when he drank coffee the entire flight and wouldn't wear a mask? But a 2 year old eats gummy bears and is kicked off? https://t.co/qArdvr0gTg

Florida has recorded over 668,000 cases so far of which 491,000 are said to be active cases. The state is now part of Chicago's travel quarantine list. Degyanksy stated that she has been abiding by the 14-day quarantine rule. While Southwest said it would refund all tickets of evictees, the woman claims she is yet to hear from the airline's representatives or receive a refund.

Jodi Degyansky had traveled by air 5 times since commercial airlines began mandating that passengers wear masks. But she never thought she would end up being booted from a flight for her 2-year-old son eating gummy bears.#Southwest #facemasks #coronavirus https://t.co/q9hG4aXG1t