"Saying goodbye to her hurt more than words can adequately describe. It felt like an actual death to us," said a heartbroken Sarah Howell. 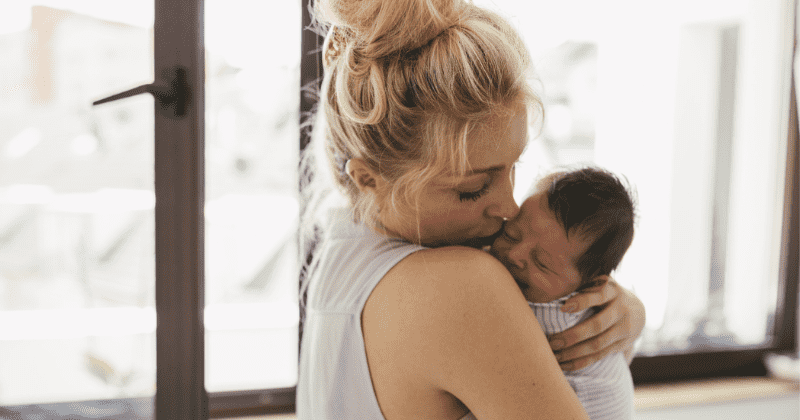 A woman is sharing her heartbreaking story of having her joy of motherhood rudely taken away from her. Sarah Howell and her husband Chris always dreamed of becoming a parent but were left devastated when doctors told her endometriosis would make it very difficult for her to conceive. "It was devastating and sent me into a situational depression. We knew we wanted a family. My husband was more positive and was able to often view things from the bright side, but for me, it was a major grief process," she explained. Doctors advised her to start trying "sooner rather than later" if she wanted to have children. Thus, the couple tried to get pregnant for three years, while Sarah underwent many surgeries and hundreds of pills and injections, only to end up with negative pregnancy tests.

Mum had to return adopted daughter after birth parents changed their minds https://t.co/Te4prahVqT via @MetroUK

In April 2017, the two traveled to meet with a reproductive immunologist in Chicago, hoping for some good news. But after a whole day of tests, they were given less than 1% chance of conceiving naturally. "Hearing our chances of conceiving were so slim allowed us to move on and begin the grieving process of possibly never experiencing pregnancy," recalled the registered nurse from Virginia. With that door closed, the couple decided to adopt a child because they were determined to become parents. The adoption agency they had contacted soon called them saying they had matched the couple with a baby girl who would be ready to go home with them in just three weeks.

The call came just an hour after Sarah found out that she had miraculously become pregnant. "I sobbed. I cried so hard I could barely breathe. It really was the shock of my life," she shared, according to Metro. "I remember I asked myself a million times that day, 'How is this possible?'" When the couple finally met their adopted girl Sarah was eight weeks pregnant. "When I walked into the hospital room her birth mum was holding her and lovingly placed her into my arms, she said 'meet your mum, baby girl,'" recalled Sarah who instantly fell in love with her first child. But the pair's world came crashing down when the child's birth parents changed their mind about giving up their daughter after five days. (Birth parents can legally change their decision for up to ten days after the birth of a child.)

'I adopted a baby girl but was heartbroken when I was forced to give her back – as the birth parents changed their minds' https://t.co/S3kA8ivgHh pic.twitter.com/8Ei0UqEGuv

"I fell to the floor in despair. I kept saying over and over to my husband, 'You’re joking, this is a joke right?'" shared Sarah was in disbelief. "I always say the pain we felt that day was worse than our three years of infertility combined." She added, "Saying goodbye to her hurt more than words can adequately describe. It felt like an actual death to us because we knew we would likely never see her again. The woman was afraid that the pain of losing a child would cause a miscarriage. However, they didn't have any ill feelings towards the birth parents, instead, they are grateful for the opportunity of being the baby girl's parent for at least five days.

"We do not hold anything against her birth parents. If we could, we would tell them how much we love them, and how lucky baby girl is to have them as parents," she said. "She made us parents. She helped heal a part of our hearts that infertility broke. She made me a mum even if it was only for a few days." In October, that year Sarah gave birth to their son, Noah. "It was surreal and felt like an out-of-body experience. When I pulled him to my chest I found myself talking to God thanking him for giving us this miracle and making it to the other side of infertility," said Sarah. When their son was 1, a social worker matched them with a 1-year-old baby boy named Levi.

Although the couple was over the moon, they couldn't help but worry about the child being taken away from them just like the little daughter was. "I knew I wouldn’t be able to prevent this so it felt vulnerable and scary to love a child again knowing they might not stay," explained Sarah. But they took the leap of faith and are happy parents to Levi. Then they decided to become foster parents to help more kids and took in a baby boy in June this year. "As a mum of three boys under three, I feel like I am forever cleaning up messes, playing referee, and changing diapers," she said. "I will miss this one day so I remind myself to enjoy the now. It is what we prayed for so long after all. Three under three is certainly an adventure and at times utter chaos. But the giggles, laughter, and joy far outweigh anything else."