Melissa Kelley has been charged with unlawful desertion of a child and child neglect after the incident. 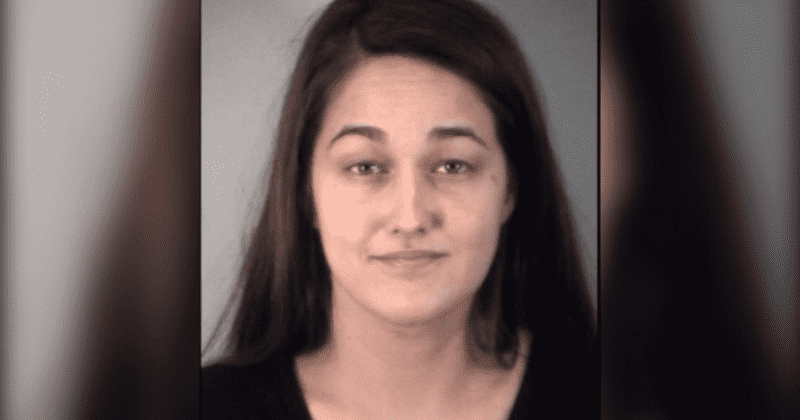 A Florida woman was taken into custody on Sunday after she was accused of abandoning her baby on another woman's front porch. Her claim given as the reason for doing so was that she could no longer care for him. 33-year-old Melissa Kelley allegedly rang a random doorbell in Deltona, Florida when Patricia Tillman answered. Kelley then reportedly put her 3-month-old baby boy, who was in a car seat, at the woman's feet and asked her to take care of him, the Daytona Beach News-Journal reported.

I know how outrageous this is but the charges part must be handed carefully.
Abandoning is better than killing, scabies is better than dead.
We would rather this than the other and we don't want women afraid to actually bring the baby to the designated places to take a baby

According to local police, Kelley started to run as Tillman pleaded with her not to abandon her baby. The entire interaction between the two was caught on Tillman's doorbell video camera. "Melissa advised Patricia to not touch due to the infant being infected with scabies," says a police report obtained by Fox 35. "Melissa then fled the area. Patricia informed Deputy Campbell the infant was abandoned with a soiled diaper, a half can of powdered baby formula, an empty baby bottle, and two soiled baby towels."

According to a report, Melissa Kelley told the woman not to touch the infant as he was infected with scabies. Kelley said she could no longer care for the child and that his dad would get him. https://t.co/Lt4T8sHmwz

While there were no comments made by the media or the police officers regarding Kelley's sobriety, Lake Count Sheriff's deputies would later find and take her into custody. With the help of the Lake County sheriff’s deputies, they located her at Lightfoot Road and State Road 40, a wooded area in Astor, the police report shows. According to People Magazine, she has since been charged with unlawful desertion of a child and child neglect. Kelley is being held on a $2,000 bond awaiting release. In a surprising twist, although she went on to say she had never seen Kelley before, Patricia Tillman later found out her daughter was dating the baby's father. That means that it wasn't any random house after all and there could have been a history there that didn't yet come to light.

Meanwhile, the Daytona Beach News-Journal obtained the official police report which stated that Tillman had then gone on to call her daughter's boyfriend, 28-year-old Clayton Zinck. After she was unable to reach him, she reached out to Zinck’s parents, who allegedly said they would not pick up the child and said they would not wake a sleeping Zinck, according to the outlet, citing police deputies. The Sheriff's investigators reported that Zinck had already informed Kelley that he did not want to remain in a relationship with her. The news journal stated that police found out that she texted family members saying: "please don't make me throw this baby in the trash." She also allegedly sent texts that suggested she was suicidal.

Florida woman abandons sick newborn with dirty diaper & scabies after boyfriend breaks up with her: Police https://t.co/Riz3nwrEbX via @crimeonlinenews

Following these events, the Department of Children and Families has taken custody of the infant, until a final decision is made by the authorities. The baby was treated at a nearby hospital for a possible infection of scabies, which is an infestation of the skin by human itch mites. As of Monday morning, Kelley has not yet entered a plea and court records did not reflect an attorney authorized to speak on her behalf.

Child abandonment appears to be on the rise. Women who choose to abandon often find themselves in desperate situations.
If you need help with a crisis pregnancy, or know someone who needs help please what’s app us on: 0827833374 pic.twitter.com/9MRrRinq9y

Aside from this incident, not all cases of child abandonment are clear, and can often fall into a gray area of the law. If you know anyone facing child abandonment charges, you should immediately consult with a criminal defense lawyer in your area. In the off chance that you are placed in the temporary care of an infant that you are not the legal parent or guardian of, contact the Department of Children and Families or your local law enforcement center. Regardless of what the situation is, the child involved is still innocent and is oblivious to what is going on around him/her. Their safety ought to the primary concern here, regardless of whose baby it is.