Daniel Ray Logsdon was hit and killed by an SUV on Friday evening while crossing the street. He had just left from work at a nearby Taco Bell. 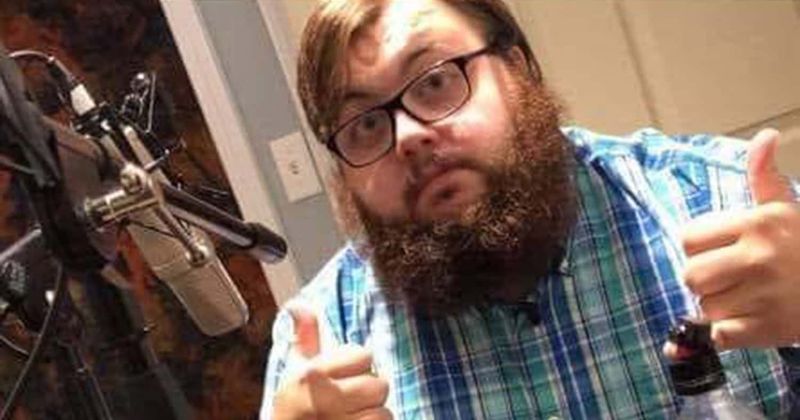 The mother of a Kentucky man is seeking justice after he was fatally struck by a moving SUV while crossing the street. "I want you to see the hurt that you caused, you need to see that hurt," Daniel Ray Logsdon's mother, Patricia Bishop, said at a press conference, WLKY reports. "You took off on foot, not caring whether you killed him or not – you murdered my son." Her son was hit by the SUV on Friday evening while crossing the street. He had just left his shift at the nearby Taco Bell where he worked, WHAS11 reported. Bishop said that her son is a father of two, loved his job, and was just on his way home when this incident took place. The crash happened around 8 pm in the 5400 block of New Cut Road, Louisville Metro Police Department spokesperson Alicia Smiley said.

The driver had allegedly fled the scene and the vehicle was later found abandoned in a parking lot nearby, according to WDRB. In Kentucky, leaving the scene of a hit-and-run accident is considered a Class A misdemeanor unless death or serious physical injury is involved. At that point, it becomes a Class D felony. The penalties that can be imposed for a Class A misdemeanor is up to 365 days in jail and a maximum fine of $500.

"My guts wrenched," Bishop told WLKY of the moment she learned of her son's death. "My heart broke – and I can't even think straight." Authorities were notified at once and they continue to investigate Logsdon's death. His mother is primarily focusing on finding her son's killer whilst taking care of his family.  "You really need to come forward, please come forward," Bishop said. "Please turn yourself in, I'm begging you to turn yourself in for my grandchildren's sake."

'You Murdered My Son': Mom Pleads for Justice After Son Killed in Hit-and-Run After Leaving Work https://t.co/PkYdaeMmLO

There is a memorial that has been erected by Logsdon's family and friends right in the place where he was killed. Furthermore, a GoFundMe page has been set up by the family and has raised nearly $2,000 of its $5,000 goal at the time of publication of this report. "My brother was killed 2 days after his birthday. He was on new cut road and an SUV ran him over and ran..The person is yet to be found and he didn't have life insurance. He leaves behind 2 children very young children, 3 and 10..This is death number 7 in our family in less than 2 months. Anything you have to help would be amazing... thank you," the page stated. Louisville Metro Police are still looking for the driver. Anyone with information on the driver's whereabouts is asked to call LMPD's anonymous tip line at 502-574-LMPD (5673).

In related news, the Louisville Metro Police have been investigating another tragic event that took place on Interstate 265. A pedestrian was allegedly killed in a hit and run that occurred around 4 am on a Sunday last month on Interstate 265 near Billtown Road. According to a news release by the Kentucky State police, the pedestrian was identified as a 5-foot-6, 130 pound male with short black hair and brown eyes. He was struck by a 2020 Kia passenger vehicle that has later been shown to be operated by one 22-year-old Brandi Willis of Champaign III.

The release stated that Willis was driving in the southbound left lane near the 23-mile marker when the pedestrian entered the roadway into the path of the car and was struck. The victim was pronounced dead on the scene after Warren County Coroner's Office arrived to check on the incident.  KSP Post 3 spokesman Trooper Daniel Priddy said the incident “was not a hit-and-run." as the investigation is still being led by State Trooper Brent Davis.