After 250 Years, Native American Tribe Gets Back 1,200-Acre Ancestral Lands In California

The Esselan tribe bought a 1200-acre ranch along the Big Sur from taxpayer fund raised to improve and promote Native American culture in California. 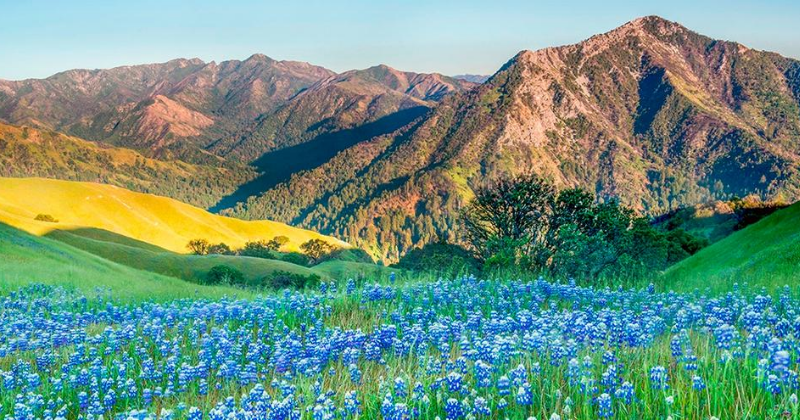 A Native American tribe has officially reclaimed a part of their ancestral land in California's scenic Big Sur coast after ceding control more than 250 years ago to Spanish colonial settlements, courtesy of a conservancy group. The Esselen Tribe, which is one of the state's least-known tribes, has now taken control of over 1,199 acres which is located about 5 miles inland of the ocean in what is said to be a $4.5 million deal with the state and the Western Rivers Conservancy, reports CNN. The landmark move is the first-ever restoration effort for the tribe which had reportedly lost 90 percent of its 1,000 member group due to diseases in the early 1800s.

"Nearly 350 years ago, when Spanish soldiers built a military outpost in Monterey, the Esselen tribe — who had lived in the area for 8,000 years — was decimated.

On Monday, for the first time, their descendants finally got some of the land back." https://t.co/BOrdpn8nsy

Speaking of the deal, Tom Little Bear Nason, the tribe's chairman said, according to ABC7: "It is beyond words for us, the highest honor. The land is the most important thing to us. It is our homeland, the creation story of our lives. We are so elated and grateful." The land in question lies to the north of the Little Sur River, where endangered steelhead fish spawn lives, and encompasses old-growth redwoods, oak woodlands, and meadows, the report said. Sue Doroff, president of the conservancy group said: "The property is spectacular, and on top of that it repatriates land to a tribe that has had a really hard go of it over the years." The property is reportedly called Rancho Aguila and was put up for sale by Axel Adler's family, who's a Swedish immigrant who bought it in the 1950s but passed away in 2004.

The tribe purchased the 1,200 acre ranch near Big Sur as part of a $4.5m deal and will use it for educational and cultural purposes https://t.co/YttTvlL2n4

Western Rive Conservancy, which is based out of Portland Oregon, negotiated the purchase of the property so as to transfer it to the US Forest Services. However, that plan fell through after a few of the residents of the area raised concerns over the heightened use of the land by visitors and the agency's ability to take care of the land. The group reportedly then began working with the Esselen Tribe and received a $4.5 million grant from the California Natural Resources Agency to pay for the $4.35 million purchase price and pay for land studies.

Money for the purchase came from voter-approved parks and water bond from 2018 which earmarked $60 million for competitive grants to acquire natural, cultural, and historic resources belonging to Native Americans in California. The tribe's chairman said it will build a sweat lodge and traditional village to conduct traditional ceremonies as well as to teach the public and its culture. Nason also stated that there would be no homes or businesses on the land.

Speaking of the land acquisition in October 2019, Nason had said in a press release: "It is with great honor that our tribe has been called by our Ancestors to become stewards of these sacred indigenous lands once again. These lands are home to many ancient villages of our people, and directly across the Little Sur River sits Pico Blanco or 'Pitchi', which is the most sacred spot on the coast for the Esselen People and the center of our origin story."

“We are back after a 250-year absence...Getting this land back gives privacy to do our ceremonies" says Tom Little Bear Nason (Esselen Tribe of Monterrey County) https://t.co/sFh7xTnPOK

The tribe had remained landless for since the Spanish colonies took it off their hands and the situation remained the same till Monday but things changed after the latest acquisition. The Esselen Tribe is a small group of Indigenous Hokan speaking People who lived in the Santa Lucia Mountains for over 6,000 years.

An Indigenous tribe in northern California has reclaimed over 1,000 acres of their ancestral lands near Big Sur.

The Esselen tribe will use the land for traditional ceremonies and to educate the public about their culture.