Necco Wafers Back In Stores After A Two-Year Break

These disc-shaped colored candies will taste and look the same as the original, with the exception of chocolate that will have a richer flavor of cocoa. 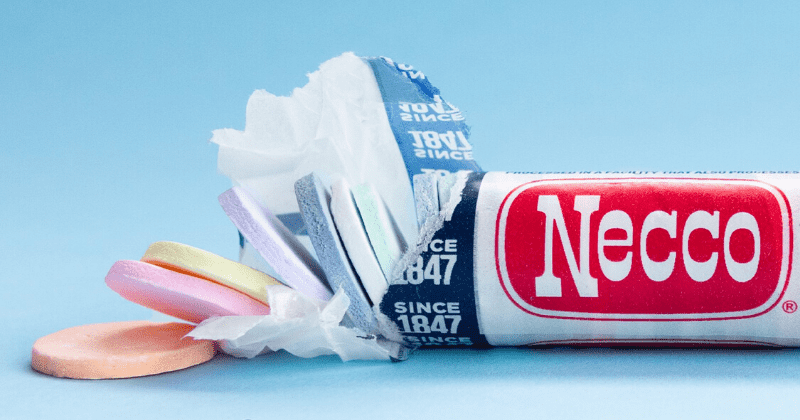 In the midst of these trying times, here's some sweet news that will cheer you right up. Necco Wafers, the original candy wafer, is making a comeback after a two-year hiatus, and we couldn't be more excited! The Ohio-based company, Spangler Candy, announced that it would roll out these nostalgic treats in its iconic wax paper rolls filled with its assorted flavored discs in June and July reports Candy Industry.

After a 2 year absence, Necco Wafers are returning to stores this summerhttps://t.co/3wIy24oTDy

No judgement. My brother sent me a carton of peeps for my birthday. And I'll happily eat each and every one!

Kirk Vashaw, CEO of Spangler Candy Co said, "Just when comfort food is experiencing a resurgence, Necco wafers are back with that very kind of familiar, comfortable feeling we all seem to be craving. We are delighted to bring Necco Wafers back into production and to share in their sweet return with fans old and new."  Created in 1847, the New England Confectionery Company, or as it's popularly known Necco Wafers have been around for over a century and carries with it a piece of history. According to their website, "They were carried by soldier during the Civil War. In 1913, explorer Donald MacMillan took Necco Wafers on his Arctic explorations, sharing them with Eskimo children. Later in the 1930s, two and a half tons of Necco Wafers were taken on an expedition to the South Pole, which amounted to about a pound a week for each person during their two-year stay. During World War II, the U.S. Government requisitioned a major portion of the production of Necco Wafers. The candy was perfect for shipping to troops overseas since it doesn’t melt and is very portable."

So happy I love them! My dad used them as bribes when we were young haha.

Necco Wafer enthusiasts will be pleased to know that the original recipe for the Necco Wafer remains essentially unchanged, although the chocolate wafers (brown) taste a little different. Vashaw told Today, "Connoisseurs may notice a slightly richer taste to the cocoa. It's the same flavor, but we use a slightly different process. To our palate, it brings out the flavor a bit differently." The remaining seven flavors and colors will be identical to the original. They are lemon (yellow), lime (green), orange (orange), clove (light purple), cinnamon (white), wintergreen (pink), licorice (dark grey).

This was my dads favorite candy.....he could make a package last a week....

The wafers are being produced in a Mexican facility. Vashaw said, "We know fans have been waiting anxiously for the return of Necco wafers and anticipate high demand. Our production lines will continue to run as fast as possible to keep stores in-stock." Necco had abruptly shut down in 2018. Today reports that "Assets were auctioned off and Vashaw's Spangler Candy (home to sweets like Dum-Dums lollipops and Circus Peanuts) snapped up several classic Necco brands, including the eponymous wafers and Sweethearts, which returned this year for Valentine's Day."

Necco Wafers will be available in summer starting with drugstores, some grocery stores, and followed by retailers. To know where you can lay your hands on these nostalgic goodies, click here.