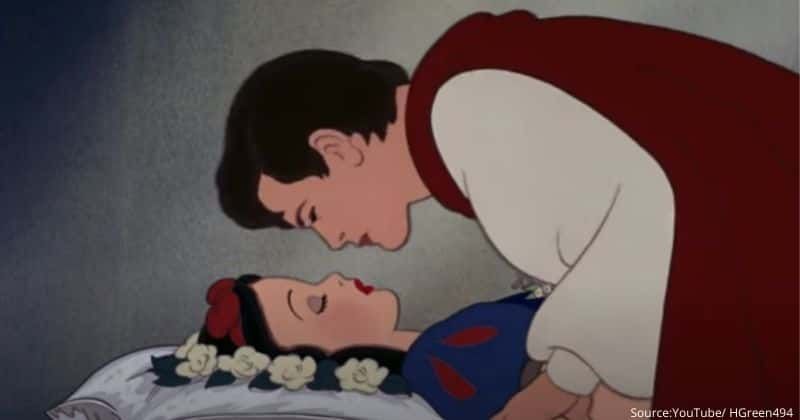 After it was shut for over 400 days due to the pandemic, the Disneyland-themed park in Anaheim, California, finally re-opened on April 30 to a sea of people. People were eager to try the all-new "Snow White Enchanted Wish Ride." It was earlier called the "Snow White's Scary Adventures in Disneyland," and was one of the most popular attractions of the park. It was praised for its upgrades replete with new audio, animation, music, and stunning visual technology that includes laser projections and LED lights. However, there was a portion of the ride that ran into an unexpected hurdle. This is the grand finale of the movie, where Prince Charming kisses a sleeping Snow White to wake her up with "true love's kiss."

San Francisco Chronicle criticized the depiction because the kiss was "without her consent." Katie Dowd, the managing editor of the paper, and Julie Tremaine, a contributing editor penned a glowing review of the ride but called the depiction at the end of the ride, a "problem." Recently, Disney has been trying to be more politically correct by removing problematic scenes from its movies.

When it was already doing this, the editors thought it odd that the company would choose to include the scene in its iconic ride. But there were others who disagreed with the publication's point of view. The review had stated: "The new ride includes a more comprehensive storyline — but that's also the problem. The new grand finale of Snow White's Enchanted Wish is the moment when the Prince finds Snow White asleep under the Evil Queen's spell and gives her "true love's kiss" to release her from the enchantment. A kiss he gives to her without her consent, while she's asleep, which cannot possibly be true love if only one person knows it's happening." People raising the issue of consent over the scene is not new. One of them was a feminist professor named Kazue Muta from Osaka University according to a New York Post report

Now they want Snow White to give consent to be kissed 🤦‍♂️I'm done with nonsense...

I can’t believe I’m gonna do this but
1. Snow White was minor.
2. The prince didn’t have consent.
3. The whole story is kinda of awkward and makes no sense.
4. Disney has made many controversial movies and tv shows.

She argued the characters of princes from Snow White to Sleeping Beauty depicted "quasi-compulsive obscene sexual acts on an unconscious partner." Voicing a similar concern, Dowd and Tremaine further wrote, "Haven't we already agreed that consent in early Disney movies is a major issue? That teaching kids that kissing, when it hasn't been established if both parties are willing to engage, is not OK? It's hard to understand why the Disneyland of 2021 would choose to add a scene with such old-fashioned ideas of what a man is allowed to do to a woman, especially given the company's current emphasis on removing problematic scenes from rides like Jungle Cruise and Splash Mountain." They added that Disney could surely do a better job and change some things.

People are getting mad over consent in a fucking fairytale😂😂😂

The author is quite correct. The ending of Prince Charming violating Snow White never crossed my mind. Disney should have addressed that during the refurbhisment.https://t.co/qKZ6mNTO5a

"Why not re-imagine an ending in keeping with the spirit of the movie and Snow White's place in the Disney canon, but that avoids this problem?" they concluded. Many people thought the publication was taking the whole "cancel culture" too far. Twitter handle @JordonOlson8 wrote: I think we are all being trolled and this small group of people just keep pushing to see how far backwards people will bend over to accommodate their increasingly bizarre rants...Another Twitter user @MahmoudGhaleb1 added: How I can’t stand those new concepts and trends being applied on decades old classics that have given generations so much pleasure watching with no wrong or negative repercussions whatsoever on them. Others like @FaithKMoore who claimed to be an author even challenged one of the authors to a debate.

What are they getting mad about today? Here's a "straight news" segment about the purported cancelation of Snow White at Disneyland that is built around a single op-ed that criticized the ride. https://t.co/q39MRZX8Wa pic.twitter.com/j0xg0sp5dq

She wrote: Hi @KatieDowd! This notion of consent in Snow White seems to be going around a lot lately. But I'd argue (and do in my book) that Snow White would readily give her consent to be kissed since not kissing her would condemn her to eternal sleep. Wanna debate? Another handle @mjpmke wrote the entire argument was invalid: In defense of Snow White, the Prince did NOT think he was kissing a sleeping woman w/o her consent... he thought he was kissing the corpse of someone who’d been dead for a year.