The new guidelines have left plenty of people annoyed as they won't be able to celebrate Halloween. 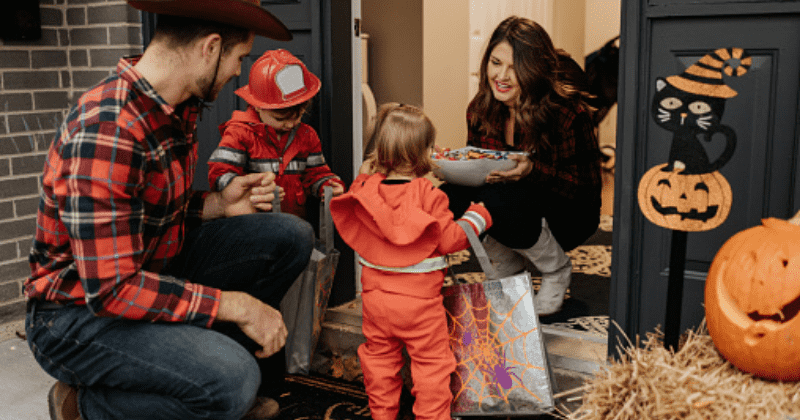 The pandemic is set to dampen the mood of Halloween like it has with all the other major events since the beginning of March this year. As per the Los Angeles County Department of Public Health guidelines, there will be no trick-or-treating, no partying, and no festivals whatsoever, reports CBS Los Angeles. "Door-to-door trick-or-treating is not allowed because it can be very difficult to maintain proper social distancing on porches and at front doors especially in neighborhoods that are popular with trick or treaters," the public health body said. "Trunk-or-treating’ events where children go from car to car instead of door to door to receive treats are also not allowed," it continued.

No trick-or-treating, no parties, no carnivals and no festivals. In light of the ongoing pandemic, the Los Angeles County Department of Public Health has issued new guidelines for Halloween https://t.co/s0ofnCwsYT

Also in the guidelines are the restriction of gatherings or parties with non-household members even if they are held in a house-hold setting. Events like haunted house attractions, live entertainment, carnivals, and festivals are also not allowed, which leaves digital parties as the only avenue to help people celebrate the spooky festival safely. The other activities allowed during this impasse include online parties and contests like pumping carving or costumes, Halloween movie nights at drive-in theaters, Halloween-themed meals at outdoor restaurants, car parades following social distancing norms, Halloween-themed art installations at outdoor museums, and home and yard decorations. The guidelines have also brought changes to the already existing plans. For instance, Universal Studios has had to cancel its Halloween Horror Nights event while the Haunted Hayride has been moved from Griffith Park to San Dimas and re-imagined as a drive-up experience.

Hate to report this... NO trick-or-treating will be allowed in Los Angeles this year. Trunk-or-treating (car to car) is also not allowed due to the pandemic. To top it all off... #Halloween is on a Saturday this year. @ABC7 https://t.co/Hvgy1MDjDT

While some people are hopeful that the festival can still be celebrated, others are letting their displeasure known against the LA public health office for coming up with these measures. According to the CBS report, Ron Moazzez, a costume store owner on Holywood Boulevard for the last 35 years, has said that people can and should celebrate this year and added: "People decorate their house, backyard… and [on] Hollywood Blvd, it’s always Halloween. There doesn’t need to be a private party.” People on social media also had their fair share of thoughts on the issue. Emmy winning Conservative talk show host John Ziegler wrote: "THIS IS WAR!! Totally insane!! You “cancel” kids “trick or treating” (an outside & super safe event) 53 days out as virus is fading?! The ONE YEAR in these kid’s lives it’s on Saturday?! If Los Angeles doesn’t rebel against even THIS, then ALL is lost! I will DIE on this hill!" Racelle Rosett wrote: "Alarming to see how many people are willing to risk the health of their fellow citizens. The children can stay home and eat a SNICKERS this year. They’ll be fine."

Los Angeles, you have officially lost your fucking mind. https://t.co/xBNPI5HrEL

Kimberly Ann gave a summary of sorts of how the situation was expected to be brought under control in a few weeks but has instead gone on for over 6 months. She even added that no amount of guidelines will keep her city from celebrating, and wrote: "Back in March when this sh*t started.. if you would have told me no high school football or Halloween for that matter I would have doubted your judgment.. yet here we are. 6/7 months later and covid is still here. I guarantee Halloween will continue in my town, it’s on a Friday[Saturday]." David Whitbecker, meanwhile, added that he plans to start a protest and urged people to show up in costumes to join him. He wrote: "I’ll be hosting a protest of this “guideline”, bring your costumes and we will stay in the streets where people are allowed to do what they want anyways. What a joke."

🎃 - Concern for the spread of COVID-19 is prompting many Halloween festivities to be banned by the Los Angeles County Department of Public Health. Thoughts? https://t.co/SsYKyjfelZ