Obama Says Not Giving Dolly Parton The Medal Of Freedom Was A 'Screwup': "I'll Call Biden"

The former president said he was shocked when he learned the 'Jolene' singer hadn't already been given the highest civilian honor. 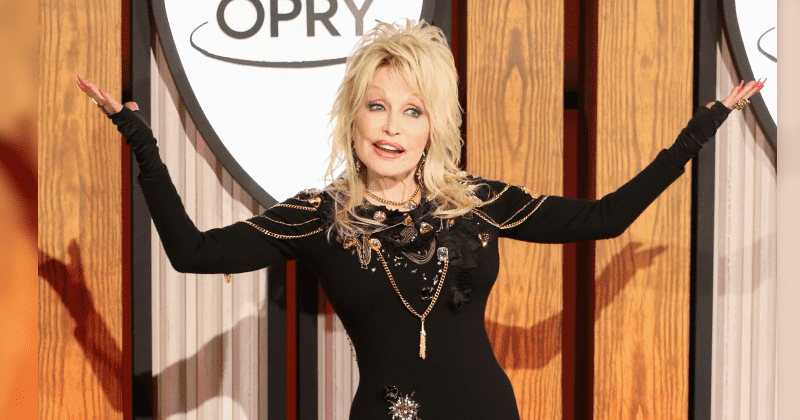 Former President Obama says it was a major screwup on his part to not honor singer Dolly Parton with the Presidential Medal of Freedom during his tenure in the White House. Barack Obama had honored multiple musical artists and public figures but said he failed to honor Parton only because he thought she had already received the Presidential Medal of Freedom, reported CNN. "That's a mistake. I'm shocked," said Obama on The Late Show. Host Stephen Colbert had quizzed Obama on why he didn't honor the 9 to 5 singer with the country's highest civilian award. "Looking back at your eight years, do you realize that's the mistake you made?" asked Colbert. "Actually, that was a screwup," said Obama, before adding, "I'm surprised. I think I assumed that she had already gotten one, and that was incorrect." He promised to do something about it. "She deserves one. I'll call Biden," said Obama.

Colbert also asked Obama what it was like to watch from the sidelines over the past four years. "Did you miss you? Did you ever look at something going on in the news and go, 'You know what this situation needs? A little Barack Obama.'" Obama laughed and said, "I found the work fascinating. But I do not miss having to wear a tie every day." Barack Obama was promoting his new memoir, A Promised Land. He also joked that he'd do a third time but only if he could work from his basement. “I used to say if I can make an arrangement where I had a stand-in or front-man or front-woman and they had an earpiece in and I was just in my basement in my sweats looking through the stuff and I could sort of delivering the lines while someone was doing all the talking and ceremony, I’d be fine with that because I found the work fascinating,” Obama told Colbert.

Some of the other prominent musical artists and public figures who received the highest civilian honor include Bob Dylan, James Taylor, Stevie Wonder, Diana Ross, Gloria Estefan, and Barbra Streisand. Parton received the National Medal of Arts in 2005 and the Kennedy Center Honors in 2006. Dolly Parton was in the news recently after research she partly funded was found to be 95 percent effective, according to early data. As we reported, Dolly Parton made $1m in donations to Vanderbilt University Medical Center in Nashville, one of the trial sites for the Moderna vaccine. Parton's generous gift was helping "several promising research initiatives," including funding an early-stage trial of the Moderna vaccine and a convalescent plasma study and research involving antibody therapies, according to Vanderbilt University Medical Center spokesperson John Howser, reported BBC.

When I donated the money to the Covid fund I just wanted it to do good and evidently, it is! Let’s just hope we can find a cure real soon. pic.twitter.com/dQgDWexO0C

"What better time right now, we need this. I felt like this was the time for me to open my heart and my hand, and try to help," said Parton on NBC’s Today Show. Jeff Balser, Vanderbilt's president and CEO, praised the singer for her generosity. "She cares so much about helping others and we are very grateful for her ongoing support. These funds will help us complete promising research that can benefit millions in their battle with the virus," said Balser.

The Jolene singer made the announcement in April after learning of the development of a potential vaccine from a friend. "My longtime friend Dr. Naji Abumrad, who's been involved in research at Vanderbilt for many years, informed me that they were making some exciting advancements towards that research of the Coronavirus for a cure. I am making a donation of $1 million to Vanderbilt towards that research and to encourage people that can afford it to make donations," she wrote on Instagram at the time. "Her gift provided support for a pilot convalescent plasma study that one of our researchers was able to successfully complete," said Howser. "Funds from Dolly's gift are also supporting very promising research into monoclonal antibodies that act as a temporary vaccine for Coronavirus. Two of these antibodies are now being tested by a global pharmaceutical firm."