The incident, described as "a tragedy" by Mayor Erin Mendenhall and Police Chief Mike Brown, show officers chasing Linden Cameron before shooting him. 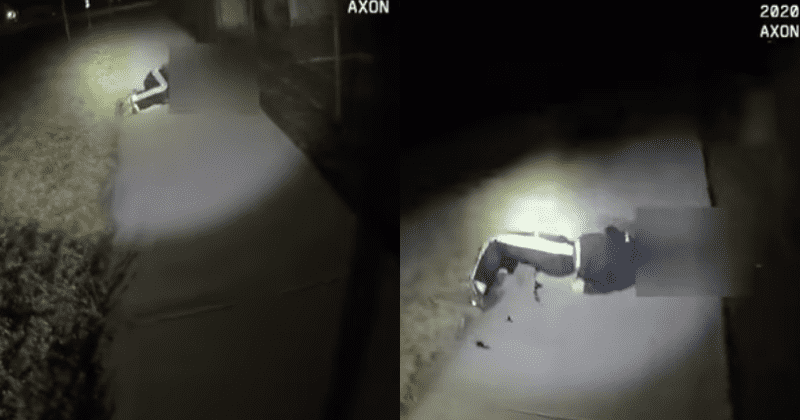 On Monday afternoon the Salt Lake City Police Department finally released the bodycam footage of its officer shooting a 13-year-old boy with autism. The video of the incident, which was described as "a tragedy" by Mayor Erin Mendenhall and Police Chief Mike Brown, shows cops chasing Linden Cameron on foot. Soon they catch up with him on a sidewalk and one officer is heard shouting, "Get on the ground, get on the ground. On the ground now. On the ground." This followed by ten gunshots fired in rapid succession. "I don't feel good," says Cameron as he lies on the ground. "Tell my mom I love her." He was then transported to Primary Children’s Hospital after sustaining injuries on both his ankles, shoulder, intestines, and bladder, per CBS News.

Cameron's mother Golda Barton never could have imagined that her son would be subjected to such a fate after calling the crisis intervention team (CIT) for help on September 4. Barton revealed that Cameron was experiencing separation anxiety as she was supposed to join work after almost a year. "I said, he's unarmed, he doesn't have anything, he just gets mad and he starts yelling and screaming. He's a kid he's trying to get attention, he doesn't know how to regulate," the heartbroken mother told KUTV previously. At the beginning of the video, Barton can be heard telling the officers that she needed help to get her son to the hospital. She warned the four officers on the scene about Cameron's fear of police officers because sheriff's deputies had shot and killed her father in January.

"He sees the badge and he automatically thinks like, you're gonna kill him or he has to defend himself in some way," she was heard saying in the video. Although she warned them about Cameron having access to a BB gun or a prop gun, she repeatedly told the cops, "I don't believe it's a real gun." Officers responded to this by saying, "So, unfortunately, we have to kind of treat them all as if they are." Two concerned officers also said, "We can call sergeant and tell him the situation because I'm not about to get in a shooting because he's upset." Three investigations have been launched into the case as Cameron's family continues to demand answers for the cops' violent response to a call for assistance.

"You call them, and they’re supposed to come out and be able to de-escalate a situation using the most minimal force possible," she said, adding that the cops wouldn't tell her why Cameron was handcuffed or shot. "Why didn’t they Tase him? Why didn’t they shoot him with a rubber bullet?" asked the devastated mother on KUTV. "You are big police officers with massive amounts of resources. Come on. Give me a break." Speaking to CBS News, Cameron's father, Michael, said that the footage was "the worst thing I've ever watched in my life." According to WFLA, Chief Brown and Mayor Mendenhall spoke out about the tragic shooting, while making references to their own children.

"A 13-year old boy was shot and as a father of three sons, this has had an impact on me personally," shared Chief Brown. "I know that this has made an impression on the women and men of the Salt Lake City Police Department and of course you, the community we serve. I believe in the face of tragedy, we have a responsibility to analyze the circumstances that unfolded through a lens of learning." Meanwhile, Mayor Mendenhall expressed, "As a member of this community and as the mother of a 14-year old boy, I am profoundly heartbroken and I am frustrated. This shooting is another tragedy. It’s a tragedy for this young boy, for his mother, and for families and individuals who have acute mental health needs. I think the community will look at this situation and they will see themselves or their loved ones reflected in it."

Watch the full clip released by the SLCPD below: