Laura Dunker, 31 will also have to complete probation following her release and will have to register as a sex offender. 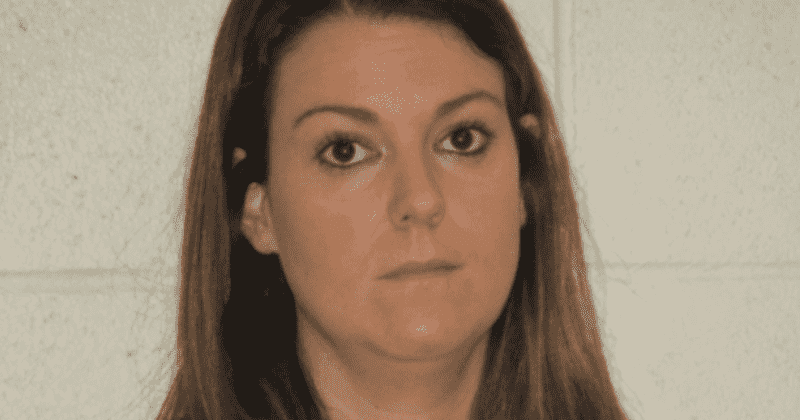 Trigger Warning: The story has details of child sexual assault that readers may find disturbing

A high school teacher in Ohio was convicted for sexually assaulting two of her students numerous times. She was sentenced to two years in prison. Laura Dunker, 31, worked at the Bedford High School in Cleveland and sexually assaulted two boys, who were students of the same school, between November 1, 2018, and October 19, 2019, reports PEOPLE. She is believed to have raped one of them four times—once inside her car in a park after picking him up from his house before school and three times at her own house. The second student was raped twice by Dunker. Dunker's crime became known once a school resource officer was informed about an inappropriate relationship between a teacher and a student, reports WKYC. The officer, in turn, informed the police, who carried out an investigation into the same.

By December 4, 2019, police collected enough evidence against Dunker to charge and arrest her. A $5,000 bond was posted for her release. Around early January 2020, appearing before the Cuyahoga County Court of Common Pleas, she pleaded not guilty to the charges of six counts of sexual battery. She also denied having anything to do with another charge—tampering with evidence. But by October of that same year, she pleaded guilty to two of the charges, reports Fox 8. The PEOPLE report revealed Dunker was convicted on Thursday but will serve the sentences concurrently. She will be on probation for five years following her release and will also have to register as a Tier III sex offender while re-registering every 90 days for the rest of her life.

Laura Dunker, 31, will spend five years after her release from prison on post-release control, and will be required to register as a sex offender every 90 days for the rest of her life. https://t.co/cKHqycJZ7h

Dunker also allegedly tampered with evidence, "knowing that an official proceeding or investigation was in progress," according to court documents. Prosecutor Michael O'Malley said in court, "Teachers are expected to be role models to their students and communities which they serve. She took advantage of these students and now must face the consequences." Dunker resigned from her job following the incident coming to light. A statement issued by the Bedford City School District Superintendent, Andrea Celico, read, “As I previously shared with our community, we immediately put the teacher on leave in order to protect the safety and well-being of our students. The Board of Education accepted her resignation on December 5."

Only 2 years? Ohio teacher Laura Dunker, 30, who had sex with two students in her car and at her home is jailed for two years https://t.co/BvjZ3Lw216

It added, “We offered services for those affected and will continue to offer support to those who may have been impacted by these allegations. As always, our priority is for the care and concern for the student victims and our school community as a whole.” Similar cases of teachers being convicted for raping their students are being reported rather frequently. We reported a case of a teaching assistant at a school in Naples Valley in Florida, who raped two 15-year-old students. Kristie Rosa, 27, was working at the Phoenix Alternative School under the Collier County Public Schools. She started by interacting with the students over Snapchat and things soon turned sexual. Rosa also provided them with alcohol and marijuana.

Northwestern middle school teacher Ellarea Silva is behind bars. Authorities say the 34-year-old is accused of having sex with a 15-year-old student.https://t.co/4OnI3csjui pic.twitter.com/tZzfDYJ9GY

In Louisiana, a high school teacher was convicted for raping her 15-year-old student at least 8-9 times at her home, while her child was inside the house, as per our report. Ellarea Silva was a science teacher at the Northwestern Middle School in Zachary. Silva began emailing with the student over the school's mail system but soon shifted their chats to their personal email addresses. Their chats soon turned sexual, with Silva sending the boy nude pictures and videos of herself. She then would pick up the boy from his home and take him to her house, where she would rape him.