The US Marshals have arrested Watkins for sexually abusing a little baby which just turned one in June. 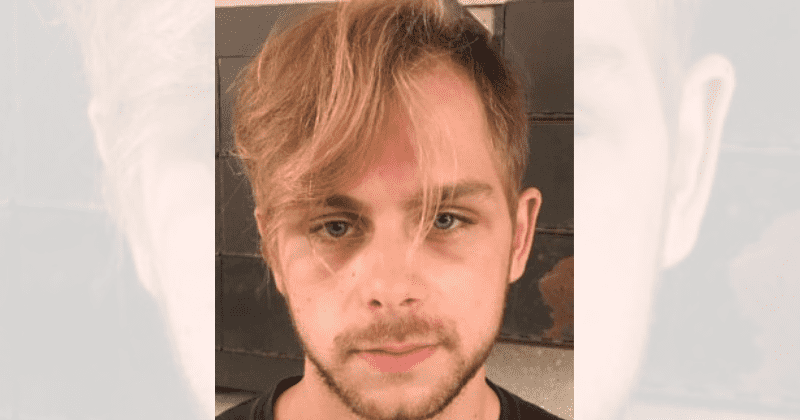 Trigger warning: This report contains details of sexual abuse of a minor

A man from Oklahoma who was accused of sexually assaulting a baby on camera and distributing the video on social media channels has been arrested after a lengthy manhunt. According to K-FOR, Brice Gage Watkins, a 22-year-old from Enid, was taken into custody by the US Marshals in San Marcos, Texas, on Thursday, the Enid police department announced. As per reports, members of the agency's Lone Star Fugitive Task Force in Austin arrested Watkins at the house of one of his associates. Currently, Watkins faces several charges, including a felony count of manufacturing child pornography, distributing child pornography, and three counts of lewd acts with a child under 12.

Brice Gage Watkins, 22, was arrested by the USMS Lone Star Fugitive Task Force for allegedly filming himself sexually abusing a baby and distributing the video via social media.

In a Facebook post, the Enid Police Department wrote: "An Enid man who filmed himself sexually abusing a baby and distributing the video via social media has been arrested today by U.S. Marshals in Texas. Members of the USMS Lone Star Fugitive Task Force – Austin Division took Brice Gage Watkins, 22, into custody shortly before 3:30 p.m. EST at a known associate’s residence in the 200 block of Cordero Drive in San Marcos, Texas." The department went on to appreciate the multi-agency cooperation which led to the search and the eventual arrest of Watkins while also thanking the efforts of various members of the public who submitted valuable tips aiding the arrest. The statement continued: "Watkins charged Aug. 14 with one felony count of distribution of child pornography. Charges were amended Aug. 28 to include manufacturing child pornography and three counts of lewd acts with a child under the age of 12."

The police also noted that the baby he abused had just turned one in June. People on social media were happy to read the news of a predator being apprehended and went on to praise the work of all the police officers involved. Tami Heffron wrote: "I am so glad he has been captured! He doesn't deserve to be out on the streets hurting innocent children or people anymore! Thank all of the officers involved, great teamwork!!!" Laura Sikes wrote: "Praying for this child & their family...great job to law enforcement for catching him & he's about to be passed around as a pretty boy over & over in prison & id say what goes around comes around." Honey Allen Harrell wrote that she was "so grateful". She said: "Wish had happened sooner. Straight to chair, do not pass go, do not get a get out of jail free card." Nancy Brown wrote: "Thank You Lord That He Has Finally Been Captured! He Definitely Don't Deserve To Be Out On The Streets Hurting Innocent Children And People Anymore! A Very Big Thank You All Law Enforcement's For Working Day & Night, Great Teamwork!!"

The alleged abuse occurred in Enid, OK. Police had charged Watkins with one felony count of distribution of child pornography. Additional charges of manufacturing child pornography and three counts of lewd acts with a child under 12 were added Aug. 28. The child turned 1 in June.

Janet Frye added a note of thanks to the person who directed the police in Watkins' direction and wrote: "I have to say a big huge thanks to the person having enough guts and sympathy to turn this in. If it wasn't for that person, he would be running free with no regrets for what he has done. Thank you...whoever you are!" Tony Nethercutt wrote: "He will get what he deserves and more let him like it then he will be begging for his life I am glad he is caught." Carolyn Bratcher added: "So thankful this worthless thing got arrested & hope he gets life or more for what he did. Unless he gets a 'liberal' judge he MAY get what he deserves. Would love to see how he likes being the 'baby' in prison."