Despite the pandemic, Hester Ford's family will celebrate her big day with a giant drive-thru. 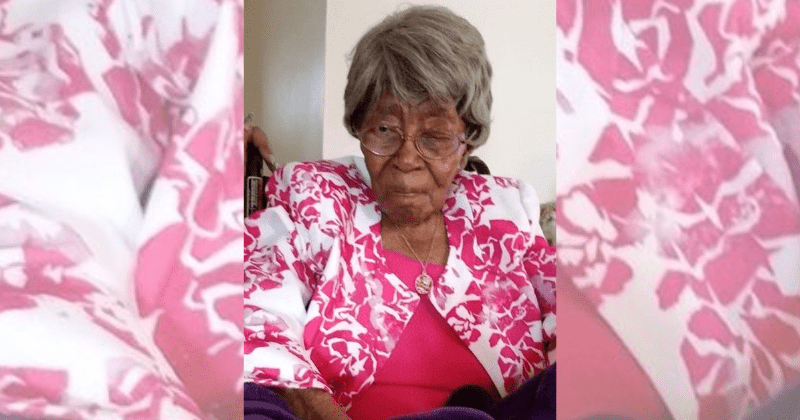 Hester Ford is all set to celebrate her 116th birthday in Charlotte, North Carolina. The oldest living American will ring in another year from her home in Queen City due to the ongoing coronavirus and social distancing protocol. Despite the restrictions, her family will leave no stone unturned while celebrating her big day. In fact, her grandchildren are making sure to throw a birthday bash that she truly deserves. According to 11 Alive, two of Ford's grandchildren Mary Hill and Clayton Harris revealed they have organized a giant drive-thru celebration for their loving granny this weekend.

The oldest living American was born on this day in ~1904 in Lancaster County, South Carolina and turned 116 today. Happy Birthday to our mother, Miss Hester Ford 🎈 pic.twitter.com/LK3v3yW7Lj

"We are doing a re-do of 115 and celebrating 116 coming into," said Hill. "So we are excited about the cars coming back in and just acknowledging her and letting them know that we love her." Ford has lived through many historic events, including the time Theodore Roosevelt was elected for a second term as President of the United States, as she was born on August 15, 1904, in Lancaster, South Carolina. Ford's grandchildren explained that their grandmother perfectly understands the health crisis which is going on in the world right now because she has lived through the 1918 flu pandemic.

"She said this kind of reminds her of that time back then. She just said she remembers that a lot of people were sick," said Hill. She continued sharing how Ford's mother would help take care of her sick neighbors during the pandemic. "That's my grandmother’s spirit," said Hill. The strong grandmother was a hard worker who toiled on a farm. In addition to picking and planting cotton, she plowed the field and also chopped wood. After a few years, she got married and had 12 children, eight girls and four boys, with her husband.

In 1953, she moved to Charlotte and spend more than 20 years working as a nanny for two families in Myers Park. Her family revealed that she has lived in the same house for more than 58 years because she loves Charlotte and considers it her home. "We are just glad to be apart of the fabric of Dalebrook and of Charlotte, North Carolina," said Hill. "Her church is 5 minutes away, she loves her church," said Hill. Unfortunately, the oldest living human in the United States has been missing church due to COVID-19.

The pandemic forced everyone, especially the vulnerable elderly people into their homes. Thus, Ford has been limited to her home and misses her church visits which have been an important part of her day-to-day routine. "She usually calls once a month the first Sunday of the month, but with the virus, she hasn't been able to go. So they always send CDs and the deacons come and give her communion," shared Hill, adding that her grandmom has been blessed with not only a loving and supportive "blood" family but also a church family. "Just the love, the outpouring of love is so important," said Harris. "Yes, you know, we thank God for that. Just being able to embrace that love."

Ford has a surprisingly long list of descendants, including 12 children, 48 grandchildren, 108 great-grandchildren, and approximately 120 great-great-grandchildren. Both Harris and Hill say they are very blessed to have had so many years with their sweet grandmother. "It’s so important if you do have loved ones, no matter what their age, cherish them especially when they get older. and don’t forget to celebrate them," said Harris, noting the brevity of life. For years, Ford thought she was born in 1905 but the census bureau revealed last year that she was born in 1904, making her the oldest person the country and seventh oldest in the world, per Gerontology Research Group. Her family urged people who wish to send Ford gifts and flowers to donate to the National Kidney Foundation.