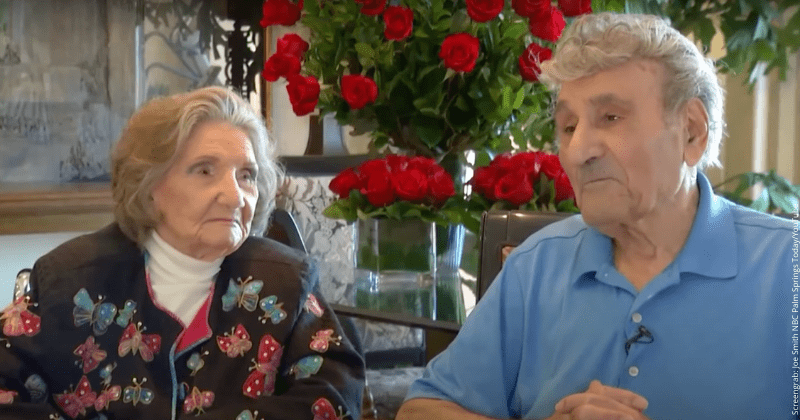 This elderly couple from Nebraska is the perfect example of a marriage and a union that was made in heaven. Ralph Kohler and his wife Dorothy Kohler have been blissfully married for 85 years. The couple recently celebrated their anniversary and are also America's longest-living married couple. But how does one keep the magic alive in a marriage for so long? According to the couple, taking interest in each other's passions and a life without alcohol and smoking are some of their secrets. "Love for one thing, and we enjoy the same thing. And if we didn’t, we accepted it. Dorothy loves ballroom dancing, and I loved shooting clay targets. I joined her with ballroom dancing, and she joined me with trap shooting," Ralph who is 102-years-old told WOWT while adding, "Neither one of us ever smoked and drank."

'Everybody said it would never last': Married as teenagers, Ralph and Dorothy are now celebrating 85 years of marriage https://t.co/jfd9IMyKUZ

"I cooked, and he liked to eat," Dorothy who is nearing 101 said. Giving out more pearls of wisdom on how to solve conflicts, Ralph added, "If we ever had a problem, I agreed to it. That’s the best way to get out of them." Making an effort to partake in one's significant other hobbies is one thing, mastering it is quite another, and this what the couple exactly did. According to the Daily Mail, they became ballroom dancing champions after entering into several competitions around the country. Together, they earned 300 awards and trophies including winning the Las Vegas Gold Bar Competition in their heydays. Dorothy, too, became a national champion in trap shooting in 1952. Ralph himself spent several years as a waterfowl guide and guided 55,000 hunters from around the world at his waterfowl blinds. He was inducted into the Legends of the Outdoors Hall of Fame in 2006.

When the couple first decided to marry, they were deemed to be too young. Ralph was 17 and Dorothy was just 16. The two had fallen in love and Ralph decided to pop the question when he realized she was moving away to Colorado. In 1935, the two went to the Burt County Courthouse in Tekamah, Nebraska. They finally found another judge who let them marry. However, they were naysayers who opined that their relationship would not go the distance. "Everybody said it would never last. You don’t ever think you’d make it. We did. That’s the main thing." When the couple was in their nineties, they decided to move to California to be nearer to one of their three children. This was their youngest child named Kay Burden. Their middle child, also a daughter, named Jeannie, lives in the state itself, and their eldest, a son named Max, lives in Albuquerque, New Mexico.

The couple has a large family comprising seven grandchildren, six great-grandchildren, and two great-great-grandchildren. Ralph and Dorothy were also included as part of the Longest Married Couples Project, said its coordinator, Dick Baumbach in 2018. He confirmed that the couple is "certainly among the longest-married couples in the country" according to Omaha.com. Baumbach also stated then that in the eight years of his project, 83 years is the longest marriage that has been honored in 2018. The  Longest Married Couples Project is part of the World Wide Marriage Encounter that nominates around 300 to 400 couples annually from across the country. Burden, who is in her 70's, said her parents still love to spend a lot of time together.

Childhood sweethearts, ages 102 and 100, celebrate their 85th wedding anniversary and credit their longevity to a love of clay-pigeon shooting and ballroom dancing and no smoking or alcohol Ralph Kohler and Dorothy Redding
via https://t.co/pevZ0rUZti https://t.co/wuVRN1bLRX

They play cards and even hold hands while watching TV during bedtime. Her father still writes poems for Dorothy and sings her favorite songs from their younger days.