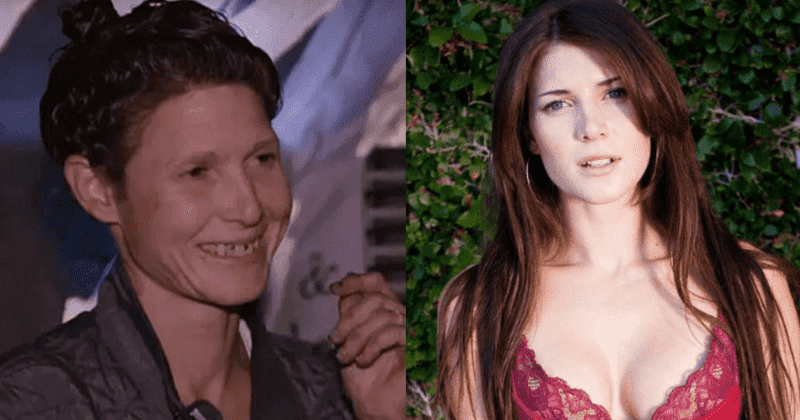 Jenni Lee was once a world-famous pornstar in the early 90s. Her life has drastically changed since those days of stardom. She now stays in the sewer tunnels of Las Vegas living a life of squalor and poverty. The 39-year-old was interviewed by a crew of documentary filmmakers who were working on a film about tunnels in the city.  She was living in a 200-mile long labyrinth along with a few others and seemed content Jenni, whose real name is Stephanie Sadorra, was found occupying a small area of the man-made caves with the bare minimum to get by reports the Mirror.

While the conditions she stayed in then and now are diametrically different, she did not appear particularly unhappy about the situation and underlined the positives of her living within a close-knit community. In fact, her replies were a bit philosophical in a way and showed glimpses about people who may have betrayed her during her lifetime and left her in the lurch while she dealt with many problems. "It’s not as difficult as you might think, everybody’s really respectful.  Everybody’s good to each other, which I don’t think you find much," she said.

She added, "I’m happy, I have everything I need here. People are more accepting (underground).” When asked whether she wanted a better life for herself and about leaving the tunnels, she said she was not particularly bothered about making it out and asked: "Why?" She added, "Sure there’s no water. I like that those hardships build camaraderie. I feel like you make more genuine friends," she said. It is not exactly known how Stephanie got to the tunnels but it is evident that t she had been through some tough times.

The tunnels were originally used to protect the city from flash floods but now is home to a number of homeless. The former adult actress was one of the most recognizable faces in the adult industry. and was born on February 11, 1982, according to IMDB. Stephanie is a native of Clarksville, Tennessee and is of mixed Irish, German, and Puerto Rican descent. Before she stormed the world of adult films, she worked as a mainstream model since the age of 19 years and was associated with some top modeling agencies in her hometown.