Nita Marie has almost 953,000 followers and makes a whopping $1.8 million. She believes it is her divine mission to explore her sexuality and help empower other women. 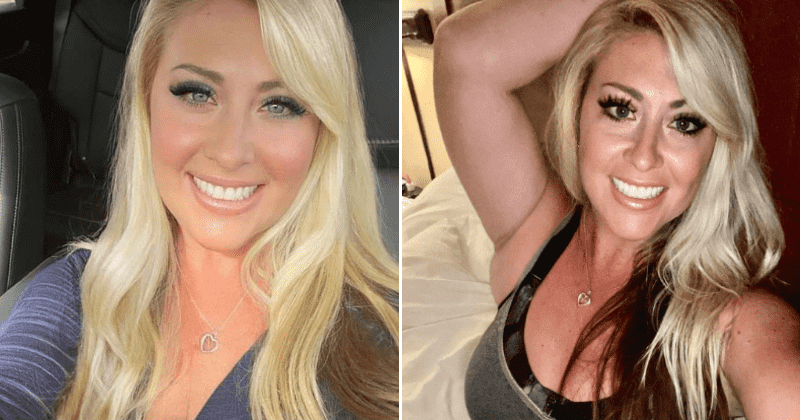 OnlyFans star Nita Marie said God's will be done. The 45-year-old from Colorado makes a whopping $1.8 million a year stripping on the content subscription service for strangers and she believes it's what God wants her to do. She is a devout Christian but unlike the conservative beliefs and teachings that are most commonly associated with the religion, Marie's Christianity is diametrically opposite. She believes it is her divine mission to explore her sexuality and change the way people think about sex. She also wants to help empower other women to embrace their sexuality, reported Fox News.

"I asked God if I should continue stripping off and the answer was always yes," she said. Having grown up in a household that did not practice any religion actively, Marie says she started her journey with Christianity as a nine-year-old after she dreamt about Jesus. She became very spiritual and has built a relationship with Christ, sans the misogyny. This is also the same relationship with God that encouraged her to build a career out of creating adult content online. "That experience helped me seek out Christianity and I built a relationship with Christ on a personal level, rather than one filled with doctrine written by men thousands of years ago," Marie stated.

"Marie asserted that Christianity has suppressed women’s sexuality from the beginning, but she believes this is not what God intended. To her, God gave her sexuality as a gift to share with others, where both parties are consensual." 👏👏👏👏🪦🪦🪦

After a divorce, her stripping job helped build a life for herself. She first started posting sexy pictures of herself post-divorce on Facebook. She then took to Instagram before taking to OnlyFans and now has 953,000 followers on the platform. "The Bible was written during a time when women were not allowed to read or write," she noted. "I believe it would be much different if women were able to be a part of writing it." Even though her intentions are noble and her goal is to empower herself as well as other women, not everyone approves of her choice of career.

She does the Lord's twerk.

"When I first started modeling I had a lot of Christian friends and family who shunned me," she said, according to The Daily Mail. "However, I asked God if He wanted me to continue and the answer was always yes." She added, "I see now that I was guided to continue so I could help women and men have healthy relationships with sex and their bodies. "I am so glad that I stayed the course so that I could continue to build a safe and loving community for other women in the adult modeling world." Her holy mission is one that wants to smash the patriarchy, especially the one in the Christian faith.

"The story of Mother Mary being a virgin and being impregnated by God sets the stage for all women to be shameful of their desire for sex and/or their need for sex," Marie said and added that women's sexuality has been suppressed from the very beginning. She also thinks that this is not what God intended. As per her radical beliefs, Marie's sexuality is a huge part of her faith that she considers a gift that "God gave us to experience with other people where both parties are consensual." She added, "When we experience an orgasm with someone else, we share a small part of how God feels about us."

"I want to let women and men know that there’s nothing wrong with embracing their sexuality and being religious," Marie said. "It all starts with loving yourself and trusting that when you have a desire for sex it is OK and healthy to ask for it." She acknowledged that the Christian faith "frowns upon the desire to have sex and to enjoy it" and wants to change the fact that "many people still hold shame around sexuality, particularly Christian women." Marie is also writing a book about her stance on religion and sexuality that will be published next year.