Lt. Adam Adamski faced harrassment in 2019 after a birthday ball and has not got closure. 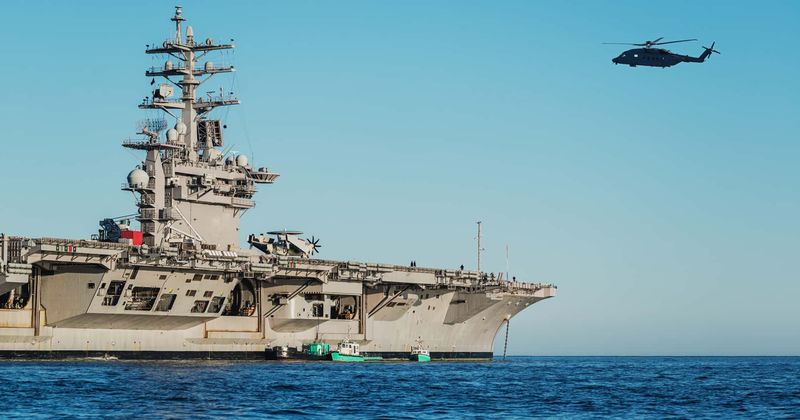 An openly gay US Navy pilot is set to retire from service after six years. While the choice to retire is his, there were hurtful conditions that led him to take this decision. The inaction of authorities has also left him feeling bitter. The Don't Ask Don't Tell policy (DADT) of the military came into effect nearly 2 decades ago, which did away with a ban on LGBTQ+ people joining the armed forces. But this does not mean they don't face discrimination and harassment anymore. For Lt. Adam Adamski, his years in service were filled with joy and support from his colleagues and his seniors, it however just took just one bad incident to override all the positivity serving in the armed forces as a gay man. Lt Adamski, is a helicopter pilot for the search-and-rescue squadron.

Our government and our armed services should treat all who serve with dignity and give them full equity.https://t.co/lfCirwxVRp

He was invited to a West Coast Marine Corps Birthday Ball at Pala Casino Spa and Resort, California in 2019.  When he came back to the hotel room, the marines were holding an after-party. Lt. Adamski told KBPS, "So, when I walked in the room, I knew something wasn’t right. The TV had been moved, like on a pivot to face the doorway. And I saw my dress whites draped over and around the TV and there was hard-core gay porn playing." While this might seem like regular horsing around and a harmless prank, for Lt. Adamski, it felt like something else. He didn't say a word to the authorities immediately since he was getting ready for his first deployment as a pilot. But word of the incident soon got out. Other Marines wanted to find the culprits behind the insensitive act.

He said, “I received numerous calls from people that are in the closet, in that squadron. Both men and women and openly gay service members. Telling me that they are upset. That the climate, especially for pilots, is not a good climate and they think that I should report it.” He finally did lodge a complaint which was also supported by the squadron commander in charge of the three Marines who were involved in the incident. An inspector general's investigation was also started. But one-and-a-half years later, he is dissatisfied with the final outcome. The squadron commander offered to pull their pilot's wings for the incident but Adamski thought it too harsh an action. He wanted something that would make a statement—an in-person apology from all three perpetrators, meeting with them where he could talk to them, and a mark in their permanent record.

But several months passed without any compliance. Major Alex Lim, the spokesperson for the 3d Marine Aircraft Wing, said the Marines initially acted immediately on the complaint. “Marines, sailors, in our units are treated in a culture of dignity and respect. We want to prohibit any activity where these individuals would be harassed,” he said. Lt Adamski was also in a serious relationship with an Air Force pilot at the time of the incident. But the incident led to their break-up. He also lost his desire to be in the armed forces following the incident. “I lost a lot. I’m not happy. I no longer feel I’m an effective leader, an officer, a pilot. I don’t feel part of the military anymore. I feel segregated,” he said. He has been summoned a few times to the Naval Air Command headquarters for speaking publicly about the incident.

Navy Pilot speaks out on atrocious experience of sexual harassment/discrimination by Marine Corps - “It’s one thing to have Don’t Ask, Don’t Tell removed...It’s another thing to have a culture where people feel safe being who they are.” 💔🏳️‍🌈https://t.co/AWzjRvO7MN

A road accident also made things worse. It made it harder for Adamski to qualify to fly. So he was given an option to retire which he took and he will be discharged in another 6 months. But what irks him is that the authorities have not brought any closure to the incident. He added, “Most people back down because of all this hassle and I won’t,” Adamski said. “I’m not someone who will back down easily or ever. I’m not going to do it."