The legendary vocalist has decided to ditch his classic silver fox look and opted for darker locks this time. 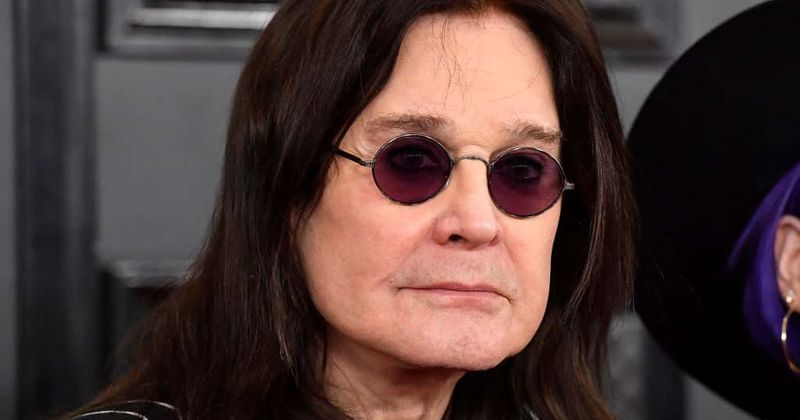 It's not quite AC/DC but Back in Black is the keyword for today as legendary vocalist Ozzy Osbourne has decided to ditch his classic silver fox look. Ozzy recently showed off his new dye job and opted for darker locks this time around as the singer recently celebrated his 72nd birthday. The former Black Sabbath frontman showed off his usual darker locks on Monday, making it plain to see under his black hat. He was spotted just as he left a meeting in Beverly Hills accompanied by an assistant, Daily Mail reports.

Ozzy, the self-proclaimed and colloquially accepted 'Prince of Darkness' just celebrated half a century in the music business this year. He honored this year by releasing his 12th solo album, Ordinary Man, back in February. Back in 2019, he suffered a fall which caused him to undergo neck surgery which has rendered him with severe nerve pain. Furthermore, Ozzy announced in January that he had been diagnosed with Parkinson's disease.

On Monday, Ozzy also posted a photo to his Instagram account which showed him to be in a very jolly mood. Tis' the season to be festive after all and he wrote: "Time to break these out" alongside a snap showing him wearing a Christmas sweater. The musician struck a fine pose in front of his kitchen sink for the amusing photo. On December 3, his wife Sharon Osbourne, 68, spearheaded the tributes for his 72nd birthday. She told her husband in an Instagram post: "I love you to the moon and back." The couple has been married for 38 years now, and are parents to Aimee, 37, Kelly, 36, and Jack, 35.

Towards late November, Ozzy appeared in an interview where he expressed deep remorse for having been unfaithful to Sharon during their marriage. "I’ve done some pretty outrageous things in my life. I regret cheating on my wife. I don’t do it anymore," he told in the interview. "I got my reality check and I’m lucky she didn’t leave me. I’m not proud of that,' he added.  The Paranoid singer's reality check appeared to be his 2016 split from Sharon, which came on the heels of reports that he had an affair with his hairstylist, Michelle Pugh.

Regarding his recent surgery and health, Ozzy said: "The surgery I had knocked the crap out of me. But I broke my neck in a quad bike accident [in 2003] and when that healed it squeezed my spinal column, so I was getting all kinds of weird things happening to me. I’d be on stage and I’d suddenly get a sharp shock down one side of my body. Then one night 18 months ago I went to the bathroom in the dark and just hit the ground. I said, “Sharon, I’m on the floor,” and she said, “Well, get up then!” But I couldn’t. Once you’re 70, the floodgates open and everything goes downhill. Mind you, I’ve got away with it for a long time."

So strange to see Ozzy Osbourne rocking his natural hair colour again after all these years.. 🤘🦇@OzzyOsbourne pic.twitter.com/33f6UQySI3

The singer also disclosed information about an issue he had with law enforcement in the past. "It was an experience I’m glad I did. I didn’t have money to pay a fine [for burglary] and my father refused to pay it for me, so I ended up in jail for three or four weeks. Jail was OK for a couple of days but then I got homesick. When I watch these crime things on TV and people get sentenced to forever and a day... I don’t know how they do it. I heard a brilliant story in New York. This guy knew he was going to get done for a long time so he packed up his butthole with a load of peanut butter. While he’s sat in the dock, he puts his hand down his pants and eats this peanut butter. He wanted to get off on insanity."